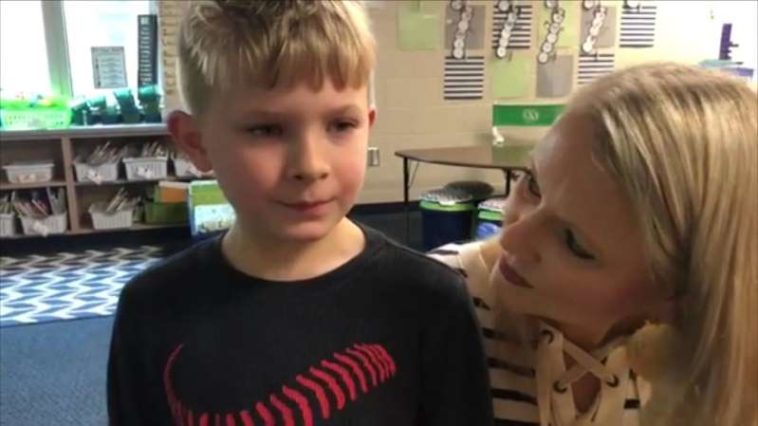 Keller Sutherland who is a school teacher at Ellen Woodside Elementary School in Greenville County in South Carolina is a person who believes that God used her to be play the role of heroine when one of her former students Cameron who last name was not released was seen riding his bicycle down a busy highway to go his grandmother’s house after his father whose name was not released had collapsed to the floor in his home due to a diabetic attack.

Even though Cameron’s father had in his possession a cellphone inside his home, Cameron was not able to contact the authorities since his dad his password blocked which prevented Cameron to get medical help. I do not know if there was a landline telephone inside the home or Cameron suffered a panic attack which made him get on to ride his bicycle to contact his grandmother who lives five miles away since his attempts to contact his neighbors fell flat.

Keller was driving on the same highway when she saw Cameron riding his bicycle in the busy highway. She went over to talk to Cameron on what the reason he was riding a bicycle on a highway that is considered dangerous.

When Cameron explained to Keller that he was seeking medical help for his father who suffered from a diabetic attack that made him pass out, Keller was able to contact the medical first responders to come to Cameron’s home to attend to his father’s medical illness.

The first responders were able to save Cameron’s father from dying since they arrived in the nick of time. Keller is now teaching students how to work with cellphones to contact the authorities when the cellphone code is blocked for the protection of their privacy.

In my book teachers like Keller are the real heroes of our world. They earn every dollar they make working one of the toughest professions of all time.