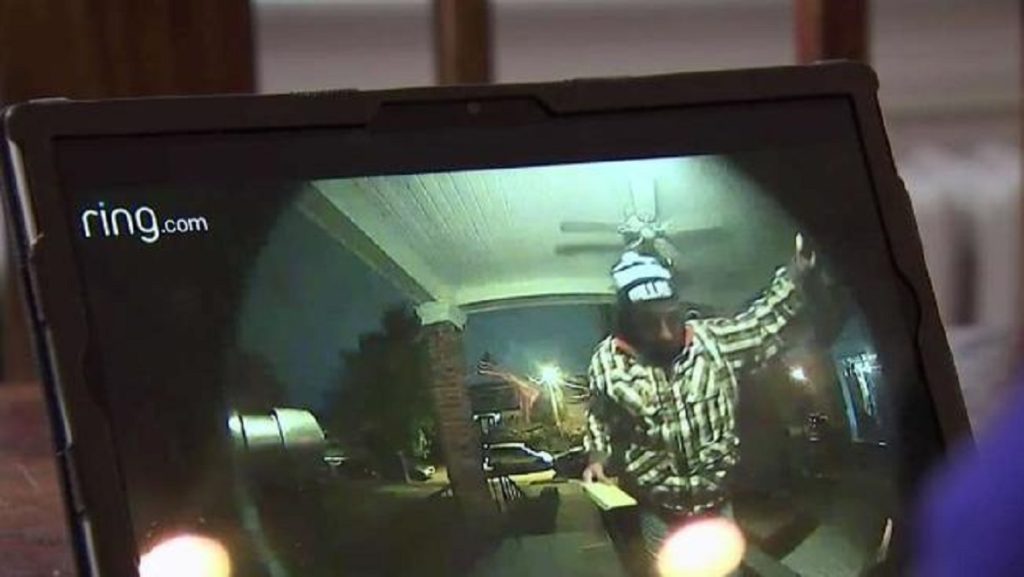 Katie Egger Makris is one lucky woman after she left her home in Washington D C on Thursday morning when she was getting ready to leave her home to attend an exercise class when she must have been outside getting her equipment to load on her auto when her wallet fell out of her gym bag on the street near her home.

Due to the high number of home invasions in her neighborhood, Katie had set up a security camera on her front door to record any crimes from thieves who would steal either her mail or packages.

Katie was shocked to hear the doorbell ring when a man who must be a Dallas Cowboys football fan since he was wearing a cap with the star logo was driving in his auto in the area when he found the wallet.

When the Dallas Cowboys fan found the address inside the wallet on the street, he decided to return the wallet to the Makris home by placing the wallet underneath the welcome mat and walk away.

Katie wants to thank the man personally for his honesty to return a missing wallet to the Makris home.

The family of the Dallas Cowboys fan know what he did. Out of respect for his privacy, the honest man does not his identity to be revealed.

In the Washington D C neighborhoods, cases of people returning wallets back to their owners is very rare.

One more item. Just because the Dallas Cowboys are the bitter rival of the Washington Redskins football team, the mutual respect between the fans of both teams worked in the advantage of Katie in this case.