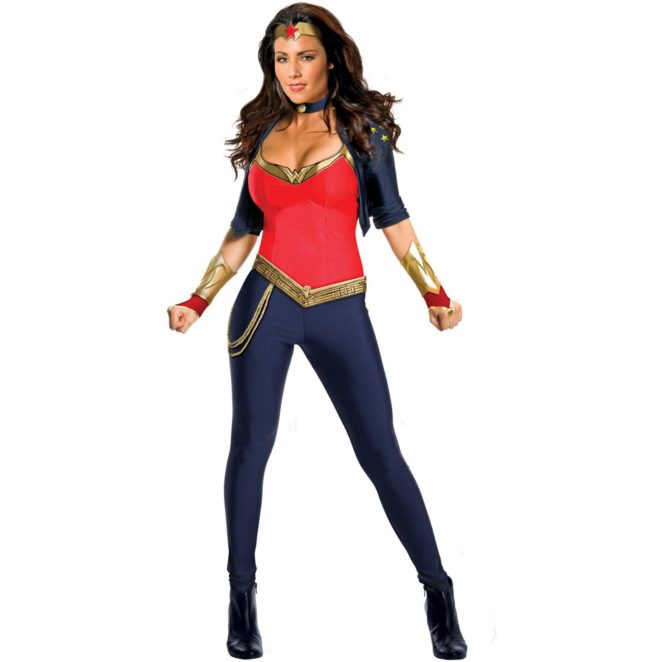 Due to the popularity of the hit movie “Wonder Woman” which came out this summer that stars Gal Gadot as Diana Prince who is secretly Wonder Woman which was one of the most popular super hero movies of the iconic super heroine who was created by William Moulton Martson during the World War II era, Google reports that the costume of Wonder Woman character is the most sought for her fans to dress up for Halloween.

I have seen parts of the “Wonder Woman” movie on the You Tube channel and now I see why many fans of Gal Gadot admire her version of their heroine over the Lynda Carter version who played the character on television from 1975-1979.

Many fans who are not fans of the Lynda Carter version of Wonder Woman saw her as weak but smart while Gadot’s version was that one of being tough as nails.

What makes me laugh would be is that I wish that D C Super Hero heroine Power Girl who is the cousin of Superman and in my opinion underrated since she is from another Earth would attract many males to admire her looks if she had the popularity of Wonder Woman.

Another female heroine who in my opinion that is underrated is Marvel heroine Squirrel Girl who as far I know has yet to appear on television either on a television series or a cartoon.

However in my view I can see why Wonder Woman is in demand for her fan base to purchase her costume for Halloween. Female super heroes have arrived in the entertainment industry with her hit movie since her appeal to younger audiences than myself is amazing.