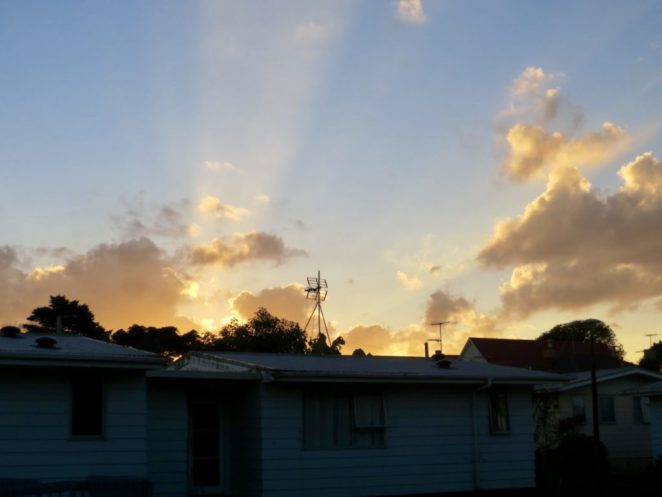 When I first began home care, I went to an old Maori woman living in a Housing New Zealand place. It was a learning curve for me and I worked for social welfare.

It was just general cleaning and there was no training for it. You had to use your own car and petrol. You still have to do that today, but they don’t call it home care, they call it home support.

This Maori woman was OK but I got a real fright one day when she asked me to set fire to her rubbish on her back lawn. It was quite frightening. I would not be prepared to climb roof tops either. My Dad started his career in the bank and they asked him to remove a bird’s nest in the chimney. He fell down and broke all his teeth and had to have false teeth since that time.

A fire is also dangerous and sometimes it’s best to say “No”, especially to lighting fires.

I blew the woman up with both barrels! A figure of speech. I had words with her. She could have begun a fire throughout her whole neighbourhood.

There were no rules, as I said. I made 2 of my own. No climbing on roof tops and no lighting of fires!

The Maori woman set alight a pile of rubbish on her lawn. She dug no hole and did not have anything else to keep her place safe. There was a wind, trees and 9 foot high flames.

Here I was a woman with a pitchfork jumping up and down trying to put out the fire! I did it but never again.

Rules need to be made. As long as the rules are fair. When a person’s life is dictated to by employers, especially with home care it should be fair.

Certain things go on in home care you need to know in case you get a home carer.

I have heard of some home carers who are thieves. Yes, even if there are police checks it goes on.

The home care office needs to be informed.

One thing that is right, no one should ever receive an inheritance from a client that died. Not ever. The service is free and home carers do it because people need it and care for others.

Some rules do not serve the person on the receiving end of the home care service at all.

Meetings have to take place with the home care office and is often a place of severe frustration where you are angry and keep your mouth shut because of the unfair rules organisations make. I won’t go into what that is. The service should be regularly reviewed and probably is. It won’t be an honest review if home carers are effectively silenced by the threat of losing their job.

Some of the managers in the home care office are better than others, lets say that. A happy crew makes for better results. I think that then people who receive the service are better served.

Home care may not look much but the work is extremely emotionally draining, as all services for the public are. You get involved with dependant people and live in their ups and downs of life.

Most people I have met, in the service of home care  have been great as people and I liked them very much.