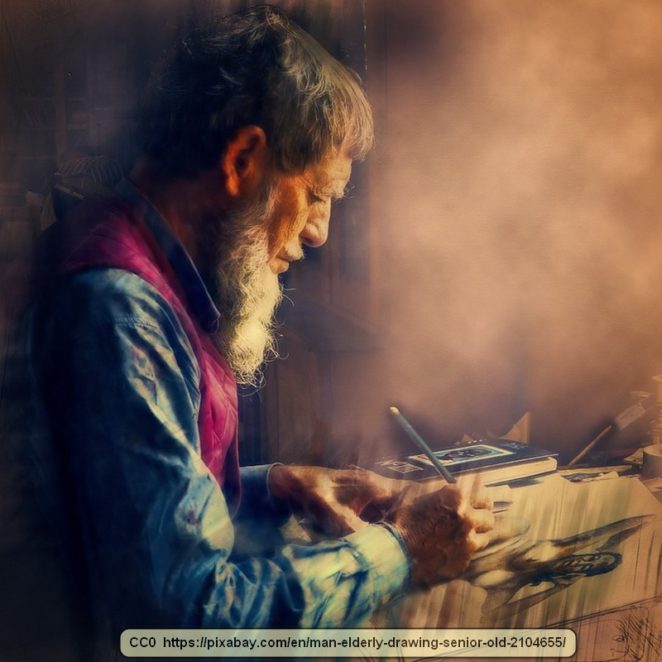 I’m a person who has always valued the experience of my elders, although there is room for improvement. I suppose that this statement might seem unusual, in that over a decade ago, I’d already been around for a half a century, so to many people, I’d be considered their elder. However, have you ever taken the time to truly appreciate the knowledge and experience of those who have been through times long past?

To understand what I’m getting at, I’ll use my grandparents as an example. My grandfather was born in 1900 and my grandmother was born just a few years later. Despite my current age, the times that the two of them grew up and lived in are hard to even imagine. They both possessed what could be called the pioneer spirit, but that was less a matter of choice than it was one of necessity.

In those days, especially if a person wasn’t wealthy, they had to make do with what they had or jury-rig something that would work. If they couldn’t do this, they did without. That is where the knowledge and experience comes in. I’ll give some examples.

In the 1920s, most people didn’t have a means of refrigeration, as in a refrigerator. Mind you, refrigeration techniques had been around for over a hundred years and the first refrigerators hit the market fifty years earlier, but only wealthy people could afford them. Many people overcame this by digging a hole in the ground and keeping food in the hole. The temperature inside the hole was usually 10-20 degrees cooler than the outside air temperature.

My grandfather, who’d never had much of a formal education and hadn’t gone beyond fourth grade, observed that he could stay cooler on a hot day if he took some cloth, got it wet, then draped it over his shoulders and neck. He didn’t need to know that this happened because of evaporation in order to know that it worked. Using the knowledge he had and the materials that were on hand, he built my grandmother a refrigerator of sorts, though it wasn’t anything like what we’d think of today as a refrigerator.

He took a wooden box, which was easy to come by since wooden boxes were as common as cardboard boxes are today, put it on its side, and inside the box, he built shelves. Over the box, he draped burlap so the box was completely covered. A bucket of water was placed on each side of the make-shift refrigerator and the ends of the burlap were stuck in the buckets.

Burlap is a coarse fabric and it absorbs water easily. The burlap soaked up water from the buckets and through evaporation, the food that was placed on the shelves in the box was kept cool. In fact, the food was kept even cooler than it would have been if he had dug a hole for the food like most people did. This idea of using evaporation is now used in “swamp coolers” or evaporative coolers, though swamp coolers usually use an electric fan to drive the air.

My grandmother was just as inventive. She did most of the gardening and among the crops that were grown, she invariably grew a lot of carrots. Carrots last a long time and their family, counting my mother, aunts, and uncles, plus grandmother and grandfather, were eight mouths to feed. Root crops like carrots and potatoes were mainstays.

Again, there was the issue of storage. At the end of the growing season when the carrots were harvested, they could have been put in wooden boxes and stored in the barn. However, it wouldn’t take long for the carrots to get old and limber. They would have then either dried out or rotted. She had it figured out, though. She harvested the carrots, laying them on their sides in the furrows between rows. She then covered the carrots with three inches of straw and marked both ends of the furrow.

She had fairly fresh carrots for most of the winter. When the snows came, the straw insulated the carrots and prevented them from freezing, though it also kept them cool. Any time she wanted carrots, she could simply go out to the garden, dig down through the snow, pull back the straw, and remove however many carrots she wanted. The straw was then put back in place to protect the rest. The following spring, the straw could simply be tilled in, which helped the garden soil.

Neither the refrigerator nor the carrot storage were complicated. Yet, how many of us today would even think of doing this? I had the benefit of knowing how they did it because I valued their knowledge and experience. These are also just two of dozens of examples. That is the whole point, too.

Have you taken the time to actually sit down and talk to your elders, to glean from that knowledge and experience? The value of doing so is undeniably great.