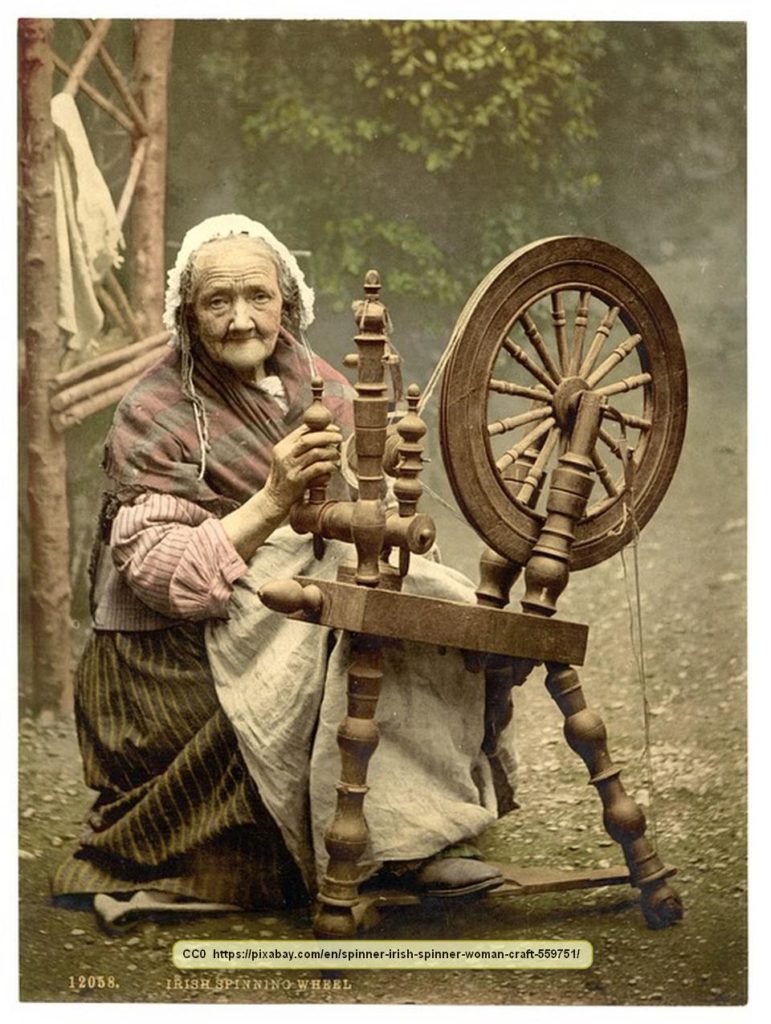 Different dictionaries define ‘spinster’ in slightly different ways, but most indicate that the term is a derogatory one. As it is defined today, the general idea is that a spinster is a female who is single and who is also past the age that is considered to be reasonable for marriage.

However, Mary, the mother of Jesus, was 14 when she married Joseph and could have been considered to be a spinster when she got married (by the current definition) since most females were married by the time they were 13. This would be almost unthinkably young by today’s standards, but it was commonplace 2,000 years ago. Of course, it should also be mentioned that at that time, a person who was over 50 was considered to be very old, too.

The point is that ‘spinster’ is now used as a derogatory name for a female who is older than the normal marrying age and who is still single. Often, the word is used for older women who have never been married, though this isn’t required even today.

“Spinster” originally had a substantially different meaning and it wasn’t derogatory in any way.

In the 1300’s, a common profession involved spinning wool to produce thread or yarn to make clothing, blankets, and what-have-you. Most of the people who practiced this profession were females and for obvious reasons, these women were called spinsters. The word defined what they did for a living.

Many or most of the women who were spinsters were also single, so over time, ‘spinster’ came to be applied to any single woman who made a living at any regular profession.

More time passed and the word came to be applied to any single working woman who was beyond the usual age of marriage. Eventually, even having a profession was left out of the definition. That brings us to the definition that is in use today, often in a derogatory way.

Still, originally, a spinster was a woman who spun thread, usually with a spinning wheel. It wasn’t a derogatory word and in fact, the profession was a reasonably important one. Without spinsters, a lot of people would have been without clothing.

This all goes to show how the meaning of a word can change quite a bit over 700 years.