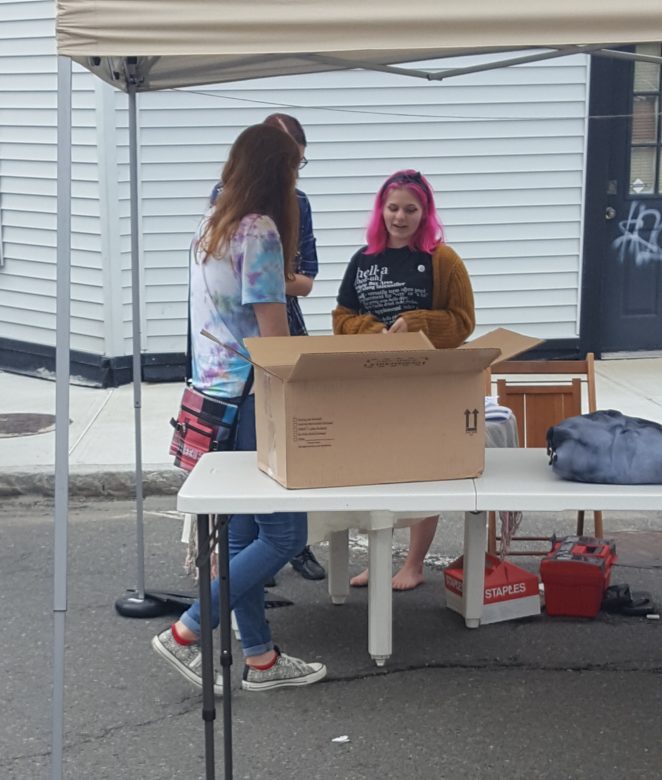 When I returned from Boulder in June I expected to be in jail the following month.  I had a court date fast approaching for my arrest at an anti nuclear protest, the Seabrook Reactor Pressure Vessel Blockade. The arrest had been televised. I had organized the & helped plan the blockade & was certain to face several months of incarceration. A clerical error changed that, and I walked out of court a free man. I then began an earnest job search & got hired to work through C.E.T.A. at the Hogan Regional Center in Danvers.

The week I started work I got a call from Casey. inviting me to come to her apartment to celebrate. She said she wanted to cook me dinner since I had been so supportive during some tough times she had gone through with her boyfriend. Casey had just broken up with him. The breakup was startling to me, her boyfriend Gus was a local fisherman & progressive activist, a genuine nice guy-until you talked to Casey. She told me that recently he had beaten her up and she had told him it was over.  I accepted her invitation & took a train to Rockport, where Casey picked me up in her Chevy Truck. We went to her apartment & she told me she was making steak. I had not eaten red meat in 15 months & had only recently started to eat chicken when I discovered that fresh fish did not exist in Colorado. Casey was very apologetic but I said its okay. I’ve always been told that any food prepared with love & accepted as a gift would not harm you so I rationalized & enjoyed the steak & cold Michelob beer. After dinner we walked to Front Beach & hung out till close to midnight when the breeze picked up & we decided to walk back. Casey said she didn’t want to spend the night alone & asked if I could just hang out, she wanted a friend close to her. She said “I have chickens out back – there’ll be fresh eggs for breakfast tomorrow”  I said “okay” & we went upstairs. We were talking & listening to her Chris Williamson album, finishing the six pack of Michelob. We started kissing and weren’t sure where this was going; not like anyone planned it. Then we heard footsteps on the first floor. Next I heard Gus calling for Casey. Apparently she forgot to tell Gus she had broken up with him.