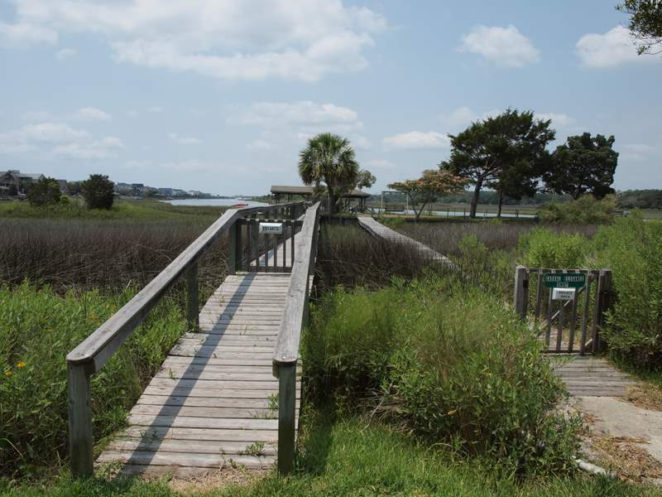 Who is the “grey man” ghost of Pawleys Island? Opinion has long been divided on this issue, and deciding the matter is not helped by the fact that the ghost has no face and cannot therefore be identified with any certainty. However, there have been many people over the years who have claimed to see it, although this only happens when a dangerous storm such as a hurricane is on the way.

Pawleys Island is a long, low-lying island, formed from a sandbar, off the coast of South Carolina (United States). It encloses a narrow tidal lagoon and is occupied by housing along its entire length of three miles, with each property having access to the dunes and beach via its own boardwalk.

The island takes its name from the first white settler, Percival Pawley, who discovered in the early 18th century that this was a good place to get away from the mosquitos that made life difficult during the summer in the steamy lagoons of the Carolina coast.

One theory is that the ghost is Percival himself, but there are some much more entertaining stories involving blighted love and tragic death.

One such involves a young woman in the 1820s who eagerly awaited the arrival of her fiancé at her family home on the island. However, as he rode on his way to meet her he decided to challenge some other horsemen to a race. He thought he saw a shortcut through the marsh that led to the island but this only led to a quagmire into which he fell and was dragged into the mud from which he could not be rescued.

The young woman was driven mad by her distress, saying that she could see a ghostly image of the dead man, and had eventually to be taken to Charleston to seek medical help. After she and her family had left the island for this purpose a hurricane arrived and destroyed every house apart from theirs.

This story has given rise to the notion that seeing the ghost is both good and bad news – a hurricane is on the way but your house will be spared.

Another story concerns a beautiful woman from Charleston who wanted to marry her cousin against the wishes of her family. They arranged for the undesirable suitor to be sent to France and later told the woman that he had been killed in a duel. She had no choice but to accept what she had been told, married another man and set up home on Pawleys Island.

One night, when her husband was away on business, a terrible storm blew up and a ship was wrecked on the island. There was only one survivor who made his way ashore and sought refuge at the first house he came across, which was the woman’s. As is always the case in such stories, the man turned out to be the supposed-dead cousin. She was horrified to see who it was, and to realise that she had been tricked into marrying the wrong man, and the cousin reacted badly to seeing that she had a wedding ring on her finger and – as he supposed – had not waited for his return but instead married someone else.

He ran from the house and promptly died of a broken heart, and she was troubled by his faceless ghost for the rest of her life.

So which story do you believe, if any? The fact remains that people on Pawleys Island claim to have seen the ghost at intervals down the years, and that the grey man has saved many lives by warning residents that a hurricane is on the way.