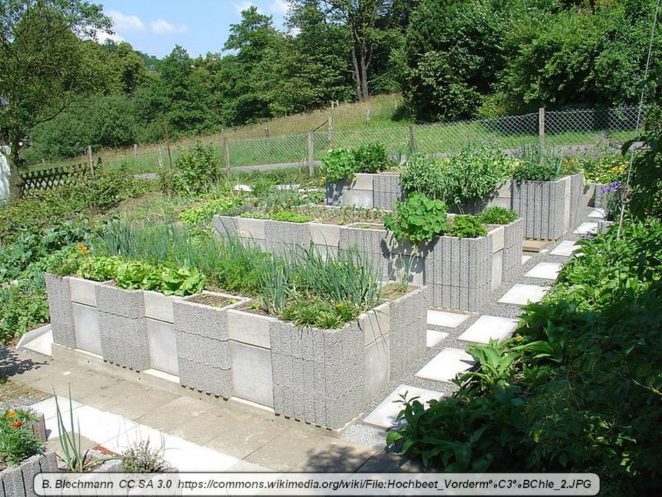 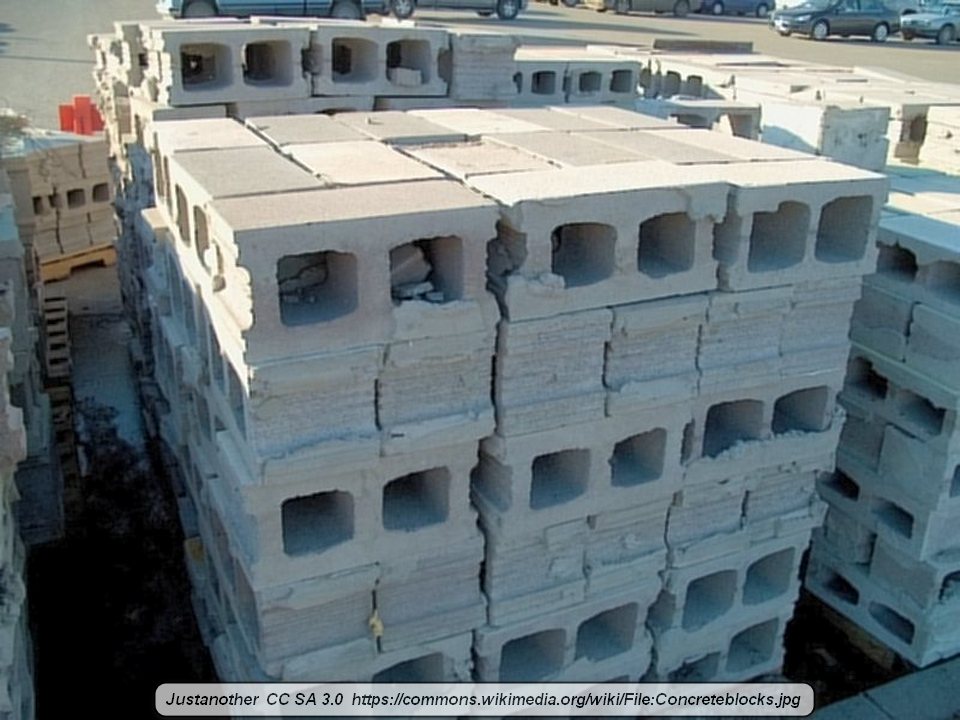 Raised bed gardening simply amounts to having a location where the soil is higher than the surrounding dirt. There are many ways that a raised bed can be made, but one of the simplest ways is to put in a raised bed that is surrounded by cinder blocks.

Reasons to have raised beds

There are many reasons a person might want to put in a raised bed for their garden. Probably the most common reasons are these:

1. Since the garden is elevated, a gardener doesn’t have to bend over or kneel as much to plant, tend, and harvest from the garden patch. Depending on the height of the raised bed, they may even be able to do the gardening while sitting in a chair. This is very helpful to people who suffer back pain or who have difficulty getting down and then back up again.

2. With conventional gardening, the soil is amended over a long period of time, usually years, to make it great for growing plants. If the soil is extremely low in nutrients, or if it is very alkaline or acidic, it can take a very long time to end up with good soil for gardening.

With a raised bed, good soil is blended and is put on top of the poor soil so it is immediately good soil for planting. This normally results in robust harvests from the very beginning. 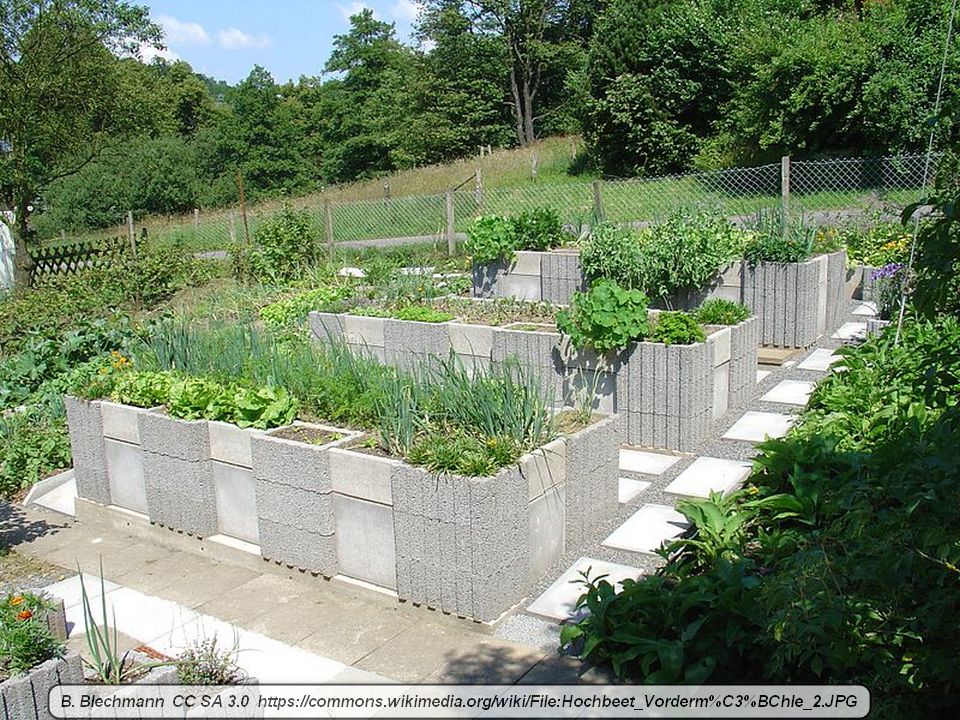 As can be seen in the image, the blocks are hollow, with a brace in the middle. This keeps them from being extremely heavy and it also adds to the strength of the blocks. 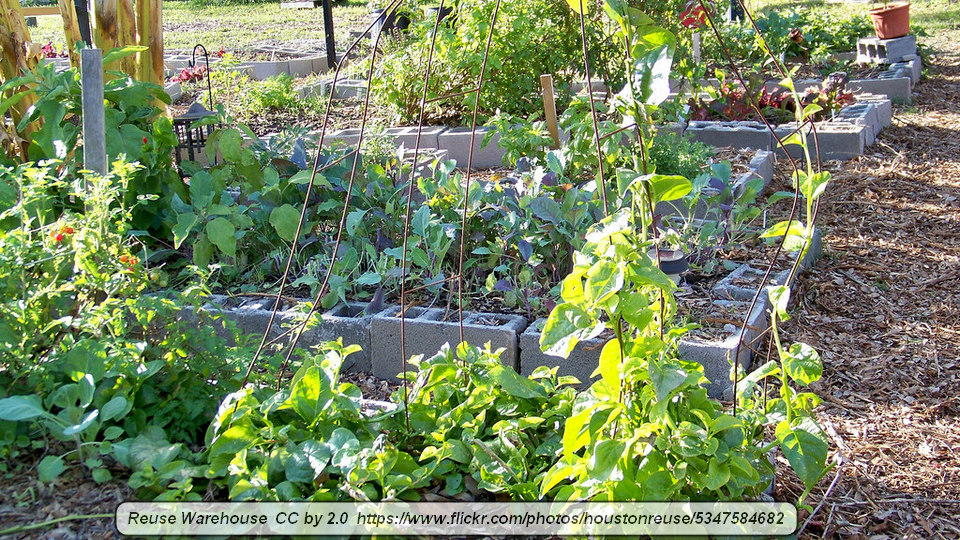 Before putting in the blocks, the ground should be fairly level. One or more layers of black plastic or weed fabric can also be put down on the bottom if there is a major issue with weeds.

Then simply set the blocks down with the hollow spaces vertical and the blocks situated to form a square or rectangle. This can be adjusted to any size you wish, however, as a guide, setting three blocks on a side and squaring the adjoining side and using two blocks, you would be left with a square that is 56 inches to the side and 8 inches tall.

The sides would be three and a half blocks long by two and a half blocks wide. This would require 10 blocks. Putting a second level of blocks all the way around would produce a raised bed that is 16 inches tall.

The blocks are heavy enough to withstand the weight of the soil, however, to add stability, stakes can be driven into the ground in the hollow cavity of the CMU’s. The interior of the blocks can be lined with black plastic, but this isn’t necessary. The raised bed is ready for soil. 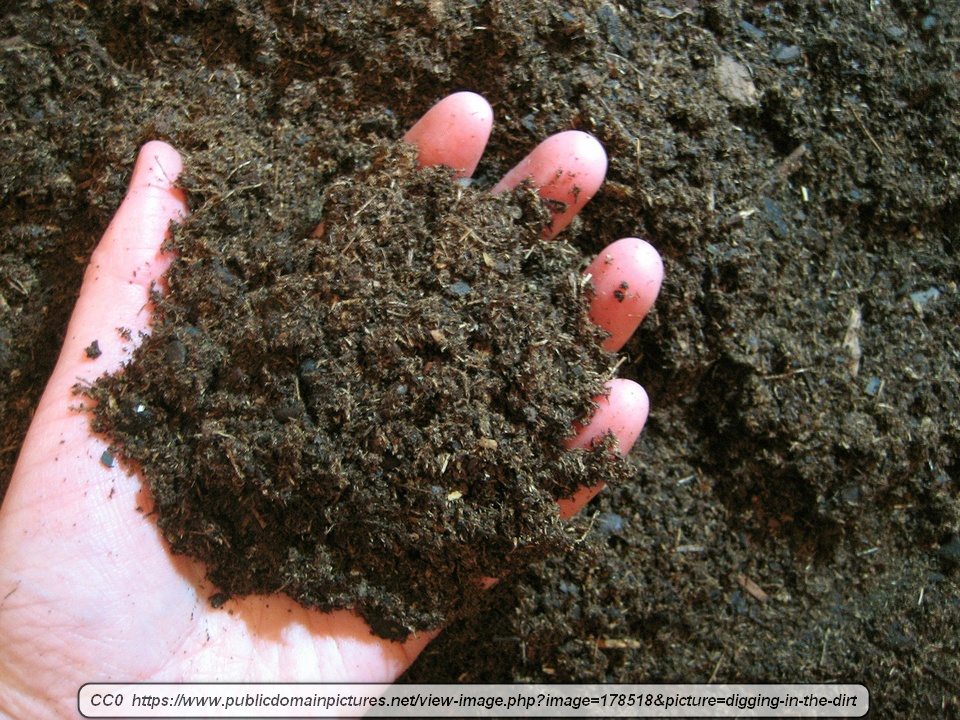 The soil that goes into the raised bed should be good for growing the plants. If you don’t have access to reasonably good soil, commercial potting soil can be used. Many garden supply stores also sell bags of topsoil with finished compost.

Alternately, you can mix 1 part finished compost or rotted manure, 1 part perlite, and 3 parts regular pH-neutral soil. I personally add straw as well, especially on the bottom, because this helps to retain moisture.

If you must purchase potting soil for the raised bed, beware that you will need quite a bit of it. A bed that is 56 inches x 40 inches x 16 inches will need just under 21 cubic feet of soil. This is a little less than a cubic yard (27 cu. ft.).

You might note that the figures just given are for the volume of the outside measurements of the raised bed, but you may as well fill in the hollow spaces in the CMU’s and use them for planting, as well. The soil will also settle when it is watered. The recommendation would be to have at least a cubic yard of soil for this size of a raised bed.

The expense is also quite reasonable. Concrete masonry blocks often sell for right around $2 each or less. This means that you should be able to build the example raised bed just mentioned for less than $50.

It can also be mentioned that this raised bed is attractive when it is finished. Since it is made of concrete, it is durable and should a block become broken, it is a simple matter to replace it. This can greatly simplify the path to having a productive garden, even in areas that have poor soil.