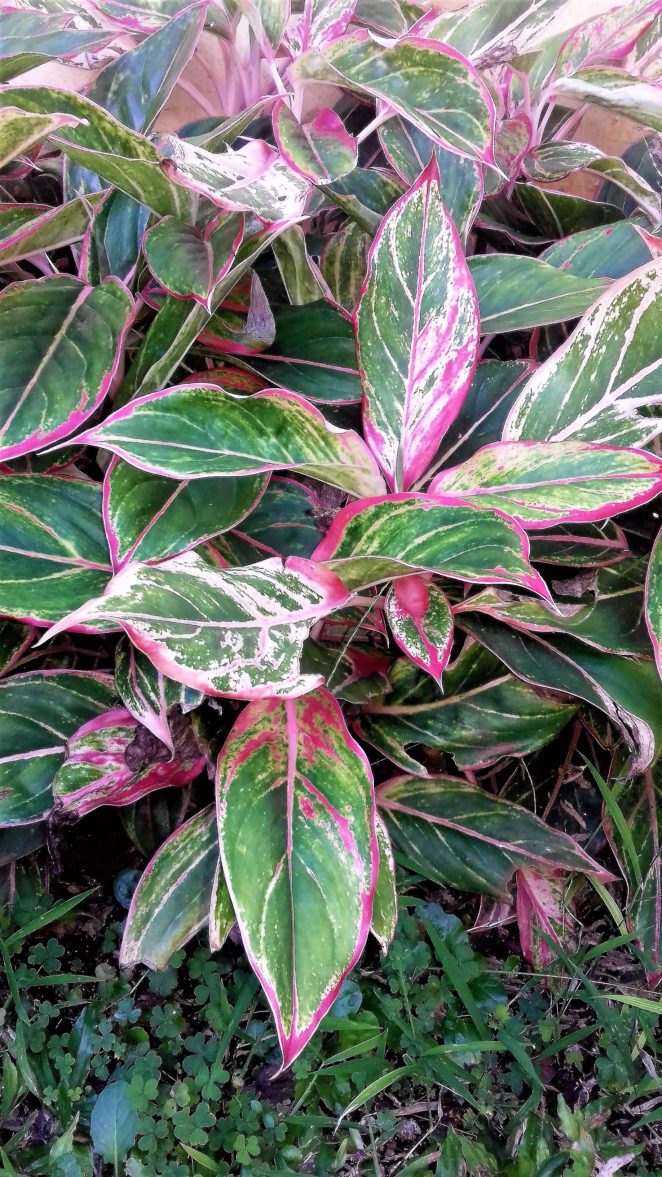 In a fairly shady place, a collection of Aglaonema is thriving even though the red color is relatively weak during the rainy season.

Aglaonema is one of the phenomenal plants in Indonesia. For a certain type its price was ever very expensive, can even reach millions of rupiah (thousands of dollars) per pot. The phenomenon is adjacent to various Anthurium phenomena including Anthurium Plowmanii which is here referred to as the Wave of Love.

Unlike bonsai that survive as a collection of plants with high artistic value in a high price, some plants in Indonesia had made many people become suddenly rich but at the same time, also poor sudden or worst died suddenly. How not, buds of these plants can reach tens to hundreds of dollars per leaf! Many people then compete to plant such phenomenal plants, traders who have plenty of rich supplies suddenly, but because of the phenomenal price that many traders or plant shop owners suddenly poor because all their plants have been stolen or robbed. Not a few of them become mentally disturbed and even died of a heart attack.

In Indonesia, since 2000, there are many similar phenomena have occurred. Beginning with the phenomenon of lohan fish, various anthurium and the last precious stone in 2015. Simply phenomenon is an economic bubble, a condition where an object is made popular by the market and its prices are highly dependent on the law of demand and supply. Prices are made slowly but surely crawl up until they become high price bubbles. At a saturation point, the market will no longer be able to hold the price and eventually the bubble bursts. So that the object falls at the lowest price point.

Aglaonema phenomenon is an example of this economic bubble phenomenon, though not as fabulous as when the louhan fish fever and anthurium plants. Both types of goods are initially not desirable but because there is a market monopoly, a vigorous promotion, and speculators. Then the prices become higher up to hundreds of millions of rupiah. The beneficiaries are the sellers who are on the stairs of the beginning and the peak of the price, the disadvantaged are the buyers who are at the top of the price when saturation occurs. In this case, the price of these items plunges to the lowest point.

Beyond the economic phenomenon, what is impressive is the phenomenon of people’s behavior that is so easily affected by greed and desire for quick wealth, which unfortunately ends with tends of badly.