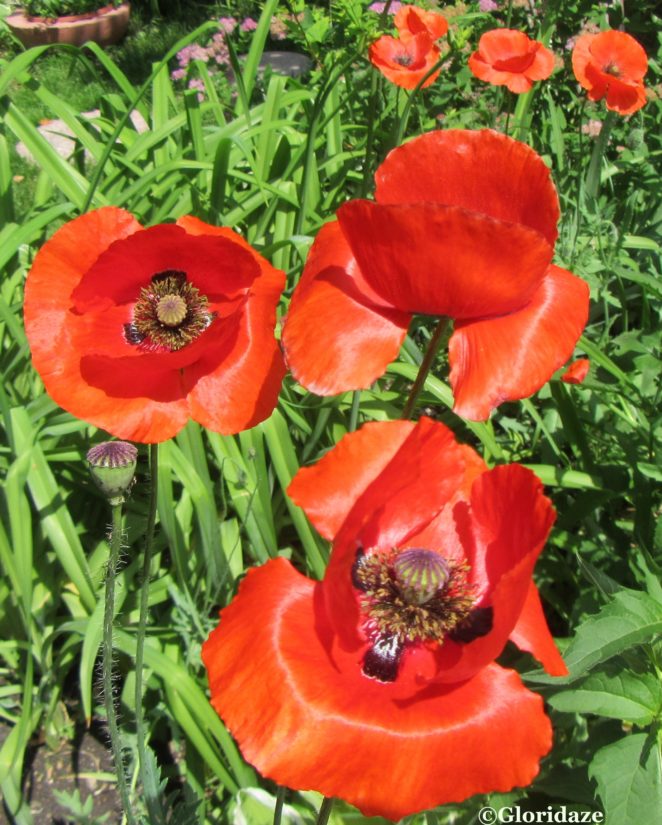 The poppy plant produces gorgeous flowers atop tall stately stems. This year I am happy to see so many beautiful poppies in my garden. They bring me joy when I open the door and look at them each day.  Unlike what some believe, it is just one  species of the poppy that produces the opium drug (Papaver somniferum)  which has been used since ancient times for medicinal and recreational purposes. Poppy seeds are edible and used in baking and other culinary preparations..

Apart from poppies being a wonderful addition to the garden, they also hold a special meaning. In Flanders, Germany during world war I  many soldiers lost their lives in the trench warfare in the poppy fields. The poppy has since been used as a symbol to remember all soldiers who lost their lives during wartime.