I Personally love fried chicken livers, I was born and raised in the deep south and this dish was served at least once a month.

I learned to cook chicken livers the old fashion way, in an iron skillet on top of the stove. I would deep fry them but I have yet to find a deep fryer big enough to cook them all at once and I will admit I am not a patient cook that wants to cook 5 at a time in the small at home deep fryers.

Rinse the chicken livers in cold water, remove any fat and cut them into smaller pieces.

Mix flour with the salt and black pepper in a large mixing bowl.

In a 10 inch iron skillet,  or any skillet will do, pour enough oil to cover the bottom, about 1/4 inch deep, and heat till ready to fry.

Roll the chicken livers in the flour and drop into the hot grease, lower the temperature to medium….. Then STAND BACK.

When they are turning brown around the edges, flip them but make sure you stand to the side and not directly in front of the skillet, some may still pop and splatter hot grease.

When the other side is brown remove them to a paper towel lines plate to drain.

Serve with fried onions or ketchup. 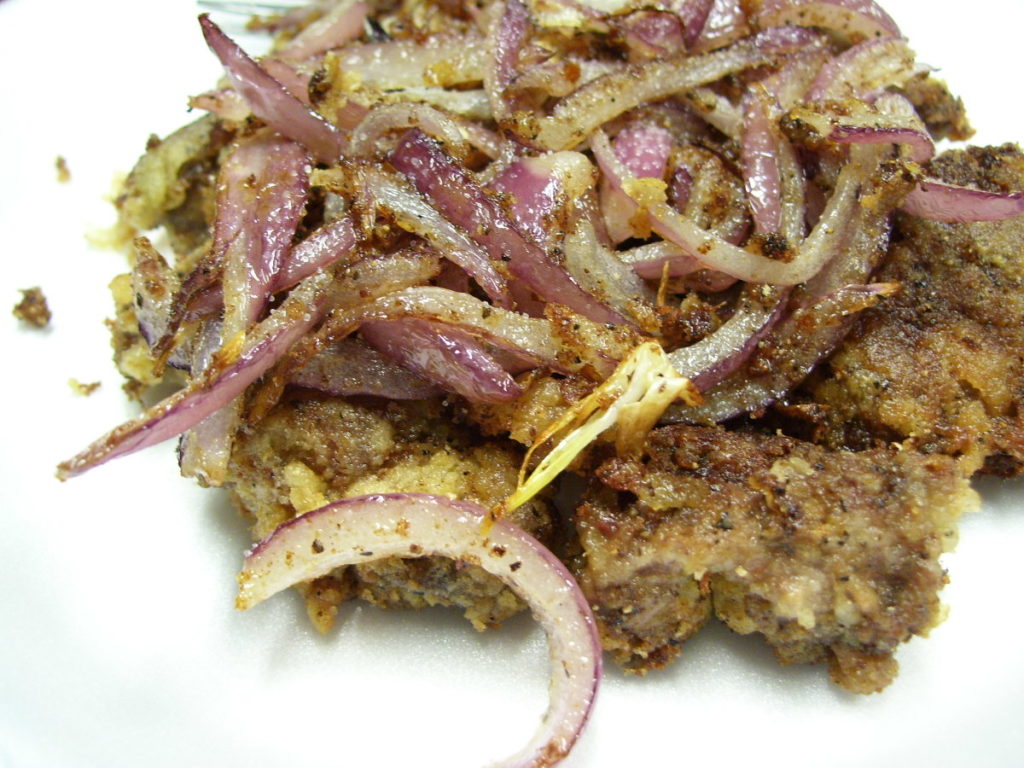 I have to say that I do love fried chicken livers but I don`t cook them as much as I would like because of the “popping of grease” all over me and the kitchen. So I make sure I cook chicken livers when I need to mop the kitchen and before I have my daily bath. This time around I only got “popped with grease” on my finger and it did not burn to bad, I have to say the meal was worth the trouble!