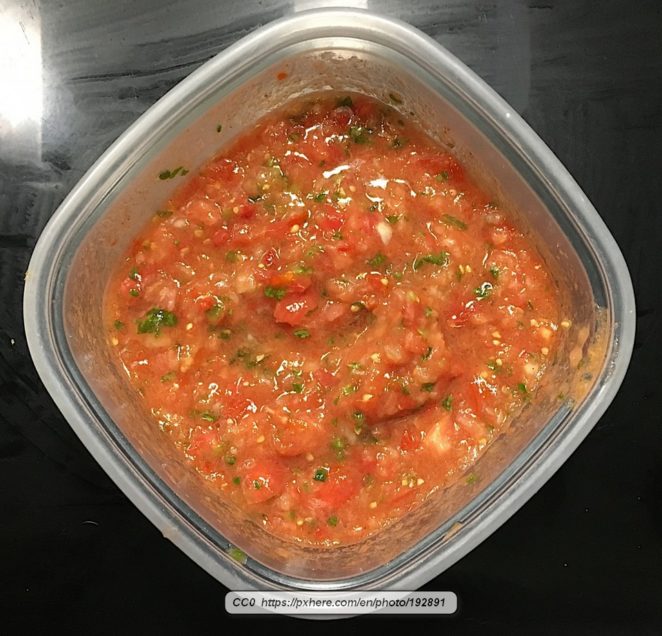 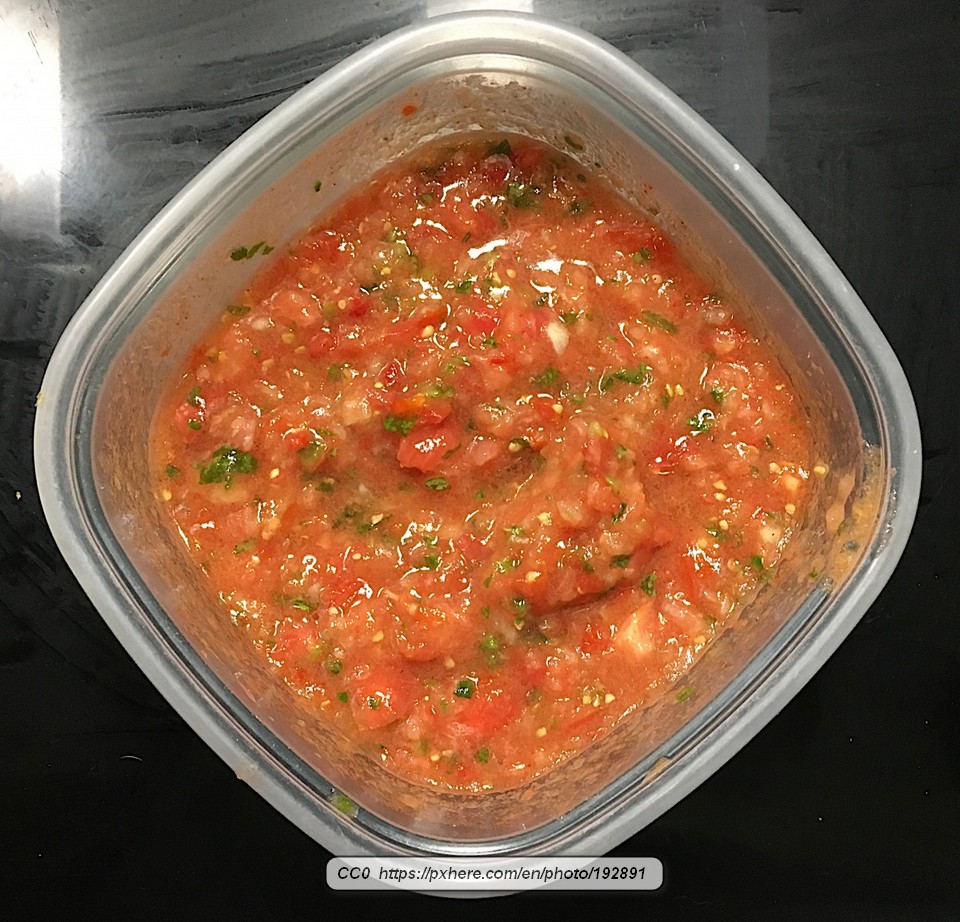 Sofrito sauce is a widely used sauce for Spanish, Portuguese, Puerto Rican, Latin American, Filipino, Mediterranean, and Caribbean foods. The Portuguese name for it is refogado and in the Philippines, it is known as ginisa. Each country makes it slightly differently, so there is plenty of room for experimentation.

For example, the traditional base is tomatoes and garlic. In Colombia, it is made with green onions, cumin, and cilantro. In Greece, it is cooked with wine and herbs. In Puerto Rico, yellow onions, red and green cubanelle peppers, and pimientos are added. In the Middle East, it is often made with cardamom and turmeric. Cubans add bell peppers and Spanish onions. In the Caribbean, lard is often used with chili peppers and ham is often added.

The point is that the following recipe is just one of many possible variations. It is easy enough to make that you are free to try variations to the recipe without a great deal of difficulty.

1. Put the tomatoes, peppers, onion, and garlic in a blender or food processor. Blend just enough to produce a thick, chunky salsa. Add the salt and pepper, blending a few seconds more.

2. Refrigerate and use as needed. If the sauce isn’t going to be used immediately, it can be frozen in zip-lock bags. If you use a lot of sofrito sauce, it can also be hot-pack canned, though I’d recommend canning it in half-pint jars.

Since this homemade sofrito sauce contains tomatoes but no preservatives, it is recommended that you use it within a few days, unless you are going to freeze or can the excess. It is easy enough to make, however, that you can also make it as you need it. The sauce is ready for use as soon as it is blended.

Sofrito sauce is suitable for use with rice dishes, meat dishes, soups, stews, and even as a dip.

As with so many other foods, this sauce is best if the ingredients are garden-fresh. The variations are numerous, simply by adding different ingredients. Since it isn’t cooked until it is actually used, the flavor practically explodes with every bite. Best of all, it is healthy and filled with vitamins and minerals.