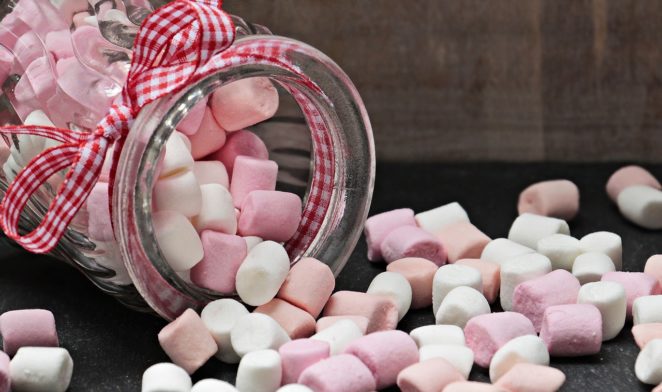 Did you know that there is a plant called marsh mallow? The botanical name for this plant is althea officinalis, and it is related to the hibiscus flower. The roots of this plant are best known for their soothing effect. They have been used in herbal medicines for sore throats and tummies, but the plant is also used for food.

The candy we know today as marshmallow was once made from the marsh mallow root and a base of egg whites whipped up into a meringue. In the 1800s in France, this concoction was called “pâte de guimauve.” Before the advent of electricity and stand mixers, people had to beat the meringue by hand. If you’ve ever had to do that, you know it takes a lot of elbow grease! So a marshmallow was a very special treat. Marshmallows were used as both candy and medicine. 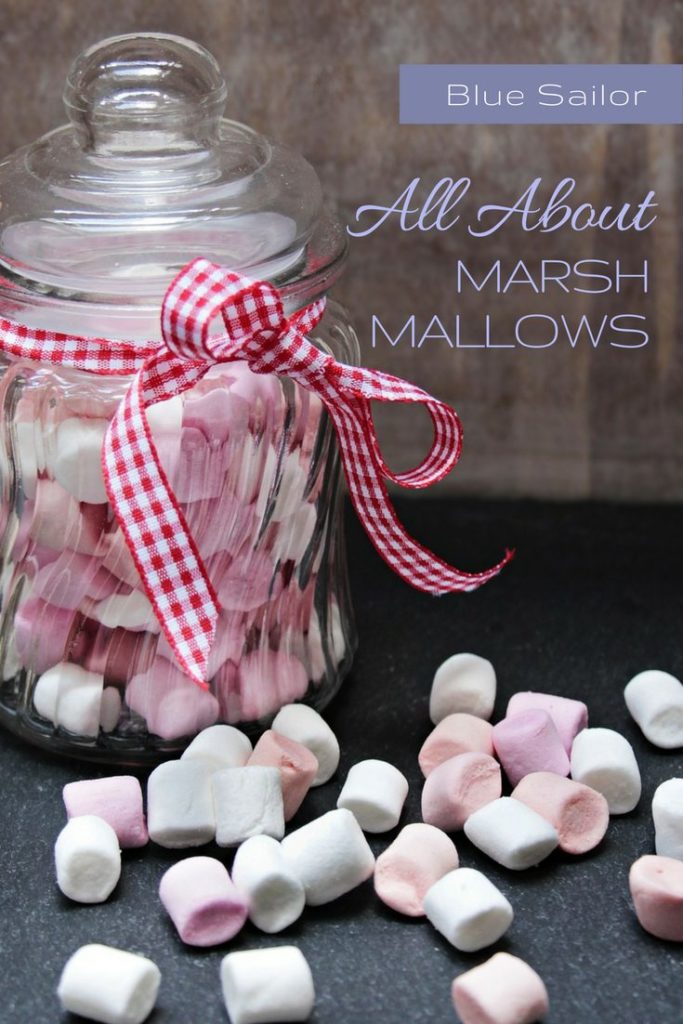 Today, most marshmallows are made with gelatin instead of egg whites. There are homemade marshmallow recipes that start with gelatin, but the same ingredient is used to make artisanal marshmallows (more luxurious but also more expensive) and mass-produced marshmallows (very inexpensive.) Most marshmallow candies no longer contain the marsh mallow root, just like most licorice candies have no licorice root and most ginger ale has no ginger.

Mass production of marshmallows started in the early 20th century and was improved in 1948. Both at the turn of the century and at mid-century, food manufacturers carried out advertising campaigns to entice the homemaker to buy and use their product.

In 1917, Janet McKenzie Hill (noted culinary reformer and co-founder of the Boston Cooking School Magazine) was commissioned to write a book of recipes that would use marshmallows. She is responsible for introducing us to hot chocolate with marshmallows and also to sweet potato casserole topped with marshmallows.

In 1956, the makers of Marshmallow Fluff collaborated with the Nestle company to promote a recipe for foolproof fudge. It was a faster, no-fail method for making the chocolate fudge that had become popular in the Boston area in the late 1800s. The recipe relied on marshmallow fluff to make a rapid fudge that needed less cooking than the traditional recipe. This recipe is still popular in North America today!