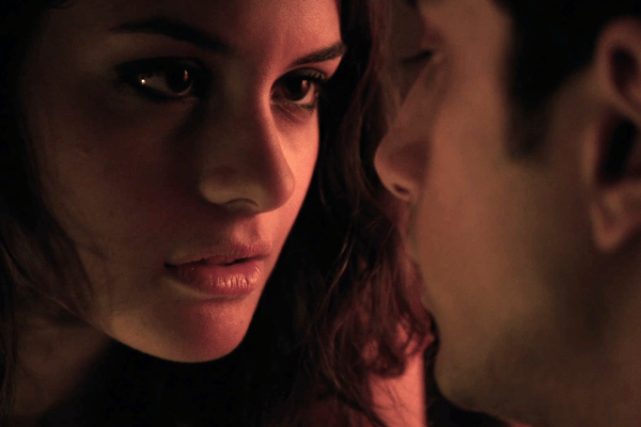 “TheNight Of” is based on a British TV series that ran from 2008-09 called”Criminal Justice.” Richard Price from and Steve Zallian from TheWire got hold of it and did their American version of it. A cracking cast laterand HBO picked it up and the BBC went in with them and it aired in 2016-17.

It starsRiz Ahmed, the go to British Muslim actor for that terror stuff (brilliant inFour Lions), and John Turturro, the guy who can play Jews, Italians and prettymuch any oddball character in all manner of movies, superb here. Other familyfaces from TV also pop up, including Michael Kenneth Williams from The Wire,who played the menacing Omar.

It’s amulti genre crime drama box set of ten episodes that was eventually deemed notworthy of a sequel although it does feel like its setting one up half-way in. Theytend to release these shows after the pilot yet only three of four episodesmade and so early viewing figures decide if the series is even finished, it’sthat cutthroat in America. HBO are a little more balanced on that and I guessthe BBC being involved secured its completion.

Young college graduate Nasir Khan (Riz Ahmed), a Pakistani – American, lives in an upper working class area of Queens, New York with his family. One day he decides to borrow his dad’s taxi without his permission so he can get to a cool party across town when his best friend lets him down. Being the only Pakistani- American not to drive a cab in New York he soon gets stopped by the cops after accidentally picking up a fare or two by leaving his light on, two guys having to be kicked out of the cab by the police. But when a beautiful young woman called Andrea (Sofia Black-D’Elia) flags him down he is a little less keen to kick his fare out and conversation flows.

They click and so begins a long night as he drives her to where she wants to go and the party soon forgotten, sharing a beer and a pill or two by the river and back to her place on the wealthier Upper West Side, where conservative Muslim Nasir has drug fuelled sex with the vampish and carefree Andrea.

He awakes in her kitchen and goes to get his stuff, only to find her stabbed multiple times on the bed, gruesomely so. As he was out cold he has no idea if he did it in a drug fueled state or something and flees the scene, grabbing what he thinks is the murder weapon, a bloodied knife, racing away from the scene in his yellow cab in shock.

He gets pulled over soon after for suspected drunk driving, the cops totally unaware of his predicament. But when the body is discovered by the NYPD the two cops who pulled him over have to go to the crime scene, taking Nasir with him I the back of the squad car. He is then taken to the station to be written up for a minor misdemeanor, until he becomes the number one suspect for the murder when a young Muslim male with a yellow cab is identified to be at the scene, the knife still on Nasir at the station.

In the holding pen the confused and innocent looking kid catches the eye of low rent attorney John Stone (John Turturro), who offers his services. The parents are told and diligent Detective Dennis Box (Bill Camp) is soon on the case, his disarming style getting Naz to blab enough to put him at the scene. He appears to be bang to rights with no one else at the scene on CCTV.

Stone has various health issues and hang ups and has never handled a crime this big before. The parents can’t afford a lawyer and so it will have to be a cut price one off price and their house mortgaged to pay for it. Stone will need another suspect or the kid is in trouble and a plea bargain likely. 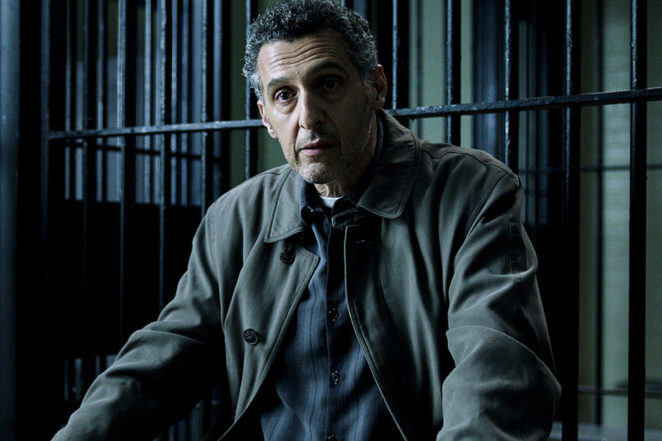 The problem with this is a series of unlikely actions by Nasir have to happen for this to function, rather than work. He would not steal his dads cab, he would take public transport. He would not flee the scene with the murder weapon, he would clean it and bin it. He would not blab like that in a police station. Has he not seen cop dramas on Netflix? There are too many of those moments for this to remain credible throughout out. Saying that it’s well acted and that draws you in. You want to believe you are about to watch another cool cop drama by the makers of The Wire. The hook is whether he did it or not and Riz Ahmed wears the ambiguity on his face well as the whodunit turns into a prison drama and then a court procedural. Although there is cliché in those three segments it remains watchable as you await the big twist, if that comes.

Tutturo holds it all together with his Golden Globe nominated turn as the shity legal and helps to airblast some of that cliché into the gutter with his distracting ticks and bad habits. Ahmed’s enigmatic face hints at the potential twist and where the plot may swerve off and the maybe he did it question comes back but you are never really convinced by his character as being credible. Racism is there in most scenes as poor ethnic Americans are dragged through the debilitating and expensive legal system, echoes of 911 never far away.

The show just feels dated and unrealistic at times and so very much one to buy from Amazon marketplace on the cheap or borrowing the DVD from friends, as I did. It’s not The Wire in any way.

TV Guide–‘As complicated and layered as life itself, The Night Of is an instantclassic’

The NewYork Post –‘WOW!!! Be careful! This one will steal 8 hours right from underyou!!!

PhiladelphiaInquirer –‘The performances, in fact, are so uniformly strong and the directionso deft that it’s possible to overlook a plot that, like The Killing (andNetflix’s new thriller Marcella) introduces a few too many Law & Order-likeplot twists to be totally believable’.