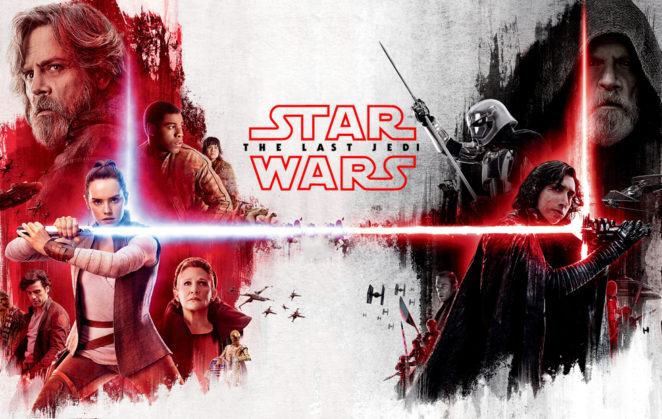 The film cast includes 17-time award-winning American actor Mark Hamill (The Trickster of The Flash/ Professor Arnold of Kingsman: The Secret Service/ The Joker of Batman: The Animated Series) as Luke Skywalker, a powerful Jedi Master who has been in self-imposed exile on the planet Ahch-To; the late 5-time award-winning and Primetime Emmy nominee American actress Carrie Fisher (Mrs. Crenshaw of Sorority Row/ Pauline Kahn of Smallville/ Mother Superior of Charlie’s Angels: Full Throttle/ Mrs. Dubois of Stateside/ Bianca of Scream 3) played the role of Princess Leia, twin sister to Luke, former princess of Alderaan, and a leading general in the Resistance; Ten-time award-winning and Primetime Emmy nominee American actor 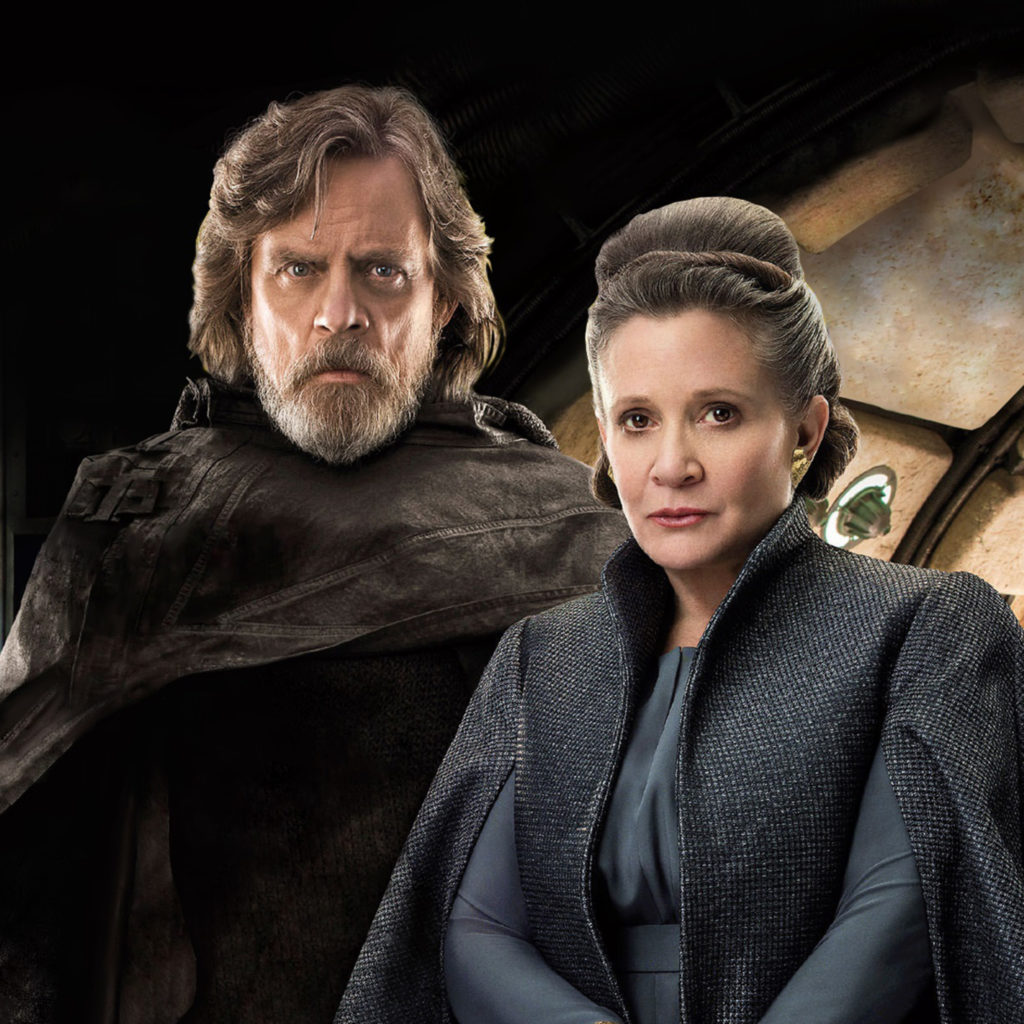 Adam Driver (Toby of The Man Who Killed Don Quixote/ Clyde Logan of Logan Lucky/ Paterson of Paterson) played the role of Kylo Ren, Supreme Leader Snoke’s disciple, who is strong with the dark side of the Force and leader to the Knights of Ren. He is the son of Han Solo and Leia Organa, nephew of Luke Skywalker, and the grandson of Anakin Skywalker; Seven-time award-winning English actress Daisy Ridley (Mary Debenham of Murder on the Orient Express/ Ophelia of Ophelia/ Cotton-Tail of Peter Rabbit) played the role of Rey, a highly Force-sensitive scavenger from the desert planet Jakku, who joined the Resistance and goes to find Luke Skywalker; Six-time award-winning British actor John Boyega (Moses of Attack the Block/ Jake Pentecost of 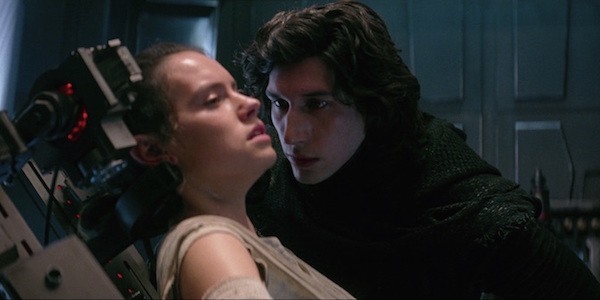 Pacific Rim Uprising/ Ty of The Circle/ Bambi of Imperial Dreams/ Bond of The Whale/ Ugwu of Half of a Yellow Sun) played the role of Finn, a former stormtrooper of the First Order who defected to the Resistance; Vietnamese American actress Kelly Marie Tran (Jamie of Untouchable/ Butterfly Rave Girl of XOXO/ Larry of Ladies Like Us) played the role of Rose Tico, a member of the Resistance who works in maintenance and aids Finn in retrieving the master codebreaker; Golden Globe winner and 20-time award-winning Guatemalan actor 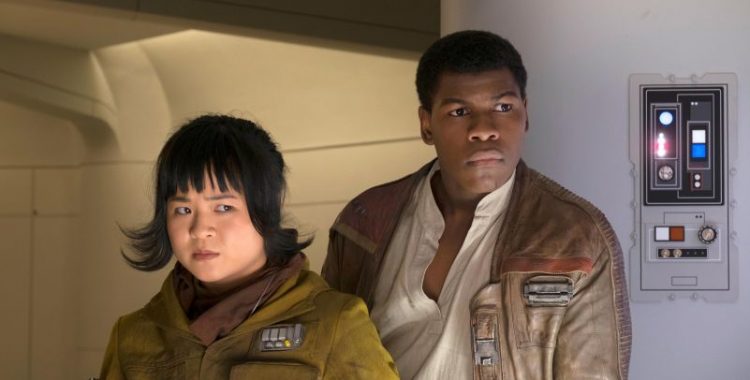 Oscar Isaac (Nathan of Ex Machina/ Llewyn Davis of Inside Llewyn Davis/ Abel Morales of A Most Violent Year/ Kane of Annihilation/ En Sabah Nur aka Apocalypse of X-Men: Apocalypse/ Blue Jones of Sucker Punch/ Prince John of Robin Hood/ Bassam of Body of Lies/ Joseph of The Nativity Story) played his role as Poe Dameron, a high-ranking X-wing fighter pilot in the Resistance; Golden Globe nominee and 37-time award-winning English actor Andy Serkis (Caesar of Planet of the Apes/ Ulysses Klaue of Black Panther/ Baloo of Mowgli/ Gollum of The Lord of the Rings and The Hobbit/ Kong of King Kong) played the role of Snoke, Supreme Leader of the First Order and Kylo Ren’s master; English actress Gwendoline Christie 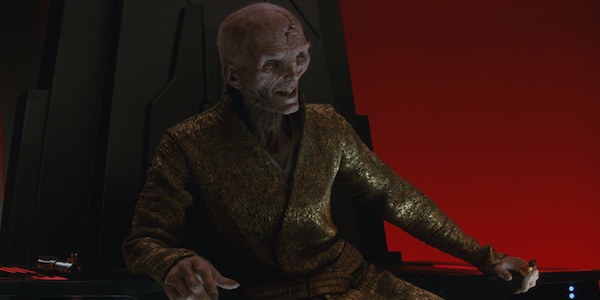 (Brienne of Tarth of Game of Thrones/ Commander Lyme of The Hunger Games: Mockingjay — Part 2/ Lexi of Wizards vs. Aliens/ Miranda Hilmarson of Top of the Lake) played her role as Captain Phasma,  the commander of the First Order’s stormtroopers; Oscar winner and 45-time award-winning Puerto Rican actor Benicio del Toro (Alejandro of Sicario/ Javier Rodriguez of Traffic/ Fenster of The Usual Suspects/ The Collector of Guardians of the Galaxy and Avengers: Infinity War/ Pablo Escobar of Escobar: Paradise Lost/ Lawrence Talbot of The Wolfman/ Ernesto Che Guevara of Che/ Jackie Boy of Sin City) played the role of DJ, an underworld codebreaker; Oscar nominee and 18-time award-winning American actress Laura Dern (Ellie of Jurassic Park/ Bobbi of Wild/ Laura Lonowski of Downsizing/ Frannie of The Fault in Our Stars) played the role of  Vice Admiral Amilyn Holdo, an officer in the Resistance.

The film features Fisher’s final act, who died in December 2016, and this film is dedicated to her loss. The plot follows Rey as she receives her Jedi training from Luke, in hopes of turning the tide for the Resistance against the fight to Kylo Ren and First Order. 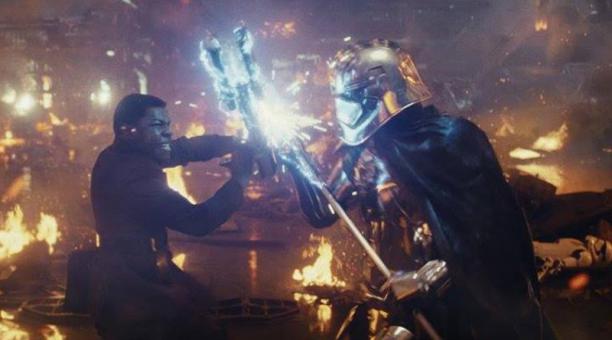 It also received positive reviews from critics, who praised its ensemble cast, visual effects, musical score, action sequences and even emotional weight; some considered this one as the best Star Wars film since The Empire Strikes Back. On review aggregator website Rotten Tomatoes, Star Wars: The Last Jedi has an approval rating of 90% based on 370 reviews, with an average rating of 8.1/10. The website’s critical consensus reads,

“Star Wars: The Last Jedi honors the saga’s rich legacy while adding some surprising twists—and delivering all the emotion-rich action fans could hope for.”

“Loaded with action and satisfying in the ways its loyal audience wants it to be, writer-director Rian Johnson’s plunge into George Lucas’ universe is generally pleasing even as it sometimes strains to find useful and/or interesting things for some of its characters to do.”

On my own review, this latest franchise from Star Wars has indeed brought a new generation of space heroes who called themselves as the Resistance. This film is not just about intergalactic wars, but it also promotes perseverance, patience, and hope for the long-lasting peace that rebels would want to achieve. One of Star Wars’ best franchise and this one will leave a mark as this film pays tribute to the last performance act of the one and always Star Wars legend actress Carrie Fisher, who just died on December 2016. If you are an avid fan of science fiction that involves extra-terrestrial creatures, out-of-this-world space vehicles, or anything about cosmos, the space and other galactic stuffs, this one is really suited for you to watch. But first and foremost, if you would like to acquaint all of these characters and the original stories, you should try watching the very first episode for this epic movie series. I give 8.6/10 for this movie. Must-watch!

Here’s the trailer, if you haven’t watched this film yet.