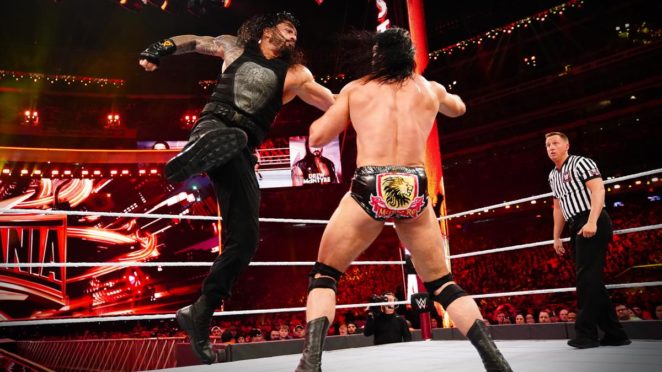 I felt that this match could have been better with more build-up to it. And putting it as a WrestleMania match was just criminal on the half of World Wrestling Entertainment being that these two have met a few times before. It was obviously WWE filling Roman Reigns into the event after he returned from beating Leukemia late February. And with Roman being one of the more heavily pushed superstars he obviously was not losing this match because he would lose momentum that WWE would like for him to have. My question is, what is next for Drew McIntyre after this loss to Roman Reigns. It is befuddling because there is no excuse in why Drew McIntyre is not a champion or at least at the forefront of being a champion for WWE.