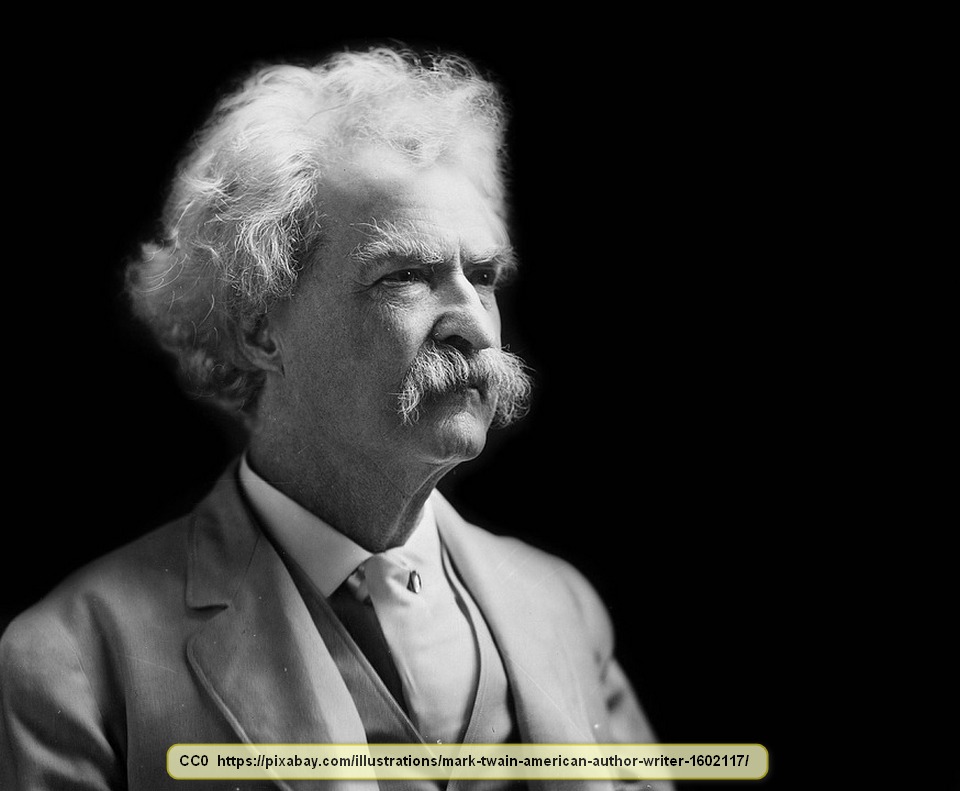 Mark Twain, or more properly Samuel Clemmons, was an American author who achieved fame because of his writing of the Tom Sawyer and Huckleberry Finn stories. There are a few facts about Twain that many people don’t know, but which are also quite curious.

For instance, did you know that Samuel Clemmons never graduated from elementary school? As important as a school education is, he is one example of a school dropout who was successful.

There is also an important event that occurred in 1876 that is tied strongly to Mark Twain. The event impacts computer users even today, as well as anyone who sends text messages. That event was the invention of the typewriter, with the letter layout that we still use. It was the forerunner of computer keyboards and text pads.

Mark Twain was also at the center of a controversy that occurred after his death. He had books that were banned in many schools and public libraries. The book was The Adventures of Huckleberry Finn and the reason they were banned was an over-reaction. One of the main characters in the book was a runaway slave who befriende4d Huck. That slave’s name was written as “Nigger Jim”. The book was banned because of the “N” word, though in no way was Mark Twain making a disparaging slam against blacks. In fact, the character was complimentary. At the time the book was written, the ‘N’ word was in common usage by whites and blacks. It was no more of an insult then than it would be to call a person with dark skin a “black” today. Yet, in some places in the US, Huckleberry Finn is still on the banned book lists to this day.

Did you know that Mark Twain held three patents, which means that he was also an inventor? One was a patent for a very early version of post-it notes. Another was for a new design for elastic braces that were meant to fasten on pants to help; hold them up. That design was used on early bras as connectors. The third was for a game that was designed to help people remember historical events.

Almost as curious, Mark Twain/Samuel Clemmons was born in 1835. That is a year that Halley’s Comet was visible and a lot of people took great notice of the comet, which had been discovered much earlier. The next time that Halley’s comet was again seen was in 1910. That was the year that Mark Twain died at the age of 75.

How many of these curious facts about Mark Twain did you know?