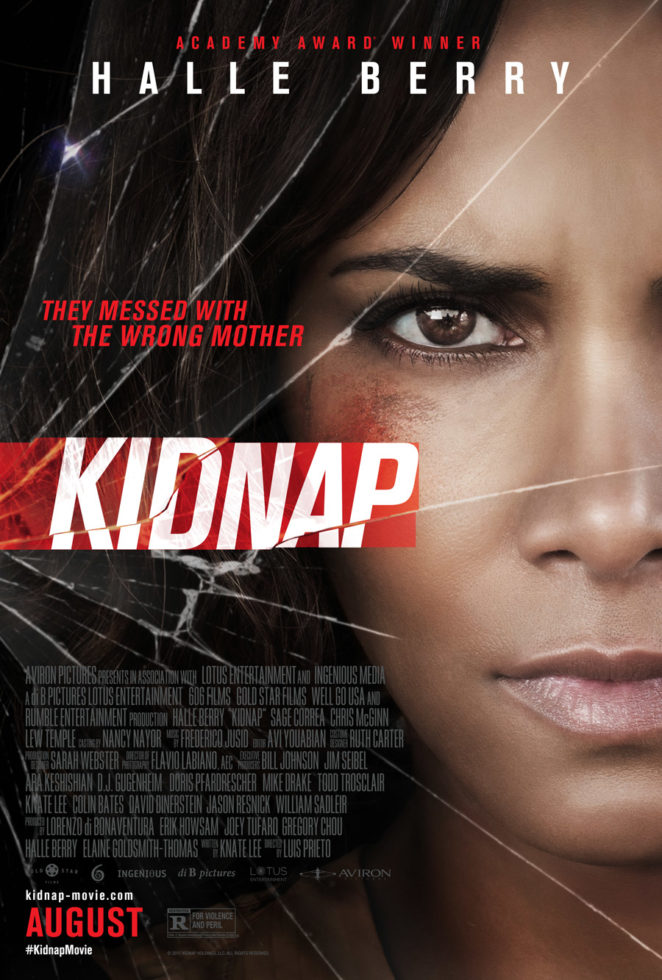 This really must be the year for movies about parents who are after child-harming criminals! First, I learned about the upcoming Jackie Chan movie. Called The Foreigner, it’s a story about a father seeking revenge after his daughter is killed in an explosion set off by terrorists. Today, I’ve discovered a Halle Berry film that will soon be released. This one is about a mother whose little boy is kidnapped from a carnival.

When Berry’s character tries to report the kidnapping to police, she sees a collection of missing child posters on the wall. She realizes that she can sit down and go through all the red tape, or she can take matters into her own hands. She chooses to take the law into her own hands and rescue her son by herself – no matter what it takes. The tagline of the movie sums it up well: “They are messing with the wrong mother.”If you enjoyed Halle Berry in The Call (2013,) it looks like this new film will be for you! Watch for the release of Kidnap on August 4th.