Marvel’s The Punisher, or simply The Punisher, is an American web TV series created by Steve Lightfoot for Netflix, based on the same name of a Marvel Comics character. Set in MCU (Marvel Cinematic Universe) that shares continuity with the films and other TV series of the franchise, this series is a spin-off of Marvel’s Daredevil, where the character first appeared.  In association with ABC Studios and Bohemian Risk Productions, Marvel’s Punisher is produced by Marvel Television, with Lightfoot as its showrunner. 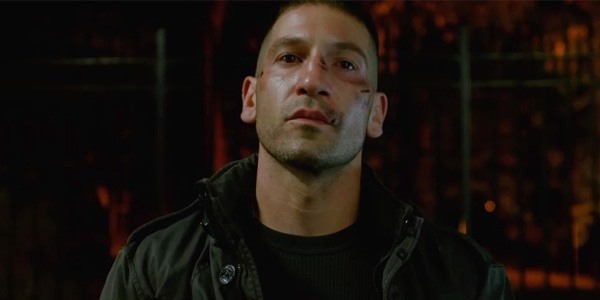 This Netflix comic action series revolves around Frank Castle, who uses fatal methods in fighting crime as the vigilante known by the name “The Punisher”. The character is reprisingly played by American actor Jon Bernthal (Brad of The Wolf of Wall Street/ Brax of The Accountant/ Grady “Coon-Ass” Travis of Fury/ Griff of The Baby Driver/ Frank Castle of Marvel’s Daredevil/ Shane Walsh of The Walking Dead/ Al Capone of Night at the Museum: Battle of the Smithsonian). Award-winning American actor Ebon Moss-Bachrach (Desi Harperin of Girls/ Sebastian of Tokyo Project/ Niels of The Last Ship/ Nick Salenger of Damages/ Charlie of Poster Boy) played the role David Lieberman aka Micro, A former NSA analyst who assists Castle after faking his death. 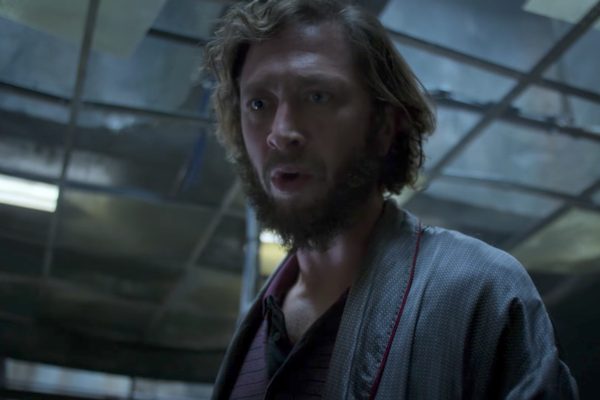 English actress Amber Rose Revah (Nichole of From Paris with Love/ Mary Magdalene of Son of God/ Miranda of Emerald City/ Leena Prasad of Indian Summers) played the role of Dinah Madani, An Iranian-American Department of Homeland Security agent stationed in Afghanistan, who upon returning to New York City for an investigation, leads her to cross paths with Castle. 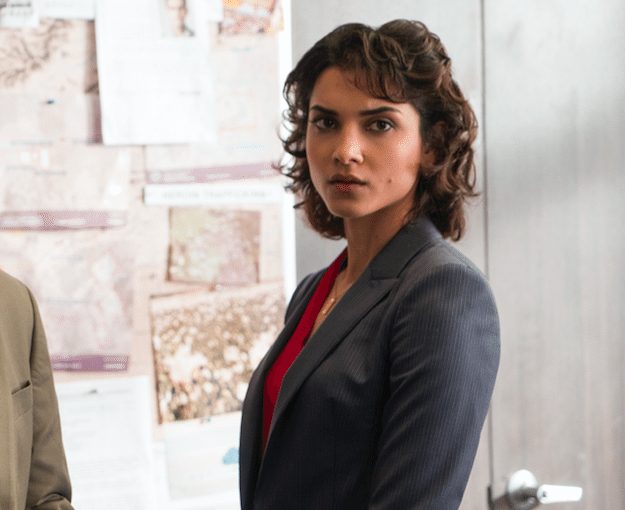 British actor Ben Barnes (Prince Caspian of The Chronicles of Narnia/ Dorian Gray of Dorian Gray/ Logan of Westworld/ Sam Adams of Sons of Liberty/ Ryan of Jackie & Ryan/ Tom Ward of Seventh Son/ Alejandro of The Big Wedding/ Young Dunstan Thorn of Stardust) played the role of Billy Russo, Castle’s former best friend from when he served in USMC Force Recon, who also runs Anvil, a private military corporation. He played as one of the main antagonists in the series. 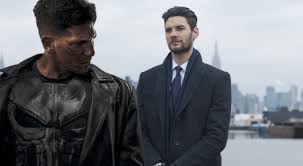 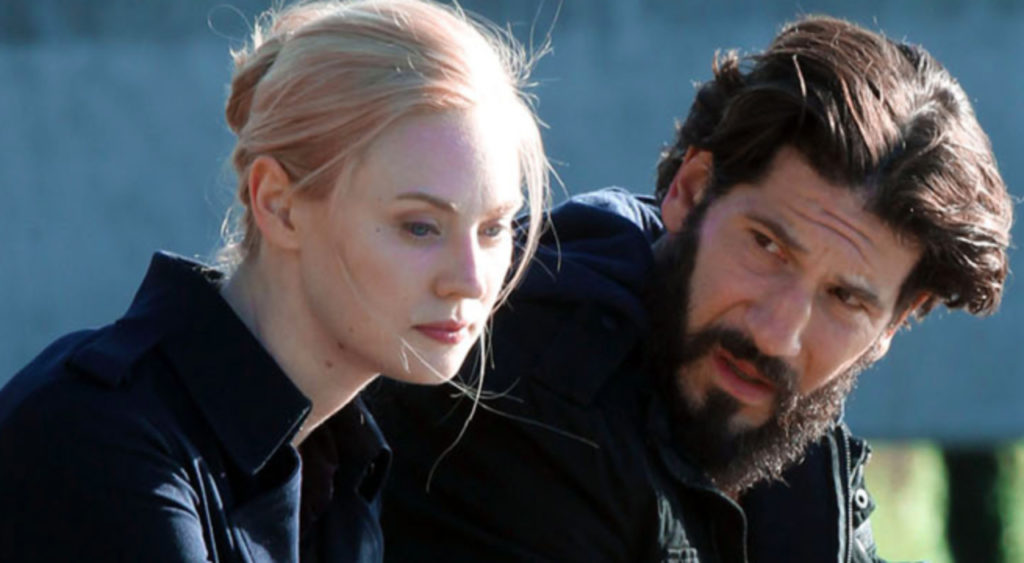 Award-winning American actress Deborah Ann Woll (Karen Page of Daredevil & The Defenders/ Jessica Hamby of True Blood and True Blood: Jessica’s Blog/ Molly of Ghost of New Orleans/ Sarah of Seven Days in Utopia) also reprised her role from Marvel’s Daredevil as a reporter at the New York Bulletin and Matt Murdock’s former assistant named as Karen Page, where she befriended Castle after working on his case. Punisher was cast as a character from Marvel’s Daredevil’s second season in June 2015. Then, Netflix requested a series for Punisher in April 2016 where filming began in New York City in October 2016 and concluded in April 2017.

The Punisher was premiered on November 6, 2017 in New York City, and was released on November 17 on Netflix with a full season of 13 episodes. The series was renewed for its second season in December 2017.

Rotten Tomatoes, a review aggregator website, reported a 61% approval rating with an average rating of 6.82/10 based on 54 reviews. The site’s critical concensus reads,

“A rocky start can’t keep The Punisher from pushing the boundaries of Marvel’s TV universe with a fresh take on the comics-derived action thriller.”

Metacritic, on the other hand, which uses a weighted average, assigned a score of 54/100, based on 20 critics, indicating “mixed or average reviews”.

The Washington Post said that Netflix had finally gotten the franchise “right” in a live-action in a way the prior three movies had failed to please fans.

It gave the credit to the “soul” of the show and Bernthal as “one of Marvel’s great casting gets” and made the show “a definitive adaptation that doubles as Netflix’s best Marvel show to date.”

Esquire called the first season “a compelling and complex horror story about the military.” Variety also wrote positively of both the show and Bernthal’s “seamless” performance, saying that “It’s difficult to imagine better casting than Bernthal, who communicates so fluently with impassive silences, and is convincing both when he is being terribly violent and especially gentle.” However, the review said the show took some time to show that it “transcends what it appears to be” at first, through Steve Lightfoot’s “sharp, conscious storytelling.” It also praised what it called anti-violence themes throughout the series.

IMDB (Internet Movie Data Base), the world’s most popular and authoritative source for movie, TV and celebrity content, has given this series a very high star rating of 8.8 out of 10. 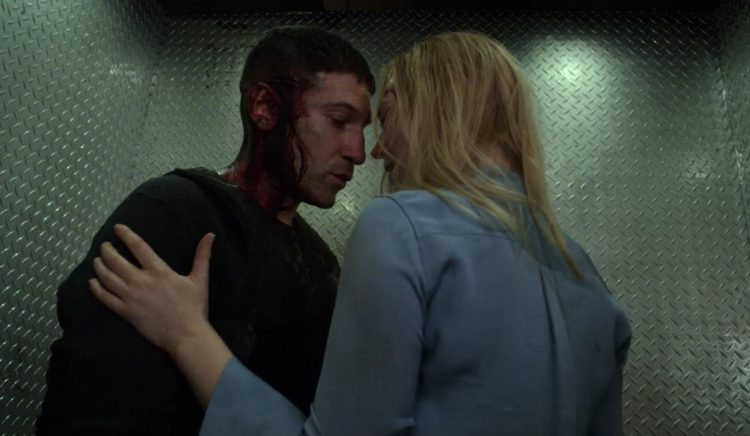 Those were the positive response and heart-warming reviews from the film critics, which made this series worthy to watch. Aside from the actor who played the main role, Jon Bernthal, played a very natural acting performance that made this one more convincing when it comes to military experience in a warfare. This is one of the best series ever produced by Marvel Television and one of Netflix’s best web series so far too. This series is packed with action, crime drama, and, conspiracy thriller, which is also a big no-no to kids since there’s graphic violence, gore, and foul language not suitable for them. Nevertheless, this series really rocks when it comes to stunts and actions, and of course never forget Franks’ adept of wielding military guns that made him famous for his marksmanship as a crime-fighting vigilante who knows nothing about laws and rules to abide if someone as vile as you has made some horrendous misdemeanors. 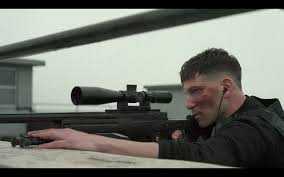 I give my 9.3 out of 10 for this series, and of course this series also deserves not just a thumb-up, but a two thumbs-up since this series really captivates me how the story runs smooth with promising actors playing their natural roles. This one should deserve an applause. Kudos to the showrunner and the production staff working behind this series. Truly persuasive and compelling action series from Marvel I’ve ever watched so far!

I strongly recommend this series to all who like to watch conspiracy thriller series with a mixed of crime drama. You’ll never take this for granted!