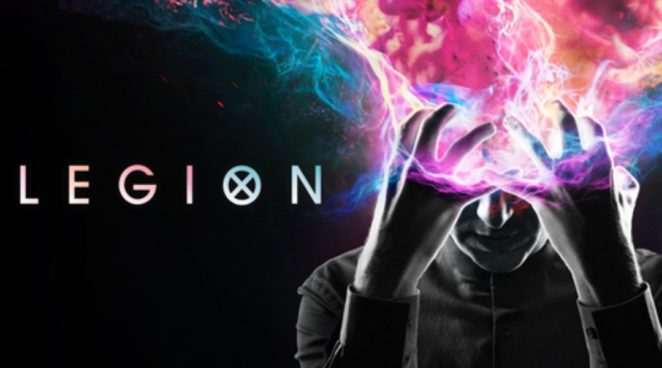 Legion is an American cable TV series based on the Marvel Comics character named David Haller aka Legion. This series is X-Men’s first series and is connected to the film series produced by FX Productions in association of Marvel Televisions.

Dan Stevens (Beast of Beauty and the Beast) played the role of David Haller, a mutant diagnosed with schizophrenia at young age.  Based on comics, David Haller aka Legion was the mutant son of Professor Charles Xavier, the founder of X-Men. But in this series, Legion knows nothing about him yet, though he know already that he was just adopted. He met his “girl of his dreams” in a psychiatric hospital named Sydney “Syd” Barrett, played by Rachel Keller (Simone Gerhardt of Fargo), a young mutant woman whose mind trades places with that of anyone she touches, with hers entering their body, and vice versa.Legion various psychic abilities , icnluding telepathy and telekinesis. Also in the cast were: Aubrey Plaza (Julie Powers of Scott Pilgrim vs. The World) as Lenny Busker, Haller’s childhood friend  and an impossible optimist despite a history of drug and alcohol abuse. She died in the first episode , but returned as as one form of the powerful mutant named Amahl Farouk aka the Shadow King, believed to be Charles Xavier’s arch enemy from the astral dimension who came back to seek revenge and infested inside the mind of David; Bill Irwin (Atticus Nevins of Sleepy Hollow) as Cary Loudermilk, a mutant scientist who has a savant that lives inside his body. His savant was named as Kerry Loudermilk, played by Amber Midthunder (Vernon Teller of Hell or High Water). Their mutant power allows them to coexist in one body or to become separate physical persons. Kerry only ages when she is outside cary, leaving her physically much younger than he is. Cary Loudermilk was also one of the founders of Summerland (mutant facility and school for gifted youngsters that works also as the X-Mansion); Jeremie Harris (Leon of Angriest Man in Brooklyn) as Ptonomy Wallace, a memory artist and as well a mutant, a former child prodigy, and one of Bird’s specialists. He remembers everything and has the ability to take people back into their own memories; Katie Aselton (Jenny of The League) as Amy Haller, David’s adopted older sister, who tries to pacify David when his mind is being infested by the Shadow King; and Jean Smart (Stella Kay Perry of Sweet Home Alabama) as Melanie Bird, a demanding psychiatric therapist and helps David Haller to control his powers.Legion’s first season was packaged with 8 episodes. Its second season was renewed by FX on March 15, 2017, and will be aired on February 2018 with 10 episodes. Marvel’s The Gifted will be the second X-men TV spin-off after Legion, which will be aired this October 2, 2017. Legion is a good way to start watching X-Men live-action spin offs on TV. I can give this series a high-five. If you will love mutants and a big fan of X-Men, this will certainly serves your obsession to watch mutants on screen.Another job well done from Stan Lee and the production staffs on working for Legion’s first season. Can’t wait for the second one soon.