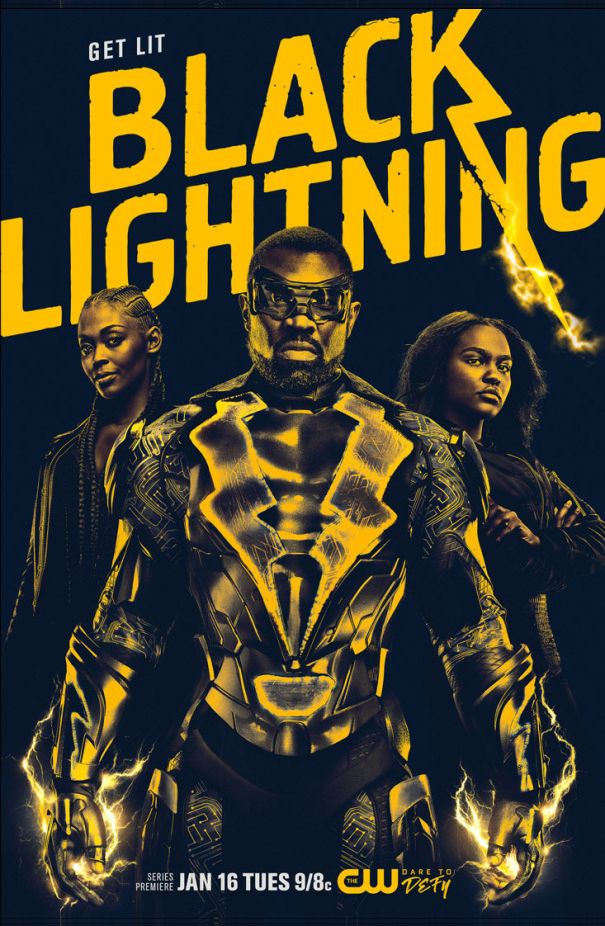 Black Lightning is an American superhero television series that is based on the DC Comics character of the same name created by Tony Isabella. The series was developed by Salim Akil and was aired on The CW. It began its development in September 2016 when it was ordered by Fox for pilot production commitment until in February 2017, Fox passed on the series, with it being picked up with a new script for the pilot by The CW. The CW then ordered the series officially in May 2017. Its first season was premiered on January 16, 2018 with a running 13 episodes, and as good as it gets, season 2 will be renewed as of April 2, 2018.

The series starts with the comeback of the retired Black Lightning to a hero life and its effects on his family life, and the reason why he returns to save the city once more against dominating and vile elements that badly influence the city that he protects with. The series stars German actor Cress Williams (George of Because She’s Ugly/ Detective Joe of Fallen/ Cole Guthrie of Code Black/ Lavon Hayes of Hart of Dixie/ Ornette Howard of Friday Night Lights/ Officer Reggie Moore of ER/ Tucker Jones of Grey’s Anatomy/ Wyatt of Prison Break/ Lester of the West Wing/ Nathan Woods of Veronica Mars/ Dr. Sam Magala of Providence/ Antwon Babcock of Nash Bridges/ Terrence Williams of Living Single/ Dudley Adams of Leaving LA/ D’Shawn Hardell of Beverly Hills) as the titular character Black Lightning with Jefferson Pierce as his alter ego. He is a retired superhero with the ability to manipulate and harness electricity, and at the same time works as a principal at Garfield High School. After his daughters are kidnapped by a local gang, he returns in fighting against crimes. 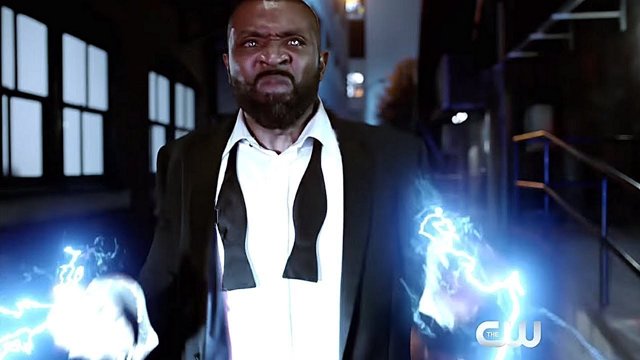 American actress Nafessa Williams (Jade of Twin Peaks/ Dr. Charlotte Piel of Code Black/ Toya of Burning Sands/ Jenny of Tales/ Sahirah of True to the Game/ Monica Berry of Restored Me/ Simone of Brotherly Love/ Deanna Forbes of One Life to Live) played her role Anissa, also known by the code name Thunder. She is the elder daughter of Jefferson, and who like her father, is also a metahuman, possessing an ability to manipulate her density, endowing herself with superhuman strength and near invulnerability. She can also create powerful shockwaves during combat. She also has a rapid healing factor. She then becomes her father protegee and sidekick partner, though being a black lesbian in particular. 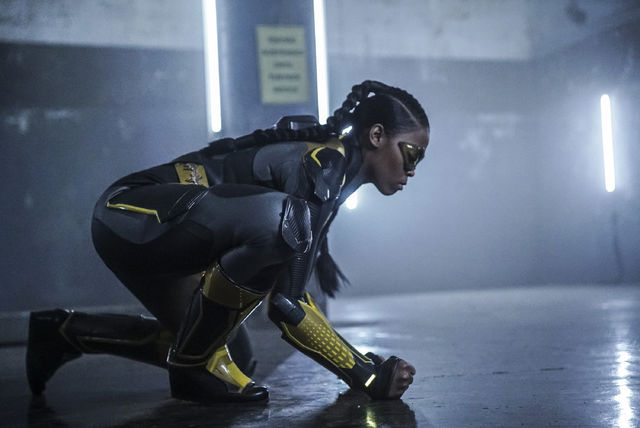 Three-time award-winning American actress China Anne McClain (Uma of Descendants 2/ Chyna Parks of ANT Farm/ Jazmine Payne of House of Payne/ Sheena of KC Undercover/ Freddie of Descendants: Wicked World/ Lira of Sheep & Wolves/ Lauren of The Night Shift/ Ghufaira of Bilal: A New Breed of Hero/ Kathryn Walling of Bones/ Charlotte McKenzie of Grown Ups/ Kiara of Jonas/ Isabel of Hannah Montana/ Alexis of The Gospel) played her role as Jennifer, younger daughter of Jefferson and sister of Anissa. She is an independent, outspoken scholar-athlete having a wild streak of her own. She also possesses powers where her cells could generate energy. It is believed that her electric power is much more powerful than that of her father’s. 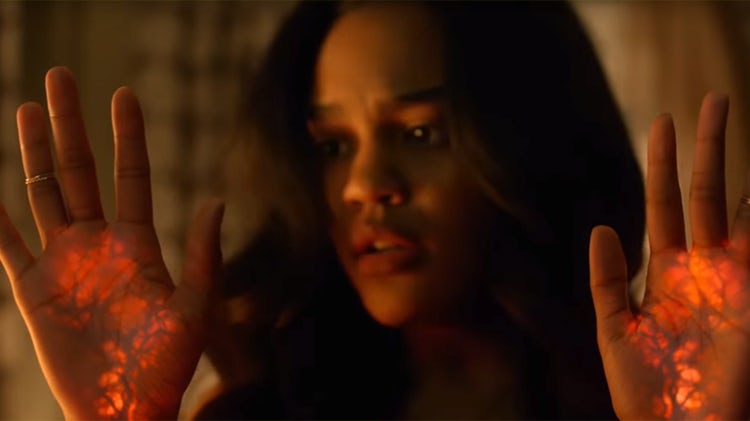 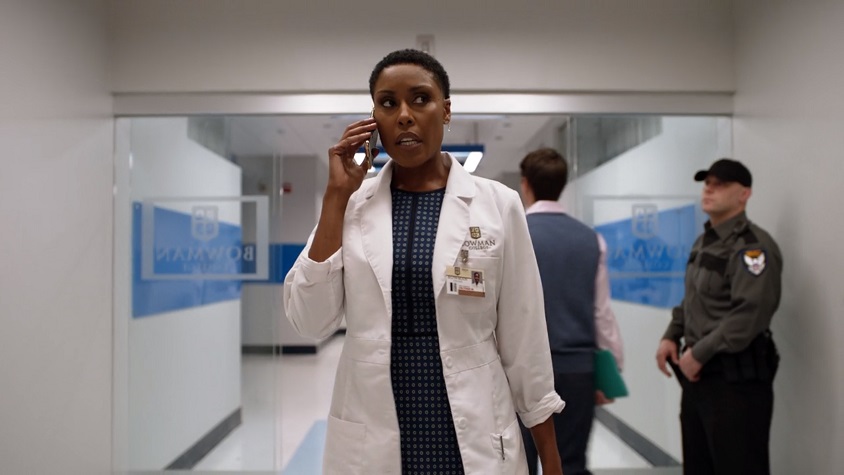 Twice award-winning American actor James Remar (Kodiak of The Path/ Hutch of Code Black/ Frank Gordon of Gotham/ Cephelo of The Shannara Chronicles/ Admiral Parnell of USS Indianapolis: Disaster at Philippine Sea/ Mr. Reese of Beware the Batman/ Jimmy Evans of Grey’s Anatomy/ Tonraq of The Legend of Korra/ Ace Speck & Butch Pooch of Django Unchained/ Sideswipe of Transformers: Dark of the Moon/ US General of X-Men: First Class/ Randall Priest of Numb3rs/ Giuseppe Salvatore of The Vampire Diaries/ Ray Cumberland of Blade: Trinity/ Richard Wright of Sex and the City/ Agent Markham of 2 Fast 2 Furious/ James Carver of 7th Heaven/ Tiny Bellows of The Huntress/ Josef Kobold of The X-Files/ Rayden of Mortal Kombat: Annihilation) played his role as Jefferson’s oldest friend named Peter Gambi, who also became a father figure and mentor to him and also works as his “tailor” while having connections with Lady Eve. He was a former member of the ASA known by his real name Peter Esposito. He turned against the organization and gave information to Jefferson’s father Alvin Pierce that resulted to his father’s murder. 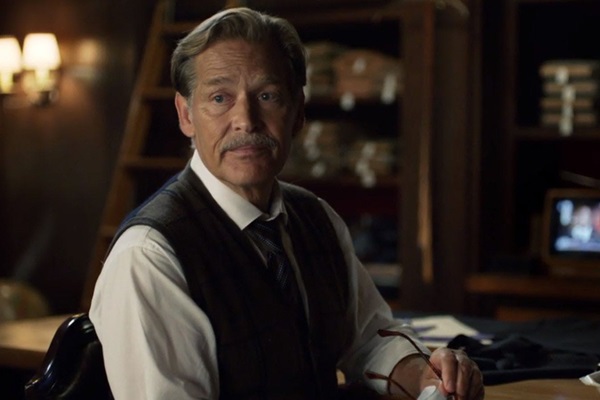 American rapper and member of the group Strong Arm Steady (along with rappers Phil Da Agony and Mitchy Slick) and actor from California, Marvin “Krondon” Jones III (Castor Muskasa of Harry’s Law) played his role as a former politician named Tobias Whale, who rose thru ranks of local government thru corruption yet brought down by Alvin, Jeff’s father. He was exiled after killing Alvin, and became the leader of the notorious gang The 100. He was also involved with the ASA’s efforts to capture and study Black Lightning. 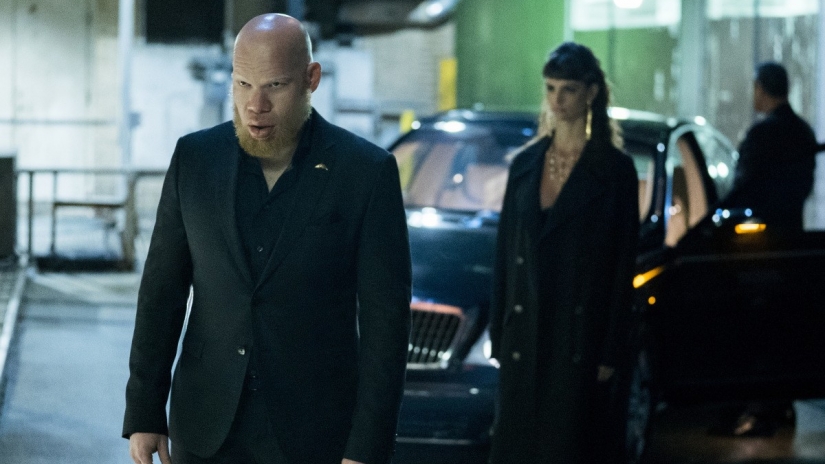 According to a review aggregator website Rotten Tomatoes, Black Lightning’s first season has received a 97% approval rating and based on 43 reviews, it has an average rating of 8.3/10. The website critical consensus reads,

“Black Lightning doesn’t reinvent superhero TV, but it does give the genre a necessary jolt with real-world plots, scary new villains, and a star-making performance from Cress Williams.”

Metacritic, on the other hand, gave an assigned score of 79/100 using a weighted average and based on 24 critics, also indicating “generally favorable reviews”. IMDb, the world’s most popular and authoritative source for movie, TV and celebrity content, gave however 6.4/10 based on critic’s star ranking and reviews. Nevertheless, The Hollywood Reporter’s Daniel Fienberg, has praised the series for being “smart and relevant of an attitude that’s all its own”. Nafessa Williams’ portrayal of Thunder has also received praise for making TV history as the first black lesbian superhero. 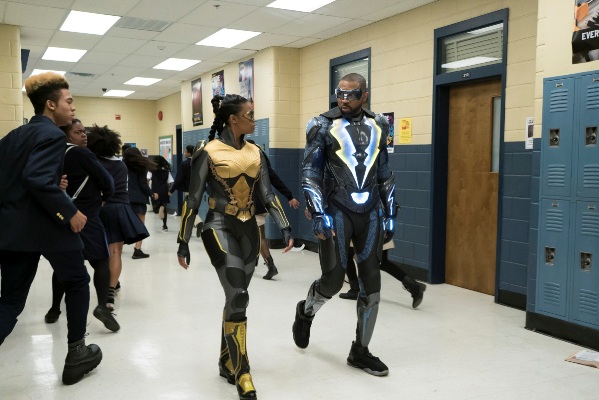 In my own personal review, this series though officially has no connection to the Arrowverse, it still brings impact to the viewers that family and people matters when it comes to saving the community influenced by bad elements and family relationship as well. This family of superheroes is an exemplary of not-that-perfect family but when it comes to saving humanity, qualms are not the options to bring peace and order in the society. I give my 7.6/10 for this one. 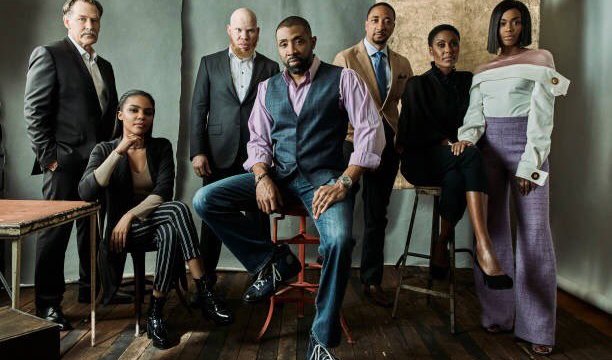 When family is made up of superheroes, power is at their utmost. One of the newest must-watched TV series from DC this year. Worth to watch!

If you haven’t watched this yet, here’s the trailer below: