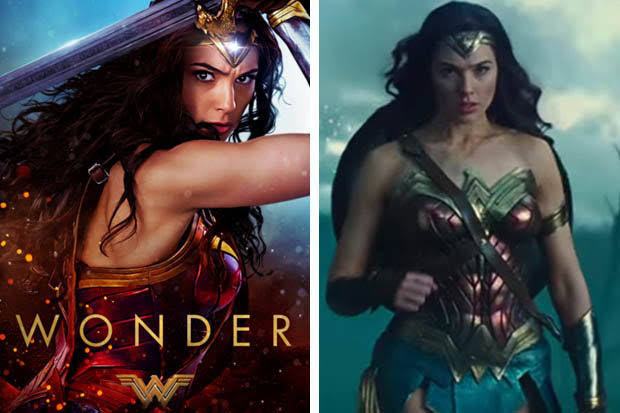 At the height of the popularity of “Batman” (1966), producer William Dozier produced this short film in hopes of getting approval from Warner Brothers to produce a pilot episode for a “Wonder Woman” series, based on the comic book. Unlike “Batman,” which was campy adventure, “Wonder Woman” was going to be a straight comedy series, along the lines of “Captain Nice.” The resulting short written by several writers on the Batman series failed to win Dozier that approval.

1974-Cathy Lee Crosby (born December 2, 1944) is an American actress and former professional tennis player. She achieved TV and film success in the 1980s and was a co-host of the television series That’s Incredible!.

The film was a pilot for an intended television series being considered by ABC. Ratings were described as “respectable but not exactly wondrous,” and ABC did not pick up the pilot.[1] Instead, Warner Brothers and ABC developed a different Wonder Woman television concept that fit the more traditional presentation of the character as created by William Moulton Marston, turning away from the 1968–72 era that had influenced the pilot. The New Original Wonder Woman, which premiered in 1975, starred Lynda Carter and eventually led to the Wonder Woman TV series. Crosby would later claim that she was offered the chance to reprise the role in that series.

2009 KeriLynn Russell (born March 23, 1976)[1] is an American actress and dancer. She came to fame for portraying the title role of Felicity Porter on the series Felicity, which ran from 1998 to 2002, and for which she won a Golden Globe Award.

Margaret Denise Quigley[2] (born May 22, 1979),[3] professionally known as Maggie Q, is an American actress and model. She is known for starring in the action films Mission: Impossible III and Live Free or Die Hard and played the title role of The CW’s action-thriller series Nikita, airing from 2010 to 2013. In 2014, she portrayed Tori Wu in the film adaptation of Veronica Roth’s novel Divergent, a role she reprised in its sequels, Insurgent and Allegiant.[4] She currently stars in the role of Agent Hannah Wells in the ABC political drama Designated Survivor

2015 Rosario Isabel Dawson[2] (born May 9, 1979) is an American actress, producer, and comic book writer. She made her film debut in the 1995 teen drama Kids. Her subsequent film roles include He Got Game, Men in Black II, 25th Hour, Rent, Sin City, Death Proof, Seven Pounds, Percy Jackson & the Olympians: The Lightning Thief, and Top Five. Dawson has also provided voice over work for Disney and DC.

2016-2017 Gal Gadot-Varsano[2] (Hebrew: גל גדות‎‎, pronounced [ˈɡal ɡaˈdot];[3] born 30 April 1985)[4] is an Israeli actress and model. Gadot is primarily known for her role as Wonder Woman in the DC Extended Universe, starting with Batman v Superman: Dawn of Justice (2016), continuing as the lead in Wonder Woman (2017), and thereafter in the first part of the Justice League films