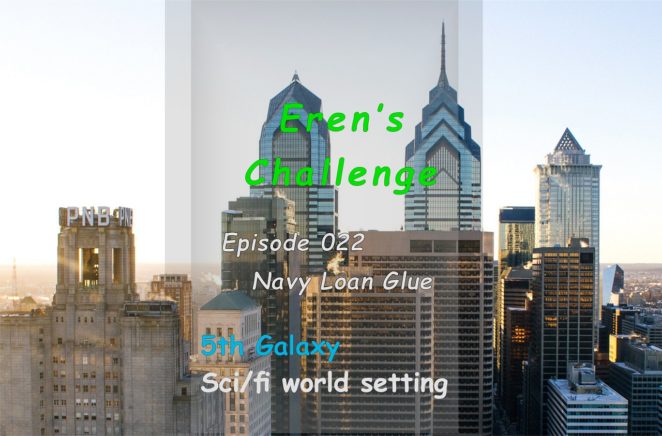 Don’t panic! This is something they never teach you how to do!

The blaring klaxon deafened me before I was able to turn it off and the lights blind me when they come back on as I am looking through my night vision sensors.

The impact of the bullet drove me back, but I had a sense of the direction it came from, and I know where the door should be.

Blindly grabbing for the 11-mil Glixen that I had previously noted sitting on the control panel desk; I try to get the auto-pistol with the hopes of defending myself.

I barely grab the pistol as I fall to the floor behind the desk panel; trying to avoid taking more shots. I have the pistol by the barrel, I’m switching my vision modes as quick as they’ll adjust. Damn the seven-second delays.

I have a proper grip of the pistol in four seconds; time matters now. I can’t delay actions as I feel for the safety switch position: It’s in the ‘Off,’ position already. Damn! She meant business.

Laying on the floor, I listen intently to the footsteps as they approach.

There are three sets; two coming around the south end of the desk and one around the north.

The north one is heavier steps; likely a male and armoured. He’ll arrive first. Damn my luck!

Squirming under the desk into the foot space area quickly and as quietly as I can, I listen more.

Hearing jumbo reach the end of the desk, I wait. Then I jerk my arm out with the pistol aimed for him; I duck my head out in a quick shift to get a rapid aim for his head. I squeeze the trigger which I had set for auto-fire.

Jumbo falls as I feel the impact of another pistol round to my shoulder.

Quickly withdrawing back under the desk, I set the firearm for semi-auto single round fire, as fast as my fingers’ll move.

Rolling out northward away from the duo, I flop out on my back; I fire shots into the bodies of the two women who are aiming their 9-mil weapons at me from the south end of the desk. Both are wearing white lab coats, so they obviously aren’t security.

One drops and I see the blood of the hit on the second as she fires two more rounds at me.

I take one in the gut. The second I feel the burn on the side of my scalp.

“Damn you!” I fire two shots into her chest.

She drops, having fired another round into my leg armour of my synth-suit.

I try to mentally count how many rounds I fired from the supposed fifty that should be in the magazine of the Glixen; I listen for more footsteps.

Twenty to twenty-five fired on the burst – one … two … I think five more singles in total. So, I should have about twenty rounds left to rescue Es.

Feeling the blood on my scalp with my fingers; I wince in pain.

Checking the four bodies, Violoi’s soul is definitely gone from the world. I record her corpse with my com.

Jumbo was only five-foot-tall, but he is in heavy body armour, and he obviously has been working out in a gym. His head has more holes than a good loaf of Swaleen cheese does.

The first, with two holes in the chest and one in her shoulder; she’s deceased.

But number two. Well, she’s a different story. She’s holding her torso near her appendix, with blood seeping between her fingers. She’s not long left in the world for her in the grand scheme of life, but time still.

Retrieving my iridium-glass dagger, I kneel beside her shoulder. Winking I say, “Missy, this can go easy … or not. Your choice! Violoi took my partner, with threats to us of terminating her life if I didn’t cooperate … you see how I react to threats. Tell me, how do I retrieve my partner … safely and intact with no further issues?”

She simply stares out into space, apparently ignoring me.

I drag the tip of my dagger along her cheek; I draw trickles of blood.

She flinches aggressively and blinks many time, trying to block more tears.

“I’m not playing games, Missy. I want an answer.” I place the tip of my dagger on the tip of her nose, not breaking flesh … yet!

She tries shaking her head to move her nose from the dagger. I grab her chin, gritting my teeth with open lips. Placing my dagger to her nose’s bridge. “Once more, tell me.”

Whimpering she utters, “Only Violoi has the codes that neutralize the explosives in her skull.”

I look at Violoi’s corpse; well that doesn’t work.

Looking the lab tech coldly in her eyes, putting pressure on the blade. “How do we remove the explosives, sweetheart?”

Blood trickles along the surface of her nose bridge where my blade meets it.

I feel her body quivering as I lean my body weight on her.

She utters, squeaking, “use the Urtor extractor in the lab.”

I release my pressure on the woman, taking my weight off her body as I move the dagger away.

She looks down at her abdominal wound, then up at me, whimpering, “I can’t. I don’t know how.”

She gestures to the dead woman.

Wait? Is it random? There are a series of three double-digit numbers in the upper right-hand corner of each page. They’re not sequential, or in any order, I can see at a quick glance. The book comes with me.

I look down to the woman who is bleeding out on the floor. She could be minutes or hours there before dying, she might even survive.

Kneeling beside her, I look into her eyes as I swiftly bring my dagger across her jugular thus releasing her pain.

Not watch the tech die, I rush out of the room, with the blood of four more people on my hands.

Retracing the path which the nameless one drew me along on and I had the suit’s computer memorize, I race back to the room with Es. I arrive to find the nameless woman standing in front of the invisible, seamless door. She has an odd-looking device in her hand.

Addressing her I say casually, “Violoi released me, we’re finished.”

She holds out her hand. “Card!”

Looking her in the eyes to hold her gaze I bring the Glixen out from behind my back for a headshot, firing three rounds, I hear the thuds of bullets on the wall behind her before realizing I’m standing with an illu-image.

I hear fluid flowing on the floor as my night-vision is kicking in. The vision crossover is slow, too damn slow.

I feel the pressure of the fluid on my footwear. Then it stops, followed by almost total silence and nothing.

The illu-image says back, “the Navy’s patrol glue, we have a load of it in supply on loan from a generous commander who no longer is among the living. You won’t be going anywhere Eren.”

To be continued in the next Eren’s Challenge episode 023, ‘White Ship Cabin.’ …