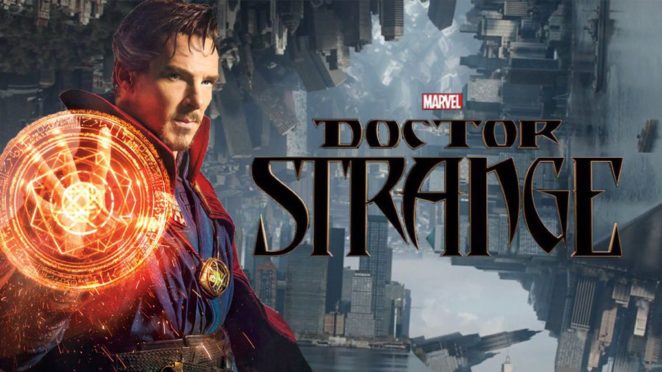 Just done watching this 14th film of Marvel Cinematic Universe. A superhero film about a neurosurgeon named Dr Stephen Strange (Benedict), who lost the use of his hands from a car accident, went to Kathmandu, Nepal to look for Kamar-taj after a paraplegic Jonathan  BenjaminBratt) who mysteriously walked again, told him and directed him out to look for it.But as he went there at Kamar-taj, he met a sorcerer named Mordo, and led him there and introduced to TheAncientOne (tildaSwinton), a Celtic mystic who became his mentor and taught him about Astral Dimensions,  Mirror Dimensions, and told him about  Dark Dimension, where time does not exist and all can live forever, yet  Dormammu dwells in it, waiting to devour the Earth, only if Kaecilius, a former student of mystic arts of The Ancient One (who also stole the lost pages from the BookOfCagliostro), could destroy all the the 3 sanctums (found in Hong Kong,London, & New York) that guards the Earth…Doctor Strange able to bend time and learned quickly by reading the mystic arts books and also using the mystical Eye Of Agamotto. He’s also able to fly and float thru the Cloak Of Levitation that permanently and favorably clings to him.

If you like watching kaleidoscopes, optical illusions, and other abstract arts, or even time loops, this one’s good for you, since this movie has won for Best Visual Effects in the latest Academy Awards (Oscars).  In post-credits of the film, Thor talked to Doctor Strange, and asked him to help find his father Odin with his brother Loki whom he asked to search with.