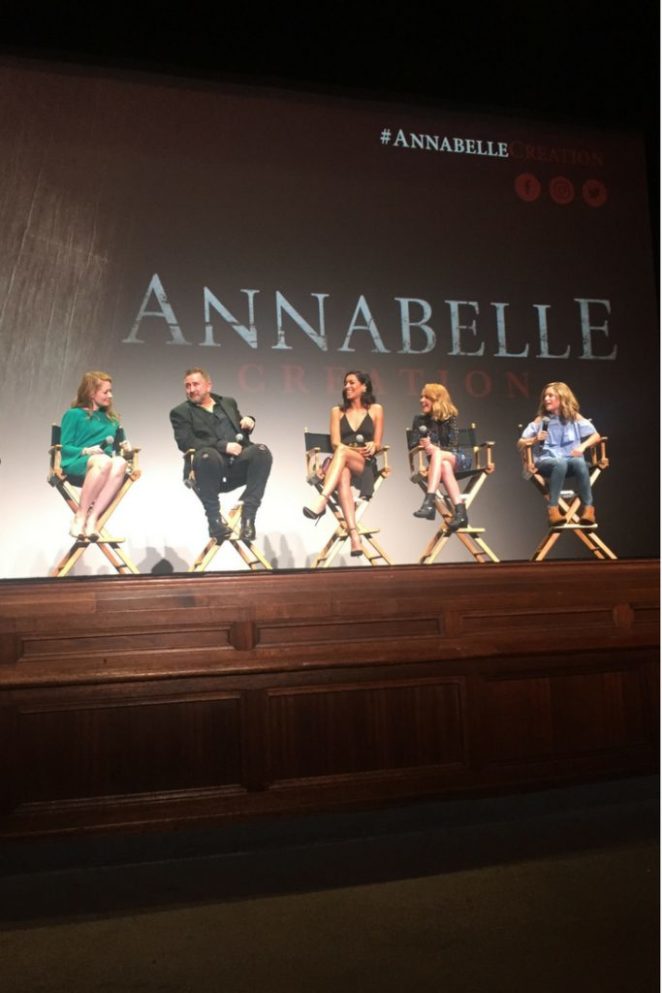 One amazing thing is the summer movie season this year. Even though only a handful of movies of that were reboots of television shows or sequels to motion pictures have been what you call blockbuster movies.

I am surprised to report that the sequel to “Annabelle” which came out in 2014 called “Annabelle: Creation” which opened this weekend in theaters in North America as the most watched movie with $35 million dollars made from approximately 3,500 theaters that showed the horror movie of a doll that is evil that wrecks havoc on the people who live in the same house as the doll.

The animated movie called “The Nut Job: Nutty By Nature” only made $8.9 million dollars in about 4,000 theaters this weekend. The sequel to the 2014 animated movie “The Nut Job” which came out in 2014 was not well received by the movie fans who must like scary movies of dolls that are evil like Annabelle.

It remains to be seen if “Annabelle: Creation” can remain at the top spot next week with the openings of the action comedy motion picture “The Hitman’s Bodyguard” and the comedy “Logan  Lucky”.

What is evident is that many motion pictures that have been in the top spot one week like “The Dark Tower” and “War For The Planet Of The Apes’ were the most watched movies one week and when the next week comes the money the movies made drop off the top spot faster than my original character Gabrielle Squirrel can change into her super hero persona Panama Squirrel by using her catch phrase “You Are History”.