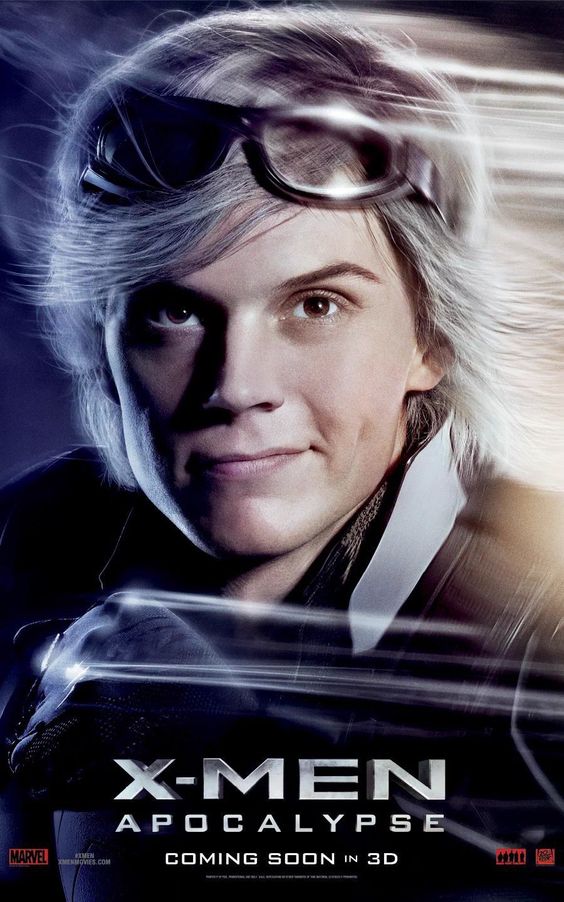 Actor Evan Peters will be playing the role of Quicksilver in the Marvel Studios movie X Men: Dark Phoenix which will start filming in Montreal Canada this week.

Quicksilver whose real name is Pietro Maximoff started as a villain who later became on the members of the super hero group The Avengers who like the D C Comics book super hero The Flash is known for his super speed.

The amazing fact of Quicksilver is that he is the twin brother of Wana Maximoff who is known as The Scarlet Witch who started her career as a villain before she turned into a heroine and joined the Avengers super hero group.

Quicksilver in my opinion is similar to the Flash but without the wise guy comments that The Flash who was secretly Wally West in the Justice League cartoon series that was on Cartoon Network.

I guess Marvel studios has seen a goldmine with the X Men movies since they are unusual group of super heroes who are mutants and disliked by humans for being different.

The movie “X Men: Dark Phoenix” barring any unforeseen circumstances will be released in theaters on November 2, 2018.

If I were a writer of a super hero story I would write a fan fiction where the Road Runner, The Flash and Quicksilver would run a race around the world to show the fans who is the world’s fastest man or animal for a charity to benefit orphaned children around the world without the infamous screw job endings in the cartoons.