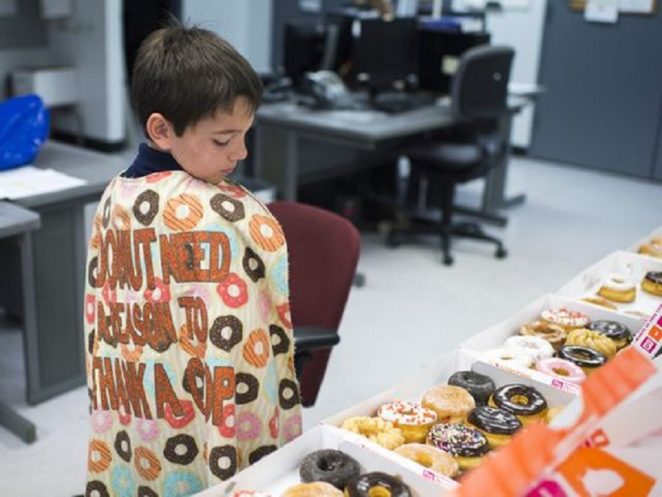 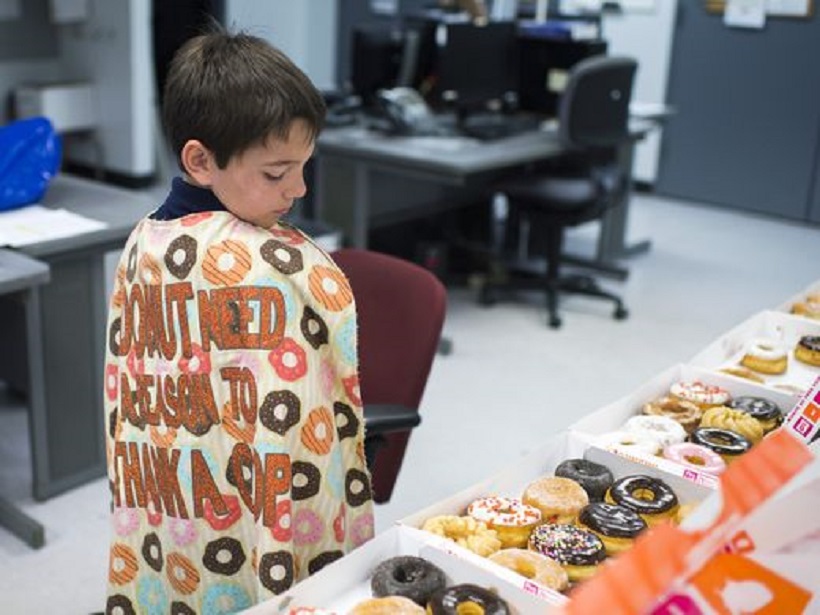 Tyler Carach is one 11 year old young man who has this wonderful view that police officers appreciate when someone offers them a gift like giving the police officers donuts as his way to thank them for their service to serve and protect their citizens in their town.

Tyler who evidently admires the fictional superheroes, uses this gimmick of calling himself “Donut Boy” by wearing a cape.

Tyler and his mother through donations from around the world travel to other states in America with the goal of traveling all of the 50 states to donate donuts that he and his mother buy at stores to go to police stations in giving out donuts to the police officers who in kind have thanked him and his mother for going the extra mile for their act of generosity.

Tyler and his mother only make these trips to other states from their home in Florida during the school holidays since his need to be educated comes before his mission of love.