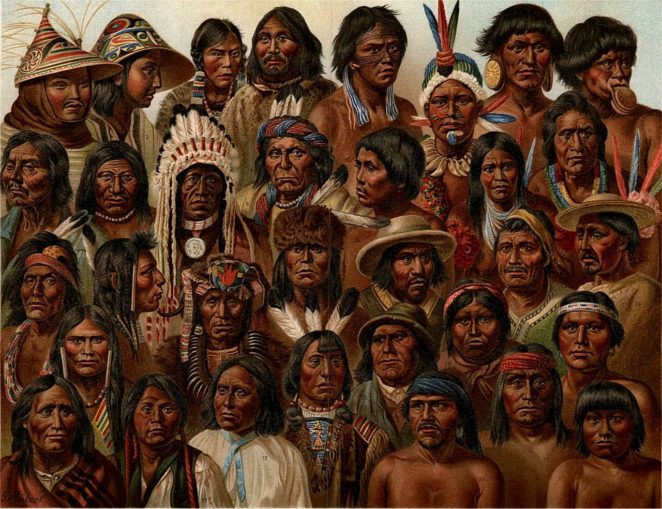 The theory that has been accepted for many years is that the first people to inhabit the continents of North and South America reached their destination by travelling over the land bridge that existed, at the time of the last Ice Age some 13,000 years ago, between what is now Alaska and Siberia.

These people have been given the name “Clovis people” by virtue of the evidence found near the town of Clovis in New Mexico in the 1930s. A feature of Clovis culture was a particular design of spear point that has been found at a number of sites.

However, this evidence has since been disputed and it is now believed that there were humans in the Americas some 2,500 years before the Clovis people arrived. Evidence of earlier populations has been found in Texas in the form of tools that date from about 15,500 years ago.

The theory is that these people could have arrived by sea from islands in the Pacific Ocean. They may have originally colonised South America and then moved north.

Whatever the truth of the matter, it is evident that humans were living in the Americas many thousands of years before Europeans “discovered” the continents in the 15th and 16th centuries and proceeded to claim divine sanction for their subsequent conquests.