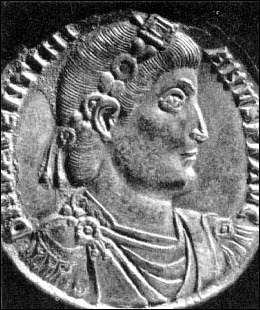 The reign of Valentinian I marked a new stage in the decline of the Roman Empire, namely one in which emperors reigned but did not necessarily rule. Power was staring to ebb away from the person who was nominally in charge and towards the civil servants and officials who were increasingly making the important decisions.

Valentinian was born in 321 in what is now Croatia. Like his predecessor Jovian, he was a middle ranking army officer who was unexpectedly chosen to be Emperor. In Valentinian’s case this happened when Jovian was found dead in bed one morning, possibly poisoned by fumes from an ill-ventilated coal fire. 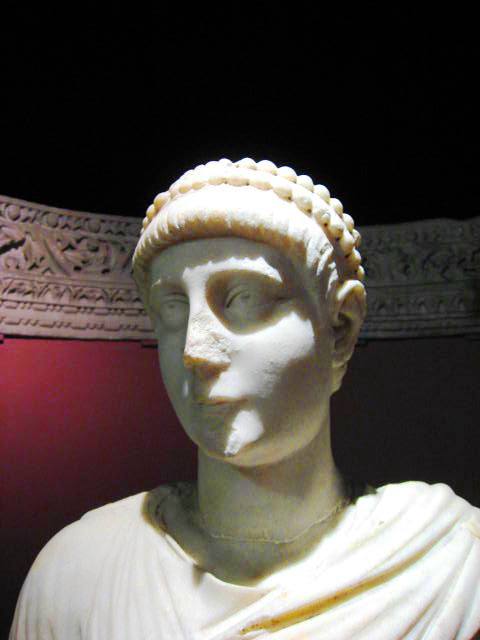 Valentinian was by no means the first choice of the general staff, who spent around a week mulling over several candidates before making their decision and offering him the job. It was not long before Valentinian realized that this was such a huge responsibility that he could not take it on alone and asked for his younger brother Valens to be made co-emperor alongside him, which was agreed, with Valentinian being in charge of the western empire and Valens of the eastern half.

Real power at this period of the empire’s history belonged to local bureaucrats, so that emperors were obliged to negotiate with various power structures that pretended to act as representatives of central government. The last thing that these local rulers wanted was effective imperial interference, and Valentinian and Valens were just the men who fitted the bill from their point of view.

Not surprisingly, this sort of hands-off rule allowed corruption to flourish at a local level, given that officials knew that they were unlikely to be held to account for activities that feathered their own nests.

One such example arose in North Africa at the start of Valentinian’s reign when Romanus, a long-serving military commander, refused to come to the aid of a city that was under attack because the inhabitants would not pay the huge bribe that he demanded from them. Romanus was able to get away it and escape justice for the whole of Valentinian’s 11-year reign.

Evidence of where power really resided – i.e. not with the emperor – came when Valentinian fell seriously ill in 367 and the question arose of who might succeed him should he die. Two factions within the imperial court debated the matter between themselves without consulting either Valentinian or Valens.

In earlier times that would have been regarded as treasonous conspiracy and heads would certainly have rolled when – as indeed happened – the emperor recovered his health and learned what had been going on. However, nobody was punished. The net result was that Valentinian felt constrained to name a successor, who was his son Gratian, then aged 8.

Valentinian’s main problem as emperor was in dealing with barbarian revolts and incursions. In Britain there was trouble from tribes north of Hadrian’s Wall – aided by the Scotti from Ireland – and in the south the Romans had to deal with warlike Saxons and Franks. These proved to be relatively minor problems that local commanders were able to solve without too much difficulty.

Greater threats were posed by tribes in the Danube region, notably the Alemanni, Sarmatians and Quadi, and Valentinian met his end in dealing with the third of these tribes, although not on the battlefield. In 375 a delegation from the Quadi sued for peace in a face-to-face meeting with the emperor. The complaints they made about Roman behaviour annoyed Valentinian to the extent that he flew into a violent rage that led to a fatal stroke.

Valentinian’s brother Valens was still ruling over the eastern empire, where he had plenty of problems of his own to contend with. Valentinian’s son Gratian, now aged 16, was just about old enough to take up the reins of power in the west, but he found himself having to share them with an even less likely candidate for the job, namely Valentinian’s other son, by his second wife, who was also named Valentinian but had only reached the age of five!