Dioscoro Teofilo de la Puebla Tolin (1831-1901) was a Spanish painter who studied in Madrid and Rome and worked in the tradition known as Historicism, this being a subgenre of history painting that interplayed patriotism, religious zeal and notions of glory.

His 1862 work “The First Landing of Christopher Columbus in America” is an excellent example of this attitude to history, in which historical fact was subservient to the prejudices of the people who commissioned similar works of art produced by many artists of the time. 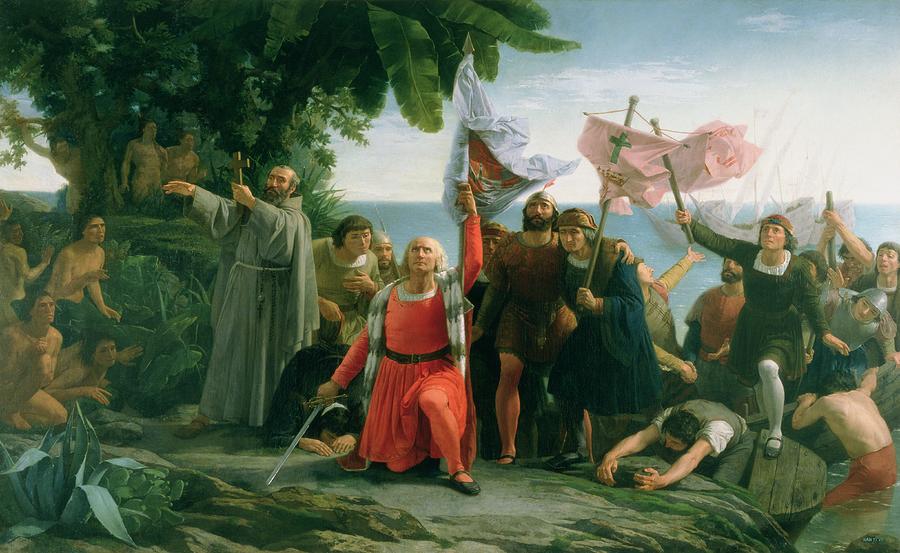 In this painting naked savages cower in fear of the noble explorers who have arrived bearing symbols of religious and national pride. The central figure of Christopher Columbus looks heavenwards while striking his sword on the ground. The message of the painting is clearly that the settlers have a divine right to claim the land of the natives, who will either be “saved” by the Catholic Church or massacred if they refuse to comply.

Tolin’s painting would have been thoroughly admired in its day as a justification of the colonization of the Americas, but today we can see it in a different light as a glorification of the shameful conquest of indigenous peoples who did not deserve what was about to befall them.