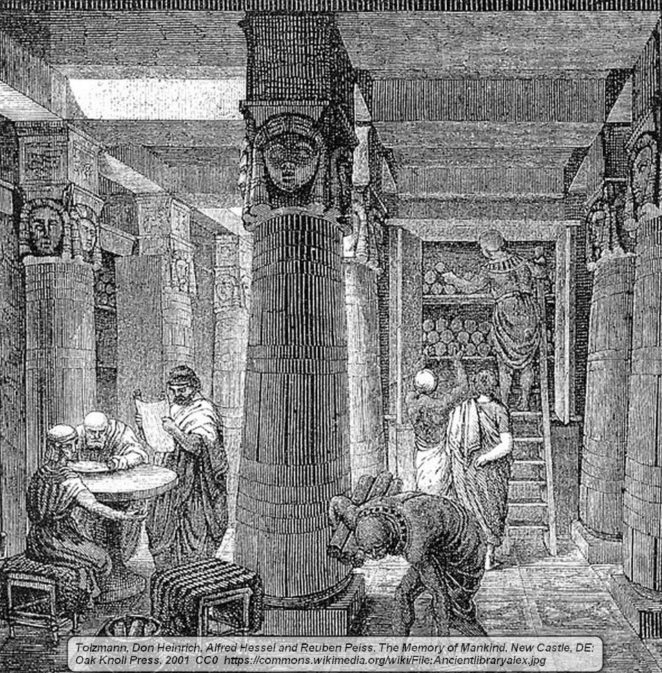 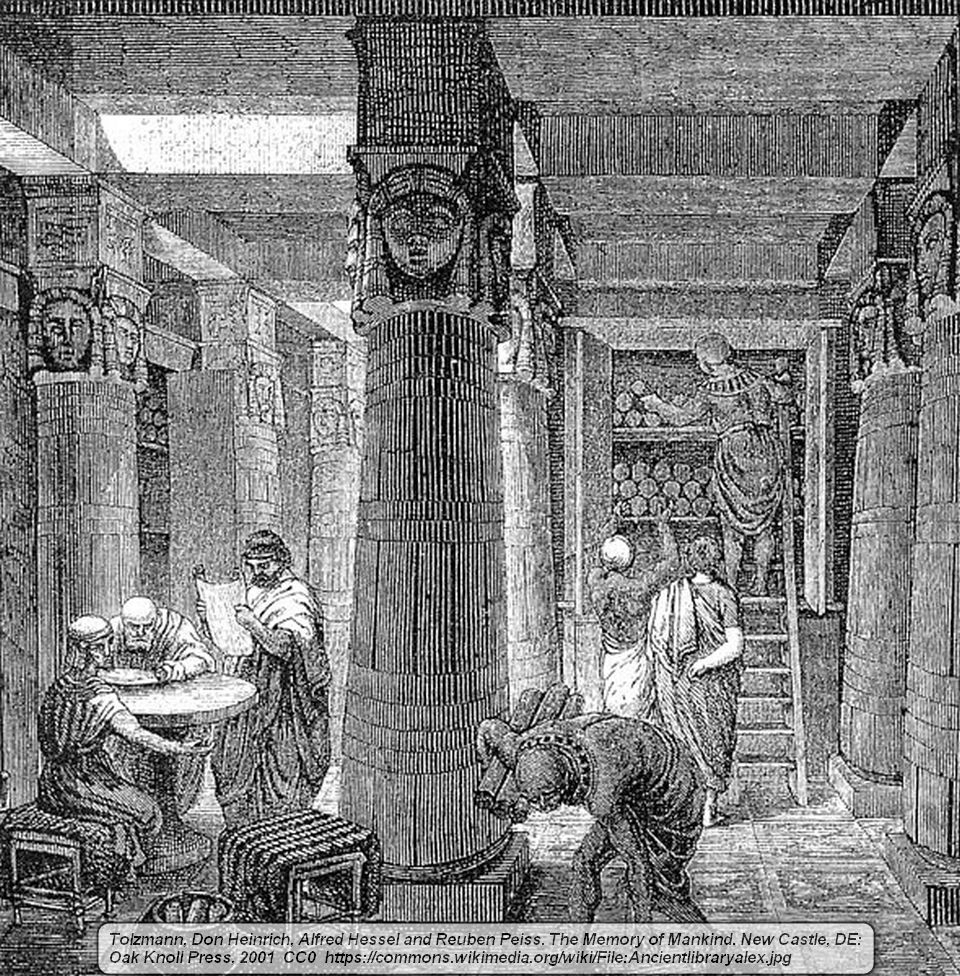 There is perhaps no better-known and certainly no larger library in the ancient world than the library of Alexandria. It held a vast amount of information and huge archives that contained nearly all the written knowledge of the times. Its loss set mankind back by over a thousand years and we still don’t know what all we haven’t again discovered.

The beginning of the library

Many ancient cultures amassed great amounts of knowledge, partly scientific, philosophical, and literary. No culture was quite as keen on this as the Greeks, though many cultures contributed.

Alexander the Great, during his conquests, gathered much of the knowledge, in the form of clay tablets and papyrus scrolls, as part of his plunder. This was a sizable amount of information, since Alexander conquered lands far and wide, encompassing many of those cultures.

The ancient city of Alexandria, in Egypt, was named for Alexander the Great and one of Alexander’s commanders and companions was a man named Ptolemy I, a Macedonian. When Alexander died, Ptolemy became the ruler of Egypt, Libya, and part of Arabia.

At around 300 years before the birth of Christ, Ptolemy began what was to become the Library of Alexandria, where the vast stores of knowledge would be kept. This was in two parts. One was primarily for storage of the scrolls and tablets and the other was additionally a research center. The research center was known as the Museum or literally “Shrine of the Muses”. It is from this that we get the word that is used today.

King Ptolemy wanted to create a universal library that contained all knowledge. To those ends, he didn’t just stop at collecting such tablets and scrolls only when he conquered a land. He also commissioned the purchase of material, with the stated purpose of copying it for the library. A copy was usually made, but it was the copy that was often returned to the owners of the material. The library kept the original.

More material was seized as sort of a tax for ships that used the harbor. “Books” (in the form of scrolls) were also purchased outright.

Some of the works known to have been at the library of Alexandria included those from Archimedes, the mathematician, Euclid, also a mathematician and the ‘father of geometry’, Aristarchus, an astronomer who first postulated that the earth moves around the sun rather than the other way around, and many other leading scientists and philosophers of the time.

Making sense of the works 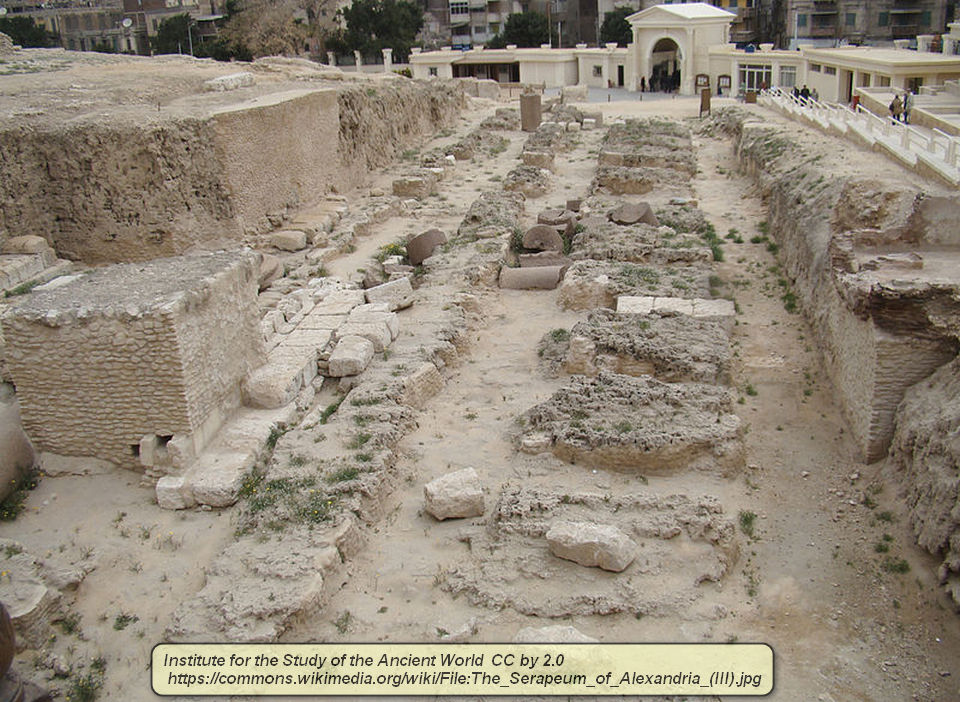 The library was divided into various fields of knowledge; law, tragedy, epic, rhetoric, lyric poetry, comedy, medicine, history, natural science (including a huge amount of geology and astronomy), mathematics and miscellaneous. Each book was cataloged with the title, author, length, place of origin, and editor. Much of this same information is still kept for works in public libraries today.

The royal library is said to have contained 500,000 books and the secondary library, another 50,000. By today’s standards, that would be a good-sized library. It should be remembered, though, that none of these books were printed with printing machines. They were all done by hand and most were on papyrus scrolls which were painstakingly cataloged and carefully stored.

Many of those books and artistry would be considered priceless today. The libraries certainly contained an enormous amount of information.

Destruction of the library of Alexandria

At least it was spared until 640 AD when Arab armies swept through Egypt with the goal of conquering the world in the name of Islam. The Arabs had no idea what was contained in the half million scrolls, so the ruler was told that they either had nothing to do with the K’ran and thus were ‘worthless’, or they did have to do with the K’ran, which the Arabs already had, so the order was given to destroy everything.

The priceless manuscripts were burned and used to heat the 4,000 public baths in Alexandria. The number was so vast that they heated the public baths for months. Sadly, many of the books of knowledge had no copies and were lost forever. It was perhaps the greatest loss of knowledge in the history of mankind.

The library of Alexandria was a noble and worthwhile idea and for nearly 1,000 years, it amassed nearly all of the knowledge of mankind before it was finally destroyed by the Arab armies. It is an open question about where our knowledge would be today had the scrolls not been destroyed. Certainly, knowledge and learning were set back tremendously and some of the secrets of the ancients are still things we don’t know.