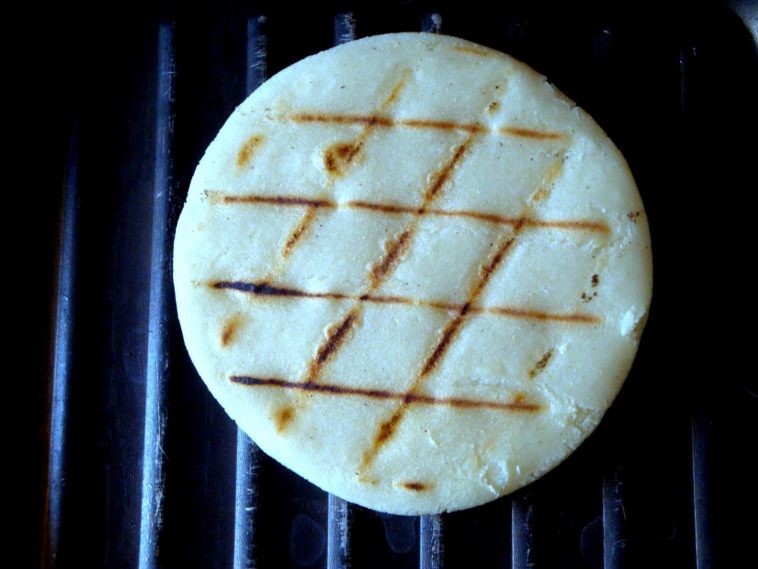 I present to you Mrs. Arepa, queen of the Venezuelan kitchen and table. The arepa can not be missing in the breakfasts of the Venezuelan people, and it has served as a companion of the first courses in lunches and dinners. But today, due to the sociopolitical and economic drama in which the country has been submerged, the arepa has been in crisis. As has never been seen, it is currently difficult to have the arepa on our tables due to the high cost of corn flour and the grain itself, but it still does not disappear, we are reluctant to abandon our bread. 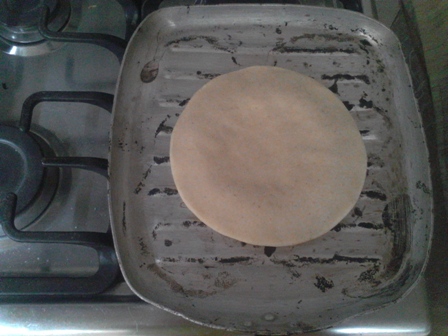 The arepa is the Venezuelan bread made with corn in different ways, but commonly, like our Indians, with peeled corn kernels, parboiled and ground; and with processed flour, the most common nowadays. In both cases, both with the parboiled and ground corn and with the flour, a dough is produced with which balls are made, which after giving a flat shape is rounded in different sizes and thicknesses that are cooked in the fire in the grills, pans, or on a clay plate, specially made for this purpose, called “aripo”, which is where the name arepas comes from. Currently there is a variation of the “aripo” that is made with metal called “budare”. Nowadays they are also cooked in the oven. 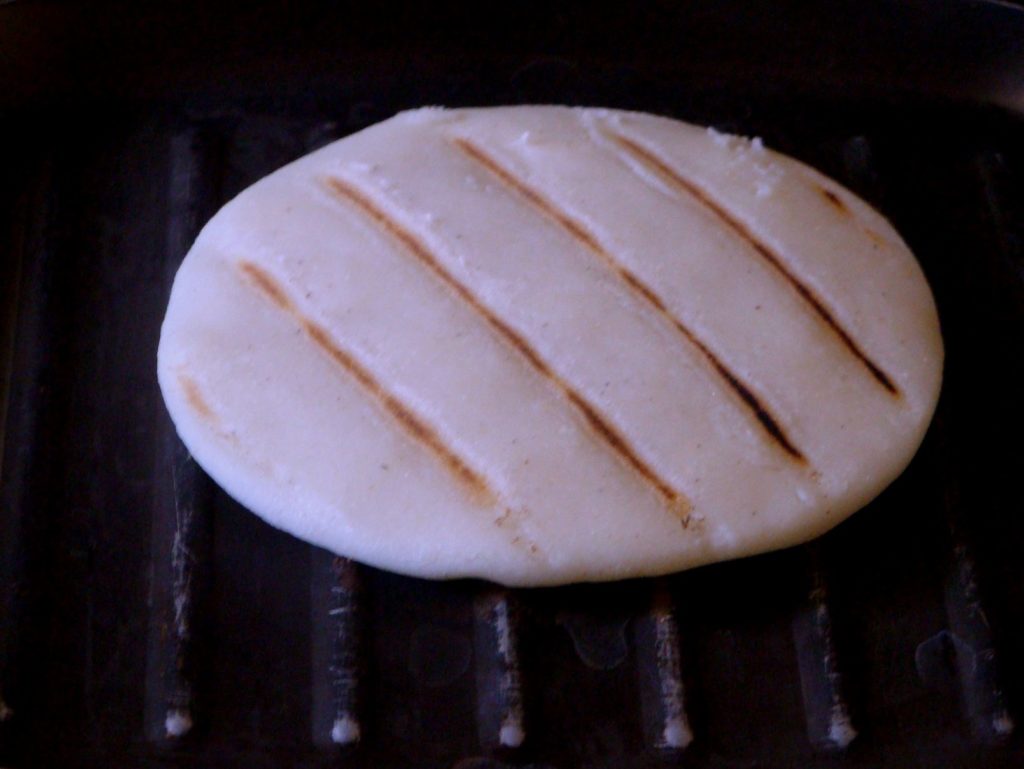 The arepa is part of the culinary culture of Venezuela, it is the bread that has been present in our tables, which is good for the three daily meals without distinction of social and economic position. The same has been at the table of the peasant, the people of the slums and the residents of the big capitals. The arepa has been on the table of the most humble people, as well as the most honorable people. It can be found in fast food kiosks in cities, in popular markets, but also in the most luxurious restaurants in cities. 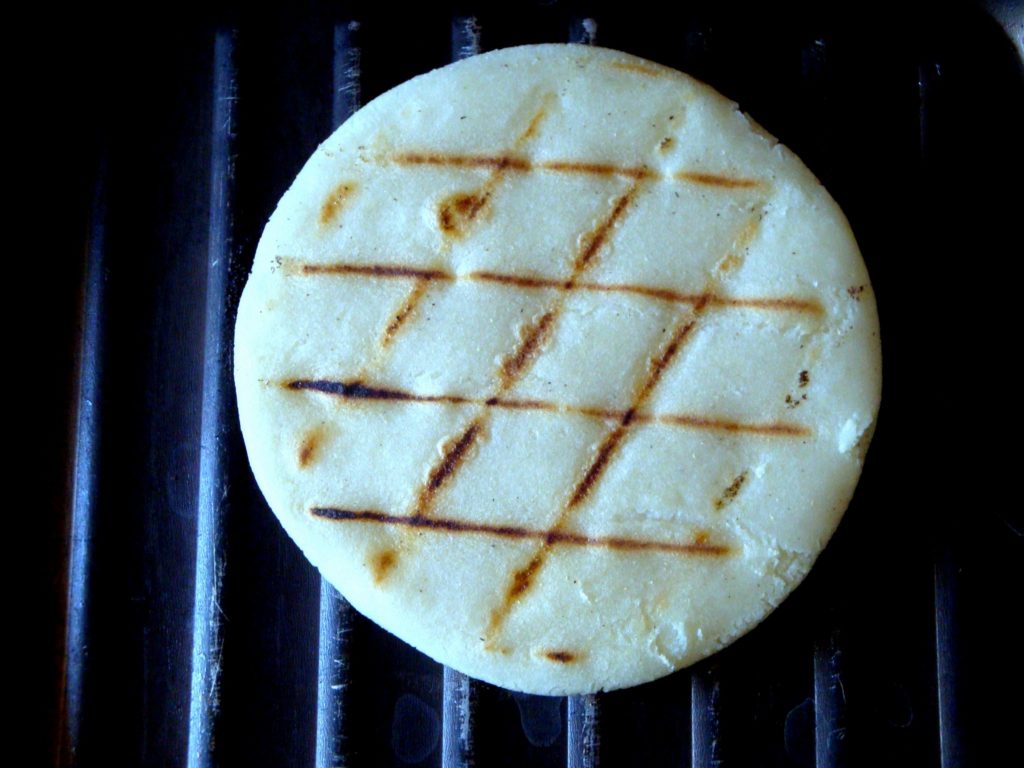 Depending on the region of the country, there are some changes in the preparation of the arepa, presenting some characteristics that differentiate them. When the arepas are thin, they are called “fabrics”, and that is how people in rural areas like it; and when they are small and thin, they are called “telitas”; the “telitas” are typical of the “Andean” region; to the west of the country; the gorditas and abombaditas please the people of the central region; in the east, especially in rural areas in common, they make them big, but they also make them small. As the sweet arepa is another of the ways in which Venezuelans eat arepas, and in this case is added to the mass “palelón” and anise, and fried. 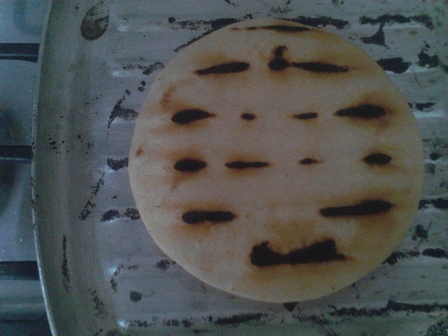 The best way to eat arepas is to open them and fill them with some food, and for that you put them inside, butter and cheese, ham, sausages, salads, roasts and meats in different forms, types of fish prepared in different ways , chicken and something else that can be put inside the arepa. 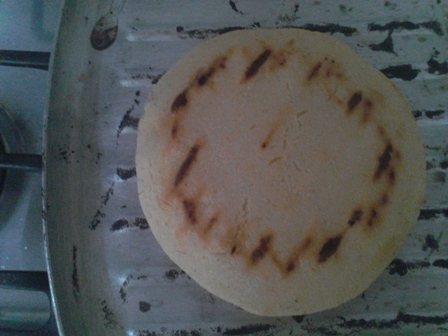 As a Venezuelan woman that I am, that I was born and raised in the countryside working with her parents in the peasant work, I made many arepas, and even today, when I no longer live in the fields or work in the haciendas, we still do it because the arepa It was and continues to be our daily bread that God gives us, and the queen of our table. 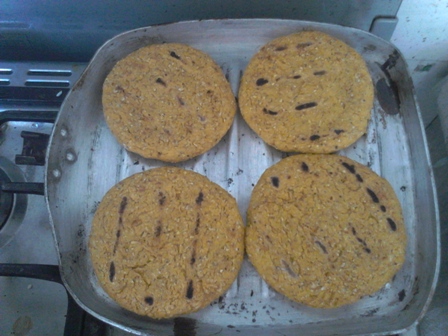 Note: All the photographs that illustrate this article were made by my husband