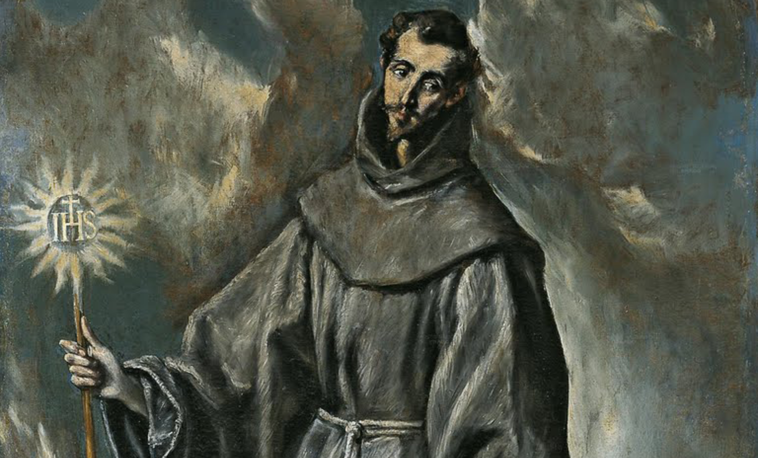 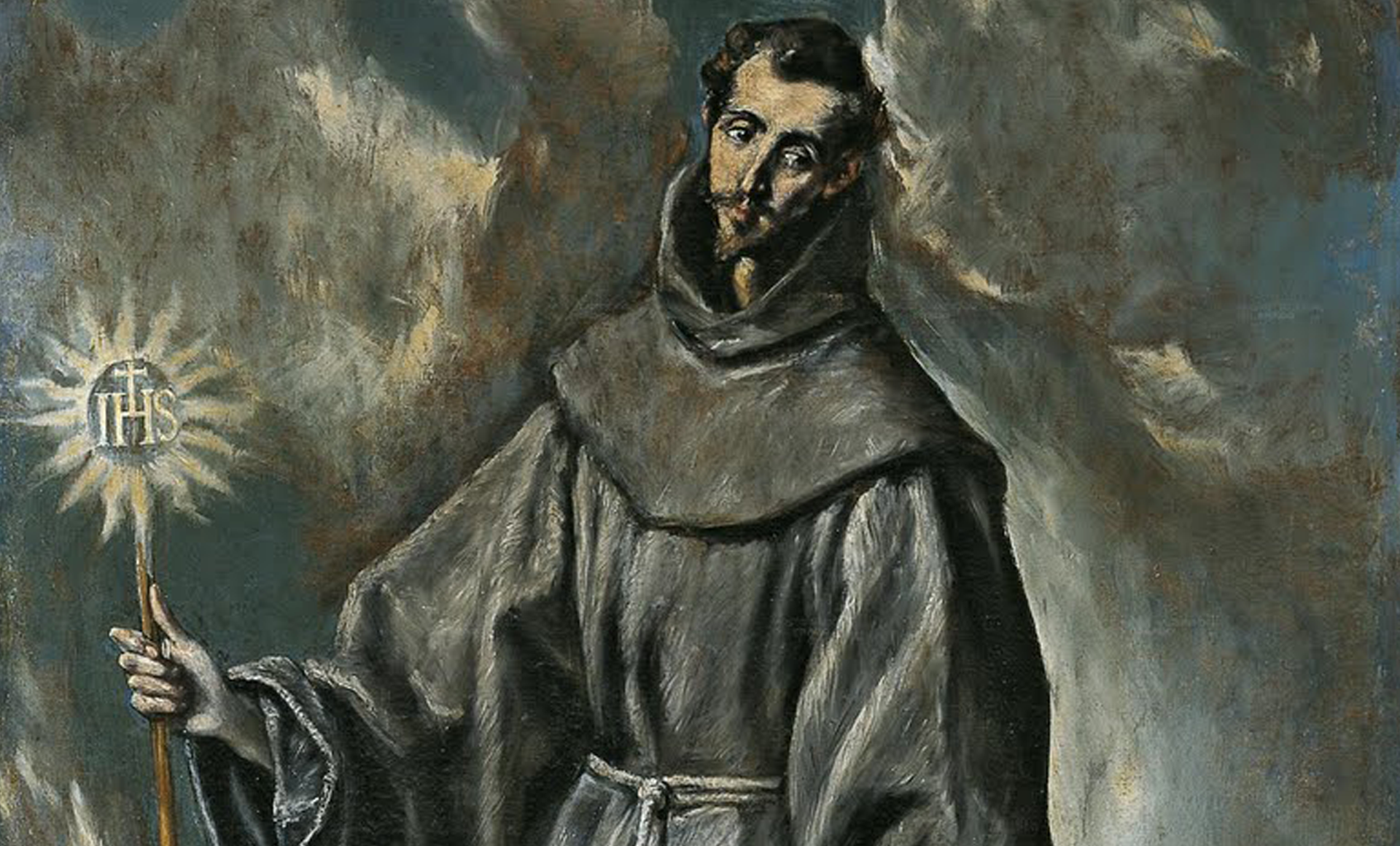 While preaching one day in 1408, St. Vincent Ferrer suddenly stopped and announced that there was among a young Franciscan there who would not only surpass him as a preacher, but that would also be more honored by the church. Vincent was speaking of a friar known as Bernardine, sometimes called “the Apostle of Italy.”

Bernardine, also known as Bernardino, had been born into a noble family in Massa Marittima, Tuscany, in what is now Italy. His parents died when he was six and he went to live with his aunt, a holy woman. He spent his youth performing works of mercy. During this time he also studied civil and canon law at the hospital of Santa Maria della Scala church where he and his friends ministered to the victims of the plague which was ravaging Siena. In 1403 he joined the Order of Friars Minor, the order founded by St. Francis of Assisi, and was ordained to the priesthood the following year. Since he had a speech defect, he was an unlikely candidate to be a preacher but, after praying, the impediment was cured and his career as a preacher lasted 38 years.

Bernardine lived an itinerant lifestyle, traveling around Italy not remaining at any one place for more than a week or two. His powerful preaching in colloquial Italian and his habit of displaying the Holy Name of Jesus on a tablet when he had finished speaking resulted in many conversions and brought reform to the places he preached. He had arrived at this devotion as a youth while caring for a destitute, elderly blind woman who could only utter Jesus’ name. He frequently preached against gambling, witchcraft, sodomy and usury, usually for three or four hours at a time. Often a bonfire was built after his sermon and the people threw on it the possessions they felt were keeping them from Jesus.

Bernardine was the originator of a common symbol found in Catholic churches all over the world. This is the image of the sun with the letters IHS in the center. The IHS comes from the first three letters of Jesus’ name in Greek.

The saint was offered the position of bishop of Ferrara and, later, Urbino, but he declined them both. He wanted to remain a preacher. His fame attracted the ire of a group of cardinals and, at one point, he was denounced as a heretic and his devotion to the Holy Name said to be idolatrous. Although he went through many trials, his innocence was proven during his lifetime. Although the cardinals urged both Pope Martin V and Pope Eugene IV to condemn Bernardino, both acquitted him. A trial at the Council of Basel also ended with his acquittal.

There were some problems with his preaching, however. When he spoke about usury, the public often connected his words with the Jews whom they viewed as the main offenders in this regard. The result was that, despite the efforts of the church to stop it, some persecutions of Jews resulted.

Bernardine resumed his preaching travels in 1436, but abandoned them in 1438 when he became vicar-general of the Observant branch of the Franciscans in Italy. He founded or reformed some 300 Franciscan convents during his ministry. Although the opportunities were fewer, Bernardine preached publicly whenever he could. In 1443 Pope Eugene IV issued a papal bull charging him with the task of preaching the papal indulgence for a crusade against the Turks but there is no evidence that he did so.

Bernardine died on the eve of the Feast of the Ascension in 1444 at L’Aquila in the Abruzzi, while his brethren were chanting the antiphon, “Father, I have manifested Thy Name to men.” He is buried in the Basilica of San Bernardino and was canonized six years after his death by Pope Nicholas V.

We can be reasonably certain about the accounts of this great saint since two biographies of him were written the same year he died and by friends of his (Barnaby of Sienna and Maffei Veggio). There is not a lot of time for myths about him to be invented.