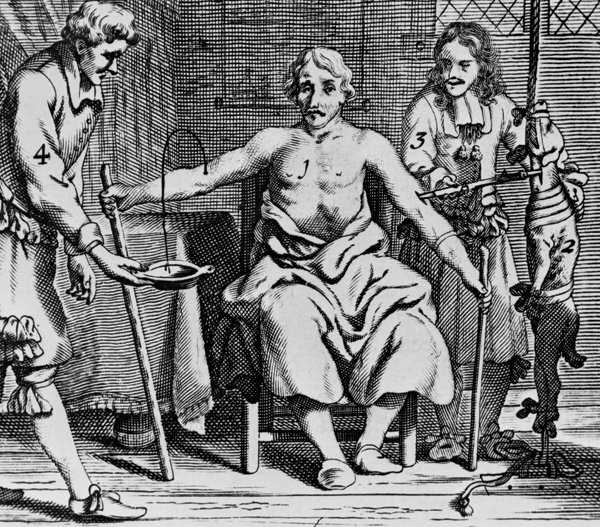 A few years ago I watched an excellent historical television series “Crossbones” about the pirate Blackbeard. In one episode the character Tom Lowe, a doctor/assassin, performs a blood transfusion in order to save someone’s life. He mentions that a French doctor had experimented with it about 50-60 years earlier. I don’t know how historically accurate the series was so I thought I’d look up the history of blood transfusions.

William Harvey discovered the system by which blood circulates through our bodies in the 17th century. Experiments with animals went well but not so much when done to humans. (They didn’t know about blood types until much later.)

Early experiments involved the transfusion of animal blood into humans. On 15 June 1667, Dr. Jean-Baptiste Denys, physician of France’s King Louis XIV, transfused sheep blood into a 15-year-old boy who survived. He then performed another transfusion into a laborer who also lived. His third attempt, however, killed the patient.

Since Blackbeard died in 1718, the dates fit. The show was accurate, at least on this point.