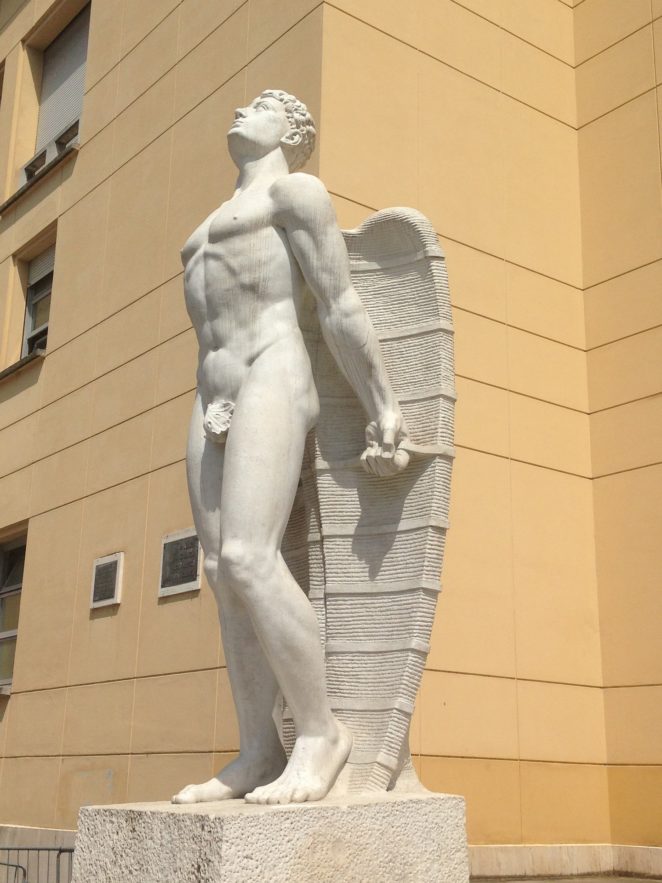 Dedal made a maze for King Minos and promised him that no one could escape the maze.Minotaur is the man with the head of Taurus.He guarded the Labyrinth. But Hero of Theses killed Minotaur and escaped from the labyrinth.For the punishment, the king threw himself into the prison of Dedal and his son, Icarus.

Watching   birds  Dedal came up with the idea of making wings and flying away from the dungeon.For years they were collecting feathers and using wicks and waxes to make their wings.

When everything was done, they secured the wings for their shoulders.Then my dad said to his son, “Do not fly near the sea, do not let your wings wet,

do not fly high, the sun can melt your wax on your wings”

But the son did not obey his father. He went off high because he wanted to be like a bird.And the sun melted the wax and Icarus collapsed and died.We have the proverb ” Who  high flying,  low falls.”

Dedal flew to Sicily and there he built a temple to God Apollo and gave him his wings.