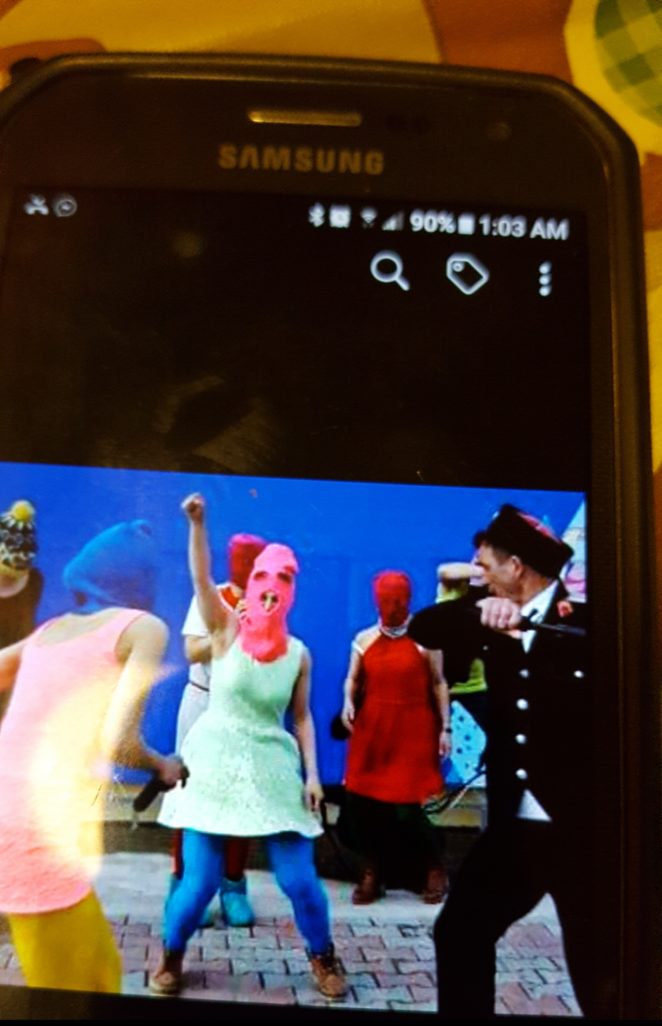 A Russian Feminist Punk Rock Band founded in 2011 might have been condemned to obscurity if a protest song about Vladmir Putin hadn’t irked that country’s power elite. I first heard of the group in the summer of 2012 when international human rights groups like Amnesty International took up their cause after three band members, Nadezhda Tolokonnikova, Maria Alekhina and Yekaterina Samutsevich were imprisoned  for “Hooliganism” after a forty second performance of their song “Our Lady, Chase Putin Out!” in Moscow’s Christ The Savior Cathedral.

The women were chased out of the Cathedral, jailed, and subjected to a show trial where a parade of witnesses (some who had been no where near the Cathedral) denounced them, German Shepherds and Rotweillers were brought to court to intimidate them, and only 3 of their 17 defense witnesses were permitted to testify.

They would likely have spent three years in a Siberian Labor Camp if not for international pressure. The women were released shortly before the 2014 Sochi Olympics. When the group performed a song near an Olympic venue their performance was disrupted by police who attacked them with whips. These brave women have continued to speak out against Putin’s authoritarian rule and call for freedom for political prisoners across the globe. Putin’s attempt to crush these women backfired and brought worldwide support from people who might otherwise never have listened to their music.