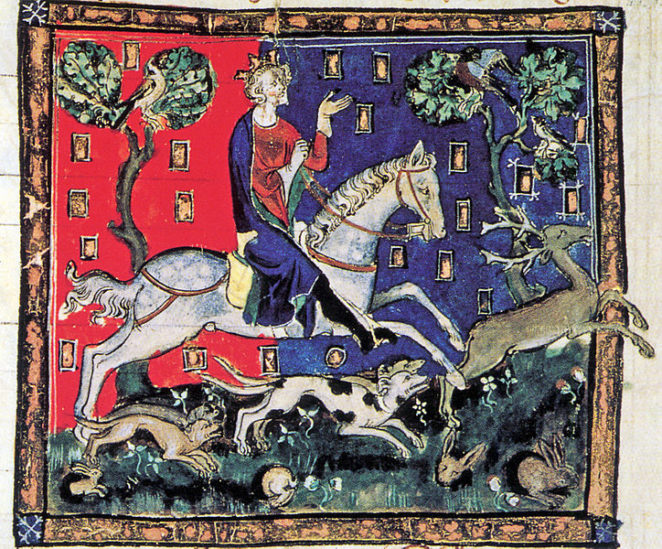 Jack Sprat could eat no fat

His wife could eat no lean

And so between them both

They licked the platter clean

This familiar nursery rhyme may have its origin back in the 12th century when King Richard I set off on a crusade and left the realm of England in the care of his younger brother Prince John. John was the youngest of four sons, and thus the runt of the litter – or “Jack Sprat”.

John’s wife, Isabella of Gloucester, was renowned for her personal greed. She had, after all, gained all the property belonging to the earldom of Gloucester after her two sisters were disinherited in her favour by her marriage agreement to John.

However, the action mentioned in the rhyme probably had a more laudable motive than might appear at first sight. When Richard was on his way home from the crusade he was captured by Duke Leopold of Austria, who handed him over to the Holy Roman Emperor who in turn demanded a massive ransom for his release.

(Statue of King Richard I outside the Palace of Westminster)

John and Isabella then set about gathering the money by all means available. They exhausted their own funds and then set about getting as much as they could from the rest of England, including raising taxes on clergy and laymen to the value of a quarter of their property.

They thus “licked the platter clean” in their efforts to bring Richard home, which were eventually successful. John’s subsequent unpopularity stemmed in part from this attempt to support his more popular brother, despite the fact that Richard only spent a few months of his ten year reign in England.