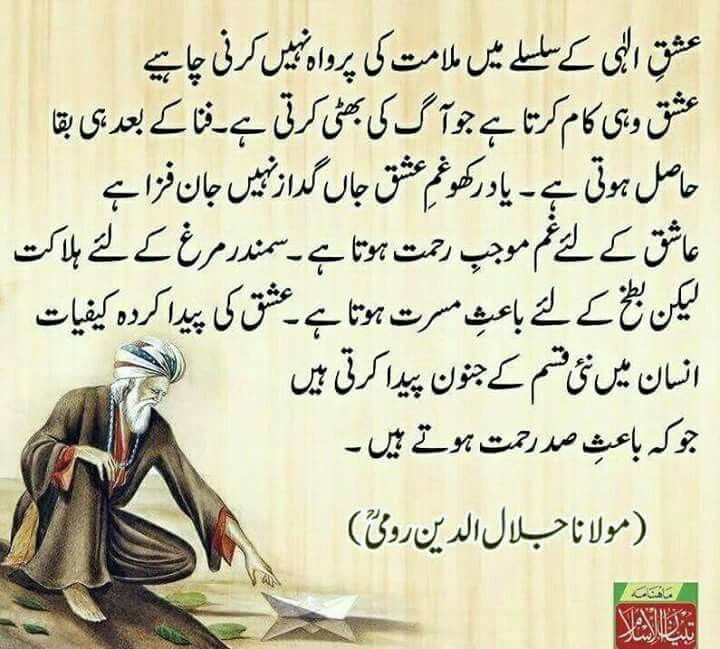 Today is the birthday of great Persian poet and mystic of the thirteenth century Jalal ud-Din Muhammad Rumi also known as Mulana Rumi. He was born in what is present-day Tajikistan on 30th September 1207. In his early life he worked as a teacher. Then he met Shams-Tabrizi a dervish and Tabrizi inspired him to become asectic.

Mostly Rumi’s books written in Persian but his poems have been widely translated into other world’s languages and Rumi’s poetry is very famous in USA and known as the best selling poet.

The eminent Poet, Philosopher Allama Iqbal acknowledges Rumi as his Pir (guide). The most vital factor which impressed Iqbal to admit Rumi as his guide was Rumi’s elucidation of the Quran and his intense love for the Holy Book and the Prophet (Peace Be Upon Him).

The great saint died on 17th December 1273 and buried in Tomb of Mulana Rumi Konya Turkey.