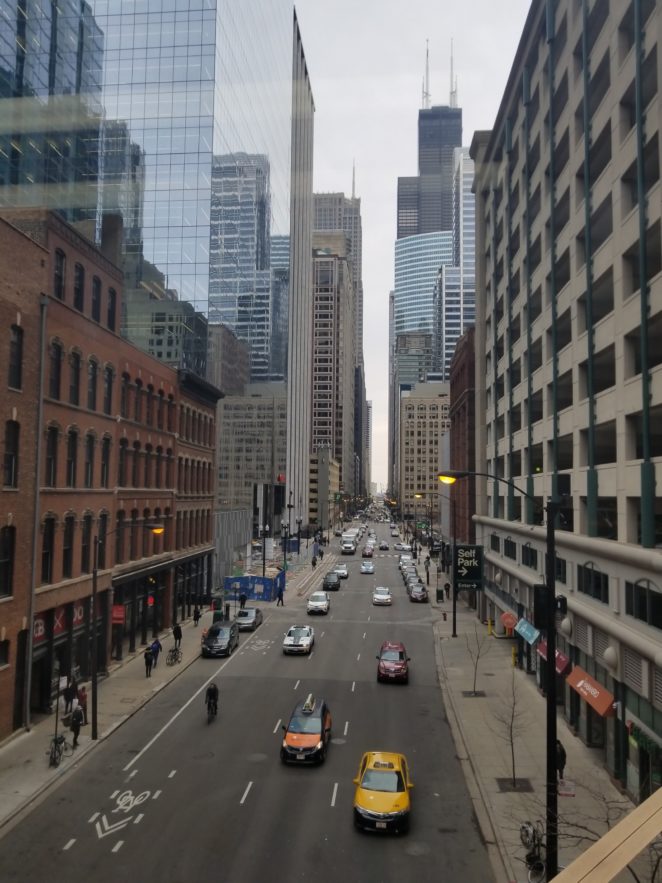 While headed to Harold Washington College campus via CTA (Chicago Transit Authority) Greenline train our train had a minor delay, which allowed me to get this shot. Crazy huh? A delay right here in this spot! For those that are not familiar with the city of Chicago, that is the Willis Tower from a distance. It used to be, but still commonly referred to as the Sears Tower, which was from 1973-2009. As for me, I still call it the Sears Tower because that is the name that I was introduced to when it was brought to my awareness.

Visiting the city of Chicago, the Willis Tower is hard not to miss. It can be seen part of many of Chicago’s skyline shots, and comes in handy when you need help navigating around the inner city itself. For me while cycling or running in the inner downtown area, I use it as a guide to get me from north to south in the city, which is a huge plus!

I’m originally not from Chicago, but every time I’m downtown it reminds me why I moved to this city.

As for this photo it was taken with a Samsung Galaxy S8, and shared as part of the 365 Photos Challenge, which the rules and guidelines are listed if you would like to participate.