source of the picture above:  https://www.dinosoria.com/castor.htm

The “Castor” is a beaver in English. The “Castor” is the only semi-rodent and semi-aquatic mammal which are still present in North America (primarily Canada) and Eurasia. These hard-working animals are particularly adapted to their semi-aquatic life with a very thick impermeable coat, long posterior palmed paws and a large, flat tale in an oval shape whch is covered with scales that the “castor” uses just like a rudder when it is swimming. The beaver can even spend as long as 15 minutes under water while in apnea mode.

The “castor” has a unique dentition perfectly adapted for his type of work. He has no canines teeth but his incisive teeth are particularly strong and continuously growing plus they are shaped just like a bevel. With these teeth the beaver or “castor” can literally gnaw off wood and even small trees. The beaver is more active at night, has poor vision but with a remarkable sense of smell and excellent hearing. The “castor” is also exclusively herbivore.

The “castor” is a real engineer just by himself and can built his own hut in the form of a dam. With all the pieces of wood that he chewed off, the beaver reassembles them in the form of a hut by filling the spaces between the wood with earth that he pushes in and forms with his shorter front paws. Below you can see a beaver sitting atop his house and a whole dam constructed byt these industrious rodents. 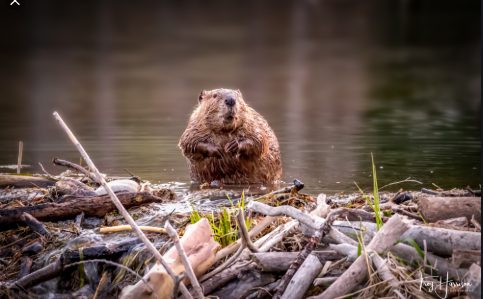 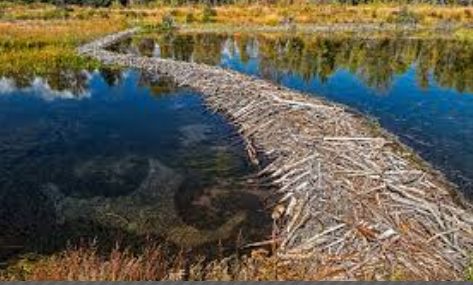 At one point the beaver was considered an endangered species because hunters would kill them for their fur and some because they considered them nuisances because of their dams like hut. But with the conservation practices they are growing back in their numbers…

The pronunciation of the word “Castor” is just like Castor and Pollux from the Greek and Roman mythology.