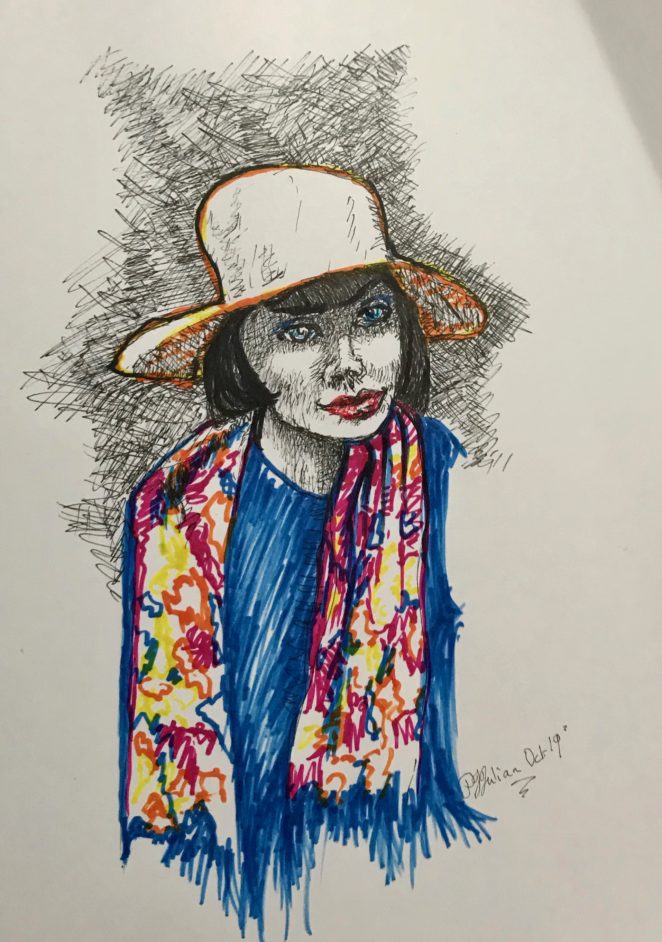 Day four in #Inktober, Miss Fisher’s Murder Mysteries. A woman who wears Haute Coutre fashion and solves mysteries in Australia in the 1920s.

I suppose there really were women like her, at this time, my husband’s Aunty Des, wore flamboyant clothes and threw parties. She had a fancy clothing for hire shop in Queen Street Auckland city…

I used to have a book called, “Gusty Girls & Stroppy Shelias” but a sister of mine the eldest, borrowed it and have not seen it since…I forgot about it…but maybe she may know some people like it..