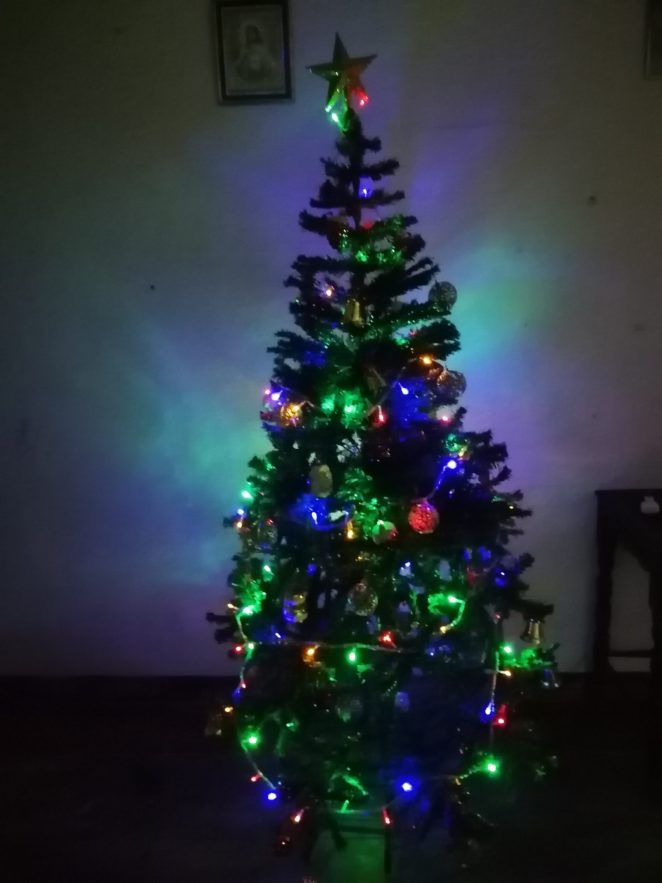 Christmas Eve, 2019. A rainy Christmas Eve. The typhoon named ‘Ursula’ -yes they named it after the evil witch from the movie Little Mermaid’ (international name: Phanfone).

Our province has been put under storm signal No 2.  Ursula is the second to hit us this month. Were placed under the storm signal no. 2 in the last typhoon also. So even though people complained that it’s hitting us on Christmas Day, most of us just shrugged it off as just another typhoon.

That evening, we experienced heavy downpour. But the wind was not that threatening. 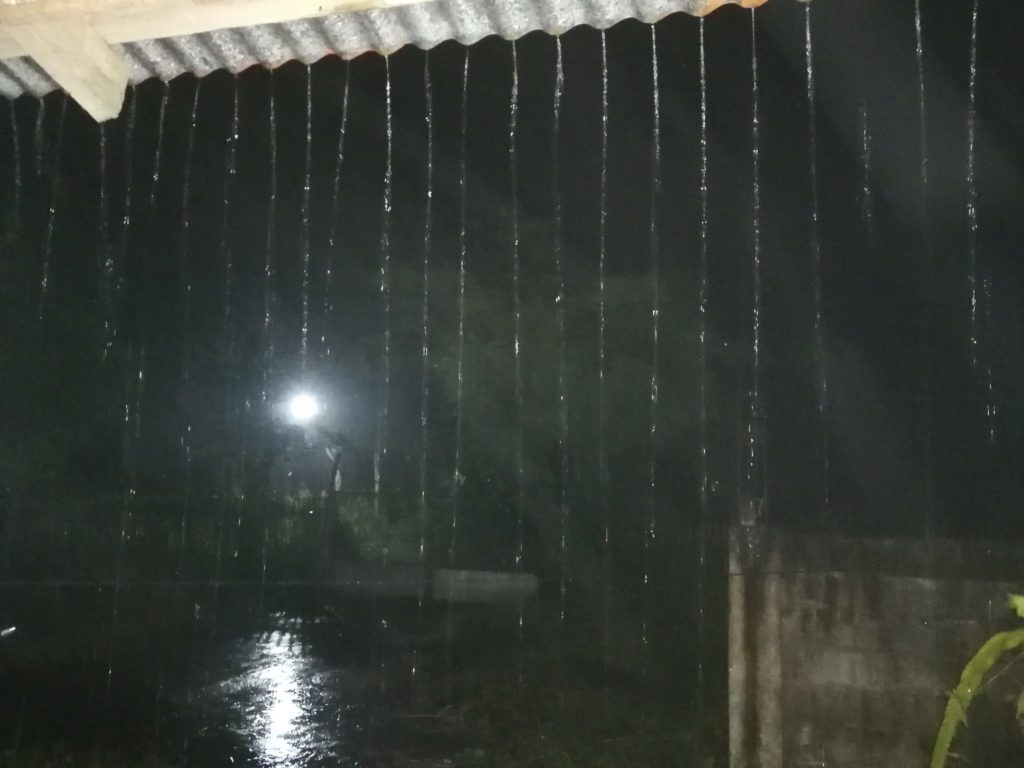 However around 1 AM. While most of us are asleep. Ursula gained strength. I and my wife were awakened by the howling wind.

To be precise, the with sounded like a low flying passenger jet that’s about to land but kept on going in circles and never touched down.

What most of us did not know was, our province was raised to signal number three. Meaning the eye of the storm is going to pass right through us.

Our house is old and was battered by Super Typhoon Yolanda (Haiyan)in 2011. I was worried that our roof could no longer take a beating from another strong typhoon.

Around 4 AM, I heard a loud bang. I ran out of our bedroom and saw through the windows that the roof of the side porch collapsed!

During that time, we are hosting 5 of my brother’s carpenters (including their for an) at the back. I have already unlocked the door earlier and told them to get into the main house when needed.

I saw them huddled together on one side of the room. Part of the roof of that room was also gone. I coerced them to get inside.

Then the rainwater started to drip from our dining room’s ceiling.  This means part of the roofing is gone. 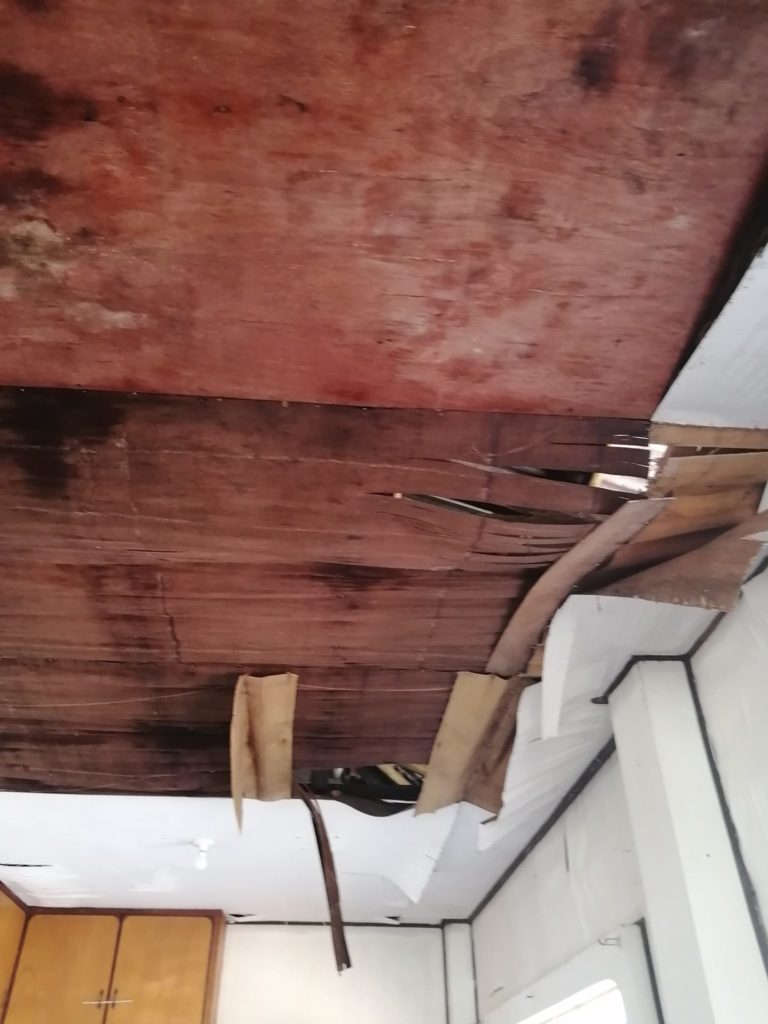 The Eye of the Storm

Around 5 AM. The wind weakened, but it continued to rain. I was wondering if the worst is over or is still about to come. We went out to see the damaged.

However, around 6 AM the wind started to pick up again. We were in the eye of the storm for more than half an hour.

The second wave was much stronger. Angrier.

Fortunately, the second wave was quicker and did not do any more damage to the house. 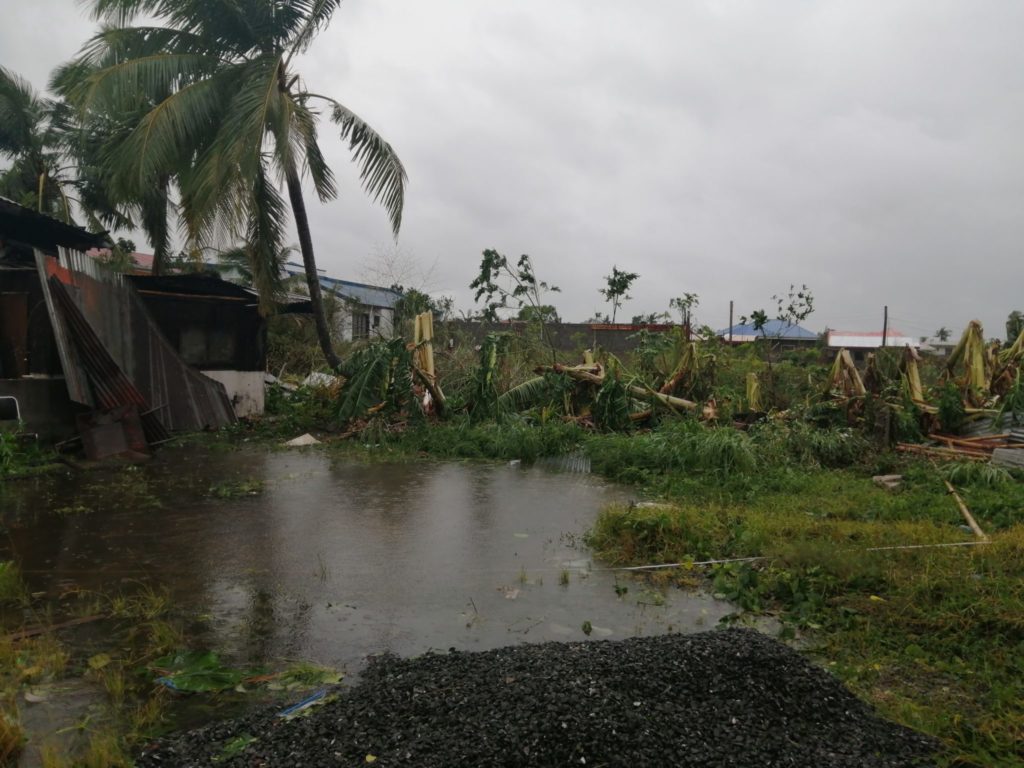 Though we were battered by the typhoon Ursula on Christmas day, I am thankful that no one in my family was hurt.

We will be spending the next few days in darkness though.

Our Christmas may be dark, still we are thankful and merry.