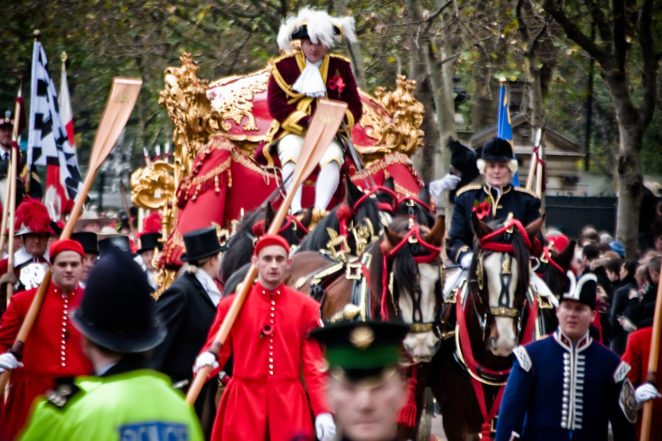 Do you ever hear or use the expression “at sixes and sevens”? It means being confused and not sure what your next move should be. It might be used when there is a disagreement between individuals or groups of people and there does not appear to be a solution in sight.

But what is the origin of the expression? It might be something to do with gamblers throwing dice, because when two dice are thrown the most common totals are six and seven. However, there is a much more interesting possibility!

During medieval times the tradesmen of the old City of London formed “guilds” that were a combination of trade union and professional club. They were an early form of quality control, in that they only admitted to their ranks people who showed proficiency in their work and had “served their time”. Guild members could charge more for their products than non-members, on the basis that the customer knew that he was likely to be getting good quality in the goods or services on offer.

Being a guild member was therefore a matter of pride, and the guilds turned into “livery companies” that had coats of arms and uniforms that they wore on special occasions such as the annual Lord Mayor’s Show – an event that is still held at the present day.

Twelve livery companies were formed, and each was assigned a number based on the date of their recognition by royal charter. The lower the number, the higher the precedence, which mattered when it came to the order in which the companies marched in the procession that accompanied the Lord Mayor on his way to the Guildhall. The Mercers were number one and the Clothworkers number twelve.

However, there was a problem with number six. This was because the Merchant Taylors and the Skinners received their charters at the same time in 1327 – certainly within a few days of each other. One of them had to be number six and the other number seven, but nobody was quite sure which way round they should be. The dispute went on for 150 years!

Eventually, in 1484, the Lord Mayor of the time, Sir Robert Billesden, came up with a solution that suited everyone, especially as it involved the consumption of food and drink!

He decreed that the two companies should each hold an annual dinner, to which the master and wardens of the other company would be invited as honoured guests. Having made friends in this way, they would not object to taking turns each year to be number six. Sir Robert suggested that the Skinners should first have the honour, with the Merchant Taylors taking over the following year.

This is what has happened every year since, with the Skinners and Merchant Taylors being permanently “at sixes and sevens”. The odd thing is that this arrangement is actually one that ensures good order, whereas the expression means precisely the opposite!