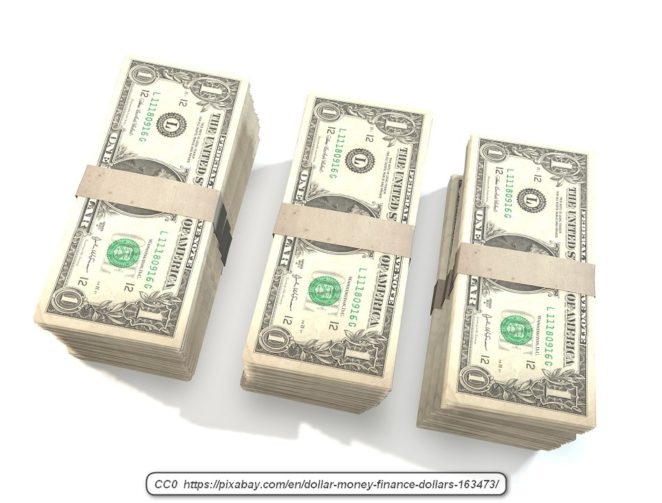 Way too often, people react in favor to what sounds like a good idea, on the surface, without thinking it through. Our instant gratification society almost demands it. The problem is that if some thought and consideration regarding potential and probable consequences aren’t undertaken, the good idea ends up being far worse than no action at all would have been. This is the case of the suggested increase in the US minimum wage.

The initial idea behind the US minimum wage law is a really good one; to prevent exploitation of the people doing the labor. The laws first started showing up in 1912 in the US, primarily to protect women and children. In 1938, the laws were set up nationally for all workers.

The point has been to make sure that employers don’t underpay workers for the amount of work they do. Current US federal minimum wages are set at $7.25 per hour and most US states have their own minimum wages, which are higher than this. For instance, the minimum wage in Oregon is $9.10 per hour.

There is now a proposal to raise the federal minimum wage from $7.25/hr. to $15/hr. The proponents of this notion are saying that it would greatly help the lowest paid segment of the population. However, not a great deal of thought is being given to the consequences of such an increase, nor to the damage it would do.

The money to pay employees must come from somewhere. That sounds basic, and it is, but this is the part that isn’t being given much thought. Anyone who has owned or operated a small business knows that the business must take in more money than it pays out in overhead, such as wages. If it doesn’t, the business won’t be sustainable and will close, sooner or later.

An increase in the base pay means that the business must have a way to offset the increased overhead. There are three primary ways that a business can offset the necessity of paying higher wages.

1. The business can purchase cheaper, often poorly made products it uses to do business, thus saving some money at the expense of quality.

2. The company can trim its labor force by firing or laying off employees while expecting those who remain to do more work to compensate for the lost laborers. This also means that it is almost for certain that less money will be invested for expansion of the work force or for pay increases to the most productive workers.

3. The company can charge more for the goods and services it provides. While all three methods for increasing revenue to offset the increased overhead are used, normally in conjunction with one another, this last method is the one that has the most immediate and far reaching results, so it is the most widely used.

It doesn’t take an economics wizard to figure out that doubling the minimum wage would mean that the offset would need to be huge. To be sure, not everyone at a given business is paid minimum wage, however, more than doubling the amount spent on basic wage jobs increases operating expenses by an average of 30-40% or more for most businesses. This is the amount that must be offset in order for the company to just break even.

Let’s look at a hypothetical application of a doubling of the minimum wage. For this example, suppose that a restaurant employs 30 people and that 20 of them are minimum wage employees. These numbers wouldn’t be unusual for a restaurant. The restaurant buys lower quality food as part of the means to balance the increase in labor costs.

It also lays off 10 of the minimum wage employees. The restaurant still isn’t at the same point they were at, though. The employees that were receiving more than minimum wage will also need an increase in pay, to ‘stay even’ with the basic wage employees. So the business is still losing money.

It increases the amount that it charges for all food, across the board, by 25%. A $4 hamburger now costs $5, which doesn’t make the customers very happy and potentially means that less food is purchased. It also only offsets the increased expenditure temporarily.

Remember that since the minimum wages have increased for everyone everywhere, the costs of the food they serve also increases to offset the spike in costs for the supplying businesses. The meat, eggs, bread, and other food supplies are more expensive for the restaurant. Even energy costs go up.

The restaurant struggles to make ends meet. They’ve laid off employees, increasing the number of people who are unemployed. Raises and expansion are no longer even considerations since there is no money for it. They reach a point where they can’t even increase their own prices because the market won’t bear the increase.

Many restaurants (and other businesses) have no choice but to close their doors. In our example, that puts an additional 20 people out of work, on top of the 10 who were already laid off, increasing the number of unemployed even more.

Remember that the increase in minimum wages was meant to help the lowest income workers. However, the number of people who are unemployed increases, all while the price of all goods and services is also increasing. In essence, more people become poor and the poor become poorer because they can’t purchase as much.

Even those who are still employed find themselves paying more for the same goods and services, so their purchasing power drops. They have to work more hours to buy the same amount.

This has happened repeatedly

None of this is a ‘maybe’. It has happened to one degree or another every single time there has been an increase in the minimum wage. People may not notice it if the increase is small, but it does happen.

As an example, I remember very well when I was making $1.35/hr at a minimum wage job. The minimum wage increased to $1.50/hr. That was only a 15 cent increase, but businesses quickly stabilized and offset the increase. I suddenly found that I had to work an extra four hours a week just to be able to buy the same things I’d been able to buy prior to the wage increase.

People on fixed incomes or no incomes had an even harder time since all costs increased.

This was my first experience with applied economics and it wasn’t the last one. The increase in wages didn’t help the people it was intended to help. It merely increased the gap between the lowest income groups and the highest income groups.

Before people throw their support into the idea of doubling the minimum wage, which would be a far larger change than just the 15 cent increase I just mentioned, they really need to consider the likely, probable, and almost certain consequences. The idea might not be bad, and it certainly sounds good, but the reality could be catastrophic.