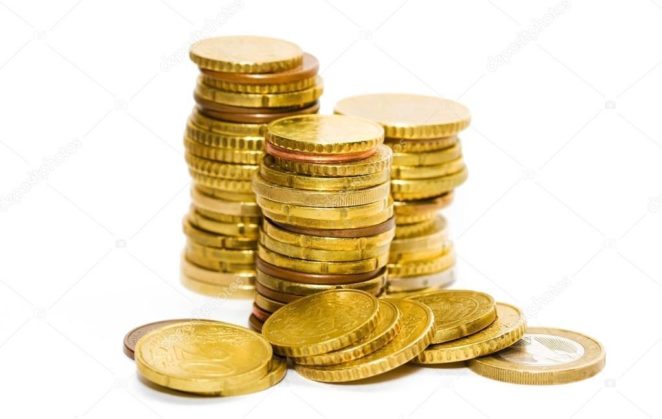 October 2017 bears witness to the fact that the raging bull market in Bitcoins still continues unabated, since it began much earlier in the year. The Bitcoin price has bullishly continued to soar higher and higher into previously uncharted, unprecedented territory; as many more institutional players get involved.

Below is a snapshot of – Daily Bitcoin Prices in US Dollars – from Thursday, October 12 to Friday, October 21:

On Friday the 13th –  Bitcoin entered Friday after midnight at around $5,439. Within 3 hours, at 02:45am in the morning; the Bitcoin BTC/Dollar exchange value rose sharply to reach a new high of $5,856. Thereby setting yet another new all-time record high, when it went past $5,800 for the very first time in Bitcoin history.

During Friday the 13th; the value of a bitcoin traded at $5,728; dropping and rising as it responded to favorable market factors with the day’s low being $5,396. The day’s price settled at $5,704 showing a rise of around 13 percent over the past 24 hours.

This new price record set by the end of the day; happened only just hours after new highs beyond $5,000 were set for the first time on the previous day, Thursday, October 12.

On Friday the 13th of October; the Bitcoin’s market capitalization was valued at $95.5 billion, which is over 55 percent of the total market for all cryptocurrencies.

On Friday morning, the combined market capitalization for all cryptocurrencies was $171.94 billion and was still climbing. But this astronomical value was still below its Sept.1 2017 record-high value of $172.5 billion.

Brief Analysis (of the Week to Saturday 14): A week-on-week analysis shows that for the week up to Saturday, October 14, the bitcoin price went up by over 30 percent – and was continually growing with strong robust movements; despite some serious profit-taking.

The next day; Friday October 20; the Bitcoin price continued to creep upwards. During the day’s trading; Bitcoin BTC/Dollar price passed the $6,000 mark, for the first time ever; thereby setting yet another new all-time record high. But as the day closed; the price averaged $5843, still up – about 2.52% – on the day.

Click here to check out more of my blogs on Bitcoins and other related subjects – listed in my post – “Enjoy 55 of My Excellent Exciting Quizzes Designed to Educate, Entertain and Motivate You” – Click link here.