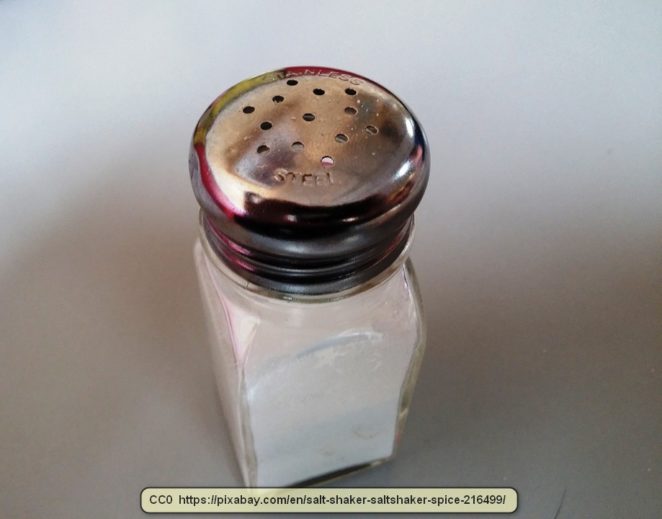 Have you ever wondered why so many people are told by doctors and nutritionists that they should lower their sodium intake? Although many people do consume far too much sodium, normally in the form of table salt, that is only part of the picture. The other part is that most people don’t eat nearly enough potassium in their diets.

Put in a more tangible way, most people consume twice as much sodium, or more, than their bodies need while consuming half as much potassium that they need, or less. The intake of potassium to sodium should be a ratio of about 3:1. For most folks, it is closer to 1:3; the inverse. In many cases, it isn’t just the elevated consumption of sodium that is the problem. The actual issue has to do with the balance of the two nutrients. This is because sodium and potassium have a strong relationship. This can be seen most easily in proper nerve function.

Nerves function by both chemically and electrically. I’m purposely simplifying this, so the diagram of a nerve above gives some idea of what a nerve looks like. The actual function of a nerve is highly complex, but the focus here is on the relationship of sodium and potassium. This is primarily due to how each effects the transmission of electricity along the nerve.

If too much sodium is present, the resting balance isn’t maintained. The same is true if there isn’t enough potassium present. The result is usually nerves that misfire. They transmit the electrical impulse when they shouldn’t.

This is a very bad thing because almost everything that goes on inside of our bodies is controlled or maintained by the nerves; heartbeat, respiration, movement, transmission of pain, thought, and so on. Nerves that misfire can cause an irregular heartbeat, muscle spasms, pain, a racing mind, poor memory, an elevation in blood pressure, an elevation in body temperature, and so forth.

If you give this some thought, you’ll probably see that many of the most common complaints are covered here. For example, insomnia is often caused by an over-active mind. Back pain can easily be triggered by muscle spasms so small we may not be consciously aware of the spasms. Even poor digestion, stomach pain, headaches, and cramps can be caused by nerves that misfire.

Naturally, many actual illnesses can also have these symptoms, but you can see how extremely important it is to make sure that there is a proper balance between sodium and potassium. This is true whether a person is on a sodium-restricted diet, or not.

In nations such as the US and the UK, packaged or premade foods often contain so much salt, and thus sodium, that it can be difficult not to consume too much sodium. If people move away from packaged and pre-made foods and start cooking more home meals, though, they can often drop their sodium intake drastically. In fact, this is recommended.

However, also remember that the average diet is still lacking in potassium. This means that it is also important to increase the intake of foods that are rich in potassium.