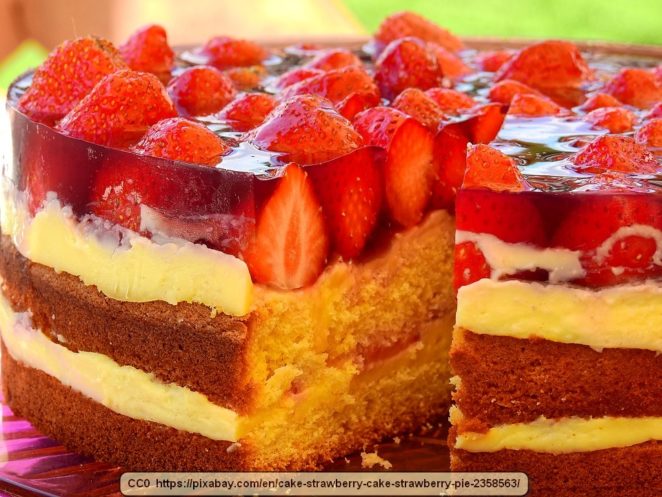 A huge number of people, especially dieters, pay attention to the number of calories the foods they eat contain. Yet it is quite likely that most people have no idea of what it is that they are actually counting or what a calorie is.

The calorie in society

The fact is that many recipes, including some of my own, will often mention that the food is low in calories. Virtually none of those recipes have any indication of what a calorie actually is or why it is important. This is even used in marketing, advertising, and packaging, mostly in markets and restaurants.Many people, thinking that they are helping their bodies in some way, buy diet soft drinks for example. What makes them a “diet” consumable? They contain no sugar or less sugar. Why is this considered to be good? Sugar contains about 15 calories per teaspoon, while artificial sweeteners contain fewer calories. Stevia contains no calories at all.All of this becomes a selling point in today’s society. This is because of a notion that consuming calories leads to obesity. This notion isn’t entirely correct, but that is beside the point. If people have a perception that something that is low in calories is better for them, they are more inclined to buy it.

A calorie is a measurement of energy, used in chemistry. It has been in use since about 1824, though it actually became obsolete, scientifically, in the 1950s. One calorie is the amount of heat necessary to raise one gram of water by one degree C at sea level.The measurement is mostly used in relation to food today. However, although the measurement is simple and easy to understand, there are some problems with using the measurement to accurately indicate the amount of energy a given portion of food represents. To understand the problems, it is helpful to understand a bit more about the energy and how it is used.

Calories and the body

Remember the actual definition. This plays a big part in some of the misunderstandings. A calorie is a measurement of heat, just as a degree is. Most mammals, including people, need to maintain a roughly constant body heat in order to be healthy.We get calories from foods when our bodies metabolize the food. However, no two people metabolize every kind of food in exactly the same way. Furthermore, not all of the calories that are produced are used to raise or maintain body temperature. In fact, most aren’t.People generally “burn” or use calories through activity. Even laying motionless, you burn calories, but the more active you are, the more calories you use. Thus, walking for two minutes burns about nine calories. Running or swimming for two minutes burns a correspondingly higher number of calories.Most of this is known by a lot of people. This is the basis of the realization that very active people can usually eat far more food without gaining weight than people who sit at a desk all day. It is also the reason that nutritionists and dieticians tell people that a key for losing weight is frequent exercise.

More exercise means that more calories are burned. Don’t be put off by the term ‘exercise’, either. This can be virtually any activity. Every time a cell in your body does something, it uses heat energy, which means that it burns calories.

Weight gain, for a healthy person, basically amounts to consuming more calories than they use. The body conserves the excess in the form of fat. Note that it doesn’t just come from fat, it is stored as fat. These are two entirely different things. Having a reasonable intake of the right kinds of plant and animal fats can actually help a person lose weight, for reasons best left to another article.If our bodies burn more calories than what they take in, the result is weight loss, for exactly the same but opposite reason. The body, in that situation, converts the fat back into energy, to make up for the missing calories. There can be a danger, too. If the amount of body fat that is available is low, the body will start burning muscle tissue, which is obviously not a good thing.Again, this is why you might often be told that if you want to lose weight, you should exercise more. That is assuming that you don’t consume more calories at the same time. If your caloric intake keeps pace with your increase in activity, you probably aren’t going to lose weight.

Although this is simple, there are some problems with it. One of the problems was just mentioned. If you exercise more and also consume more calories, there is no weight loss because the body doesn’t need to convert fat reserves into energy.Another problem is with the use of the word ‘weight’. Muscle weighs more than fat does. Since physical activity tends to produce more muscle tissue, even if your body is converting its fat supply, it can actually gain weight. It is likely that you will look better, feel more energetic, and will be healthier as the fat is used and muscle is built, but you could end up actually weighing more than when you started.Then there is the issue of metabolism and the number of calories in foods. Everyone has different metabolisms, so generalizing the number of calories a specific person needs without considering their specific metabolism won’t yield accurate results.Have you ever heard someone say something along the lines of, “Look at that person! They can eat everything in sight and still stay skinny!” This is exactly the reason this happens. If their bodies metabolize the food efficiently, there may not be time for the calories to form fat. They are burned too quickly.For that matter, there are also ’empty calories’. These are foods that have little or no nutritive value, but which contain calories. This sort of calorie is most apt to be converted into fat. One example of empty calories is those in alcoholic drinks like whiskey or bourbon. They have plenty of calories but virtually no nutritional value.The opposite also exists. For instance, a stalk of celery has negative calories. This is because it takes more calories to digest and metabolize the celery than the celery contains.It should also be understood that when the calories for a given portion of a certain food are given, these are averages. There is some variation. Earlier, it was mentioned that a teaspoon of sugar has about 15 calories. That is an average, which means that a teaspoonful might be a bit less than 15 calories, or it could be a bit more than 15 calories.The whole point is that if you try to use calories in a specific way, particularly in relation to dieting, you are setting yourself up for disappointment. Counting calories can be helpful, but only as a tool and only if you understand what calories are, how they work, and what their limitations and problems are.It doesn’t take long to figure out that while calories are easy to understand, how they relate to weight gain and body function is a lot more complex than most people realize. By all means, continue to count calories. However, use this as a tool rather than basing your entire diet on the premise that cutting your calories will help you lose weight. It might not.It is helpful to know what calories are and how they work.