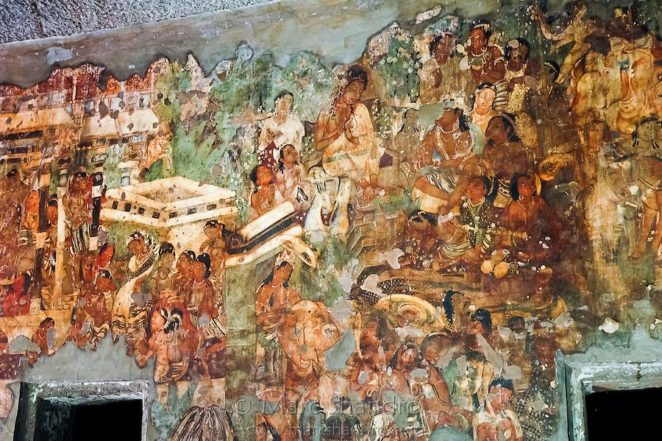 By so long, we discussed the inner thought behind the concept of several compositions of Ajanta cave painting; now we are going to analyze the sense of perspective by digging the several problems they faced to bring forth the factor of distance in their painting.

To understand the creativity in such important platform of grammar, we have to focus on the creative vision of those painters as well as have to know how they visualized the problems related to the sense of perspective.

It is well known that they had no impact on those rules that help to enlighten the physical modeling of an object; rather it was their objective to reveal the entirety of the object and to do so, they adopted some easy but artistic way which helps to reveal out the total form of an object in multiple viewpoints. As an example, when they attempted to depict a throne, they implemented both viewpoints – planed and profile, on the throne which consequently helps viewers to see the throne together in quadrilateral and rectangular position.

How is it possible? The artists of Ajanta adopted a style that virtually matched with the Egyptian concept of perspective. They composed the background, middle, and foreground of a composition or object by creating the several rows step by step and avoid the use of the aerial perspective that would help to recognize the factor of distance. The object that placed vertically, they portrayed in profile view and the object that placed horizontally, they served in the vertical planed view. A row of trees, they usually depicted according to the eye level but in the case of any object related to the land such as pond, river, open green land, stones, they strived to show in bird’s view in same canvas! 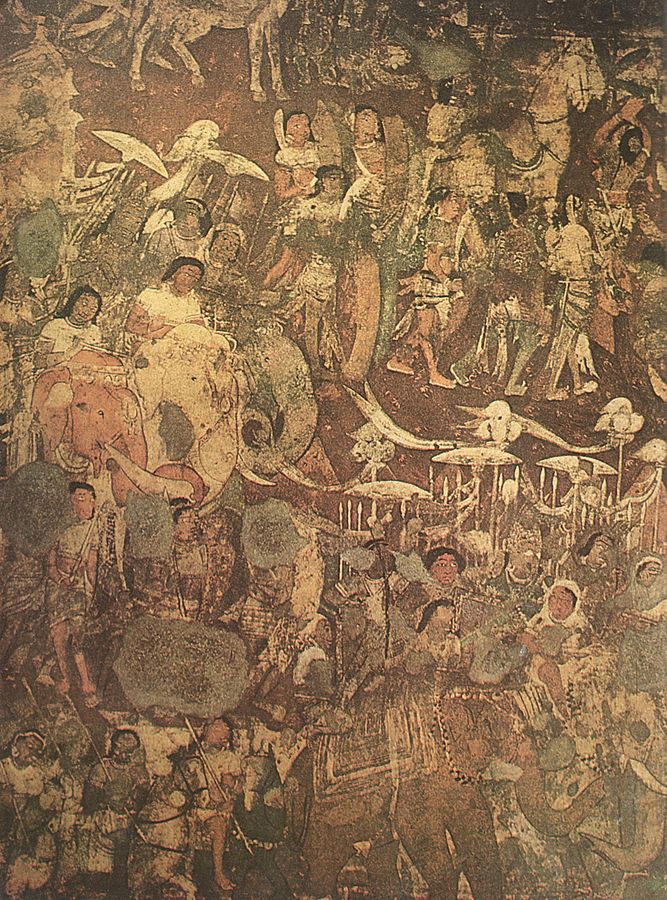 It was their objective to show everything by simplifying the object as much as possible and to do so; they even have given their efforts to portray the totality of an object or figure. In this way, they introduced their very own style by keeping up the simplicity in intelligible manners.

They had the seriousness what they were doing. Moreover, they considered the magical power of impersonation. It means it was their primary effort to implant the liveliness in the figurative model or any other opulent. Meanwhile, they ignored the photographic reality by implementing the impersonation that would be able to intensify the objective specifically behind the creation. They believed in such model that has the power to produce the ecstasy or disaster. By following this reason, we can see a lot of ancient Indian paintings, where a figure placed in profile angle but her two eyes even her two ears are visible equally. I am too using such method in most of my paintings. Here is an example of my newly finished painting, – 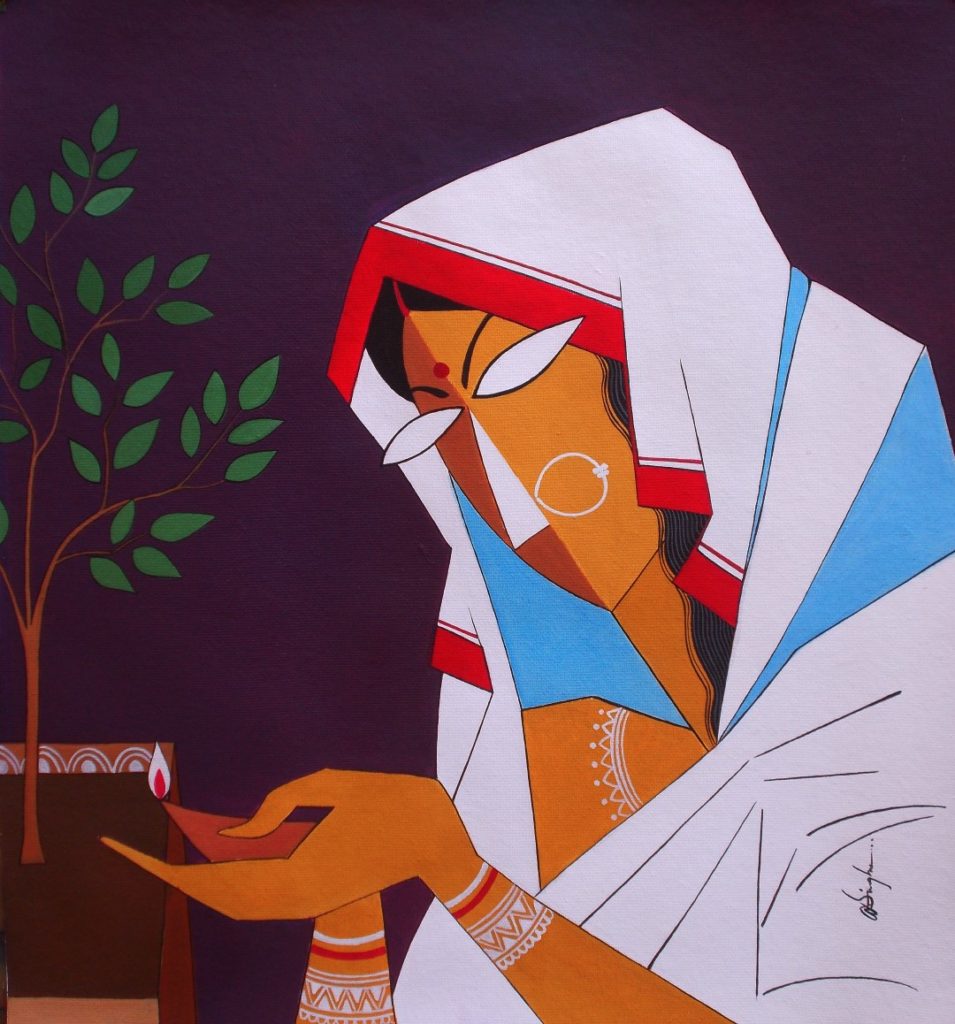 Title – The light of prayer

In the western part of India, most of the ancient miniature artists have adopted such genre in their paintings, moreover, in the pad paintings and the illustration formed in the ancient manuscripts of Jain and other communities including “Basholi-Kalam” of Indian miniature, we will find the genre stated above astonishingly implemented with highest artistic aesthetic. From my point of view, such method is similar to the vision of Pablo Picasso who was always endeavored to establish the vision of his intellectual eye, instead of his outward vision.   Therefore, in his cubism, we can see most of the parts of an object in a single viewpoint.

In the focus of the oldest grammar book of painting composed in the BC Third century named “Chittrasadanga” and the related numerous discussions in regards to those ancient aphorisms of the grammar book, we can now easily determine out of any hesitation that our present discussion is going in the right direction. We can now proclaim that the original reality of a painting comes from the meditative intuition of an artist and this is why we always perceive the inner soul of an object in a modern painting based on the intuition of an artist that will never harmonize to any outer reality.