After the reformation of Ajanta cave painting, now it has been distinguished properly that the Ajanta fresco of the cave number 9 and 10, started from the era of Sanchi and ended in Gupta era. Philip Stern, a notable French historian established the time frame of Ajanta cave painting based on the 29 caves.  Intentionally, we do like to mean the second half of AD fifth century to the sixth century when we speculate about the cave painting of Ajanta since it was the time of highest degree of such masterpieces. Indeed, to understand the sculptures of the several parts of India, those cave paintings of Ajanta help explicitly because all the techniques applied on the paintings of number 9 and 10 cave was implemented later in the sculptures of Amaravati, Sanchi, and Vharhut. 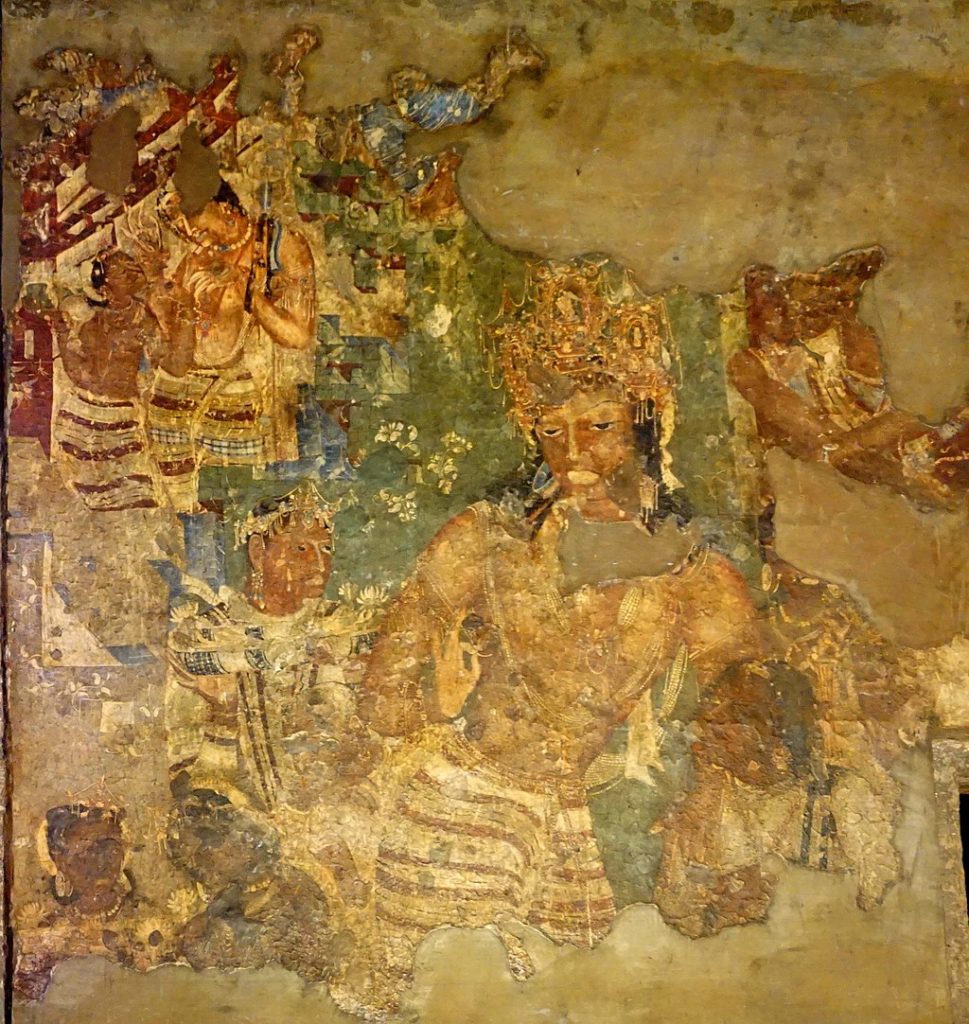 It seems to be awestruck when we take a glance at the frescoes of Ajanta because we will not find out any borderline between two compositions and it will look compact and congested. We need to have a vast knowledge of “Jataka Manjari” to identify the end of a segment in the total composition. There is no gap in anywhere in the entire wall of those caves yet astonishingly it does not have the harshness in composition, rather it fastened with a harmonious balance which is just outstanding! I just used the word, “harmonious balance”, actually, what is it? Indeed, you no need to have the widest knowledge about the paintings, while enjoying the cave paintings of Ajanta; only you need to keep your patience and start from anywhere to observe the cave wall. After a moment, your eyes will discover the details and all the figures will lax from a composition to interact with you. When you complete your observation, one of the figures or objects of that piece will take you to another segment.  After completing, it automatically takes you again in your absence mind, to another part of the composition. You will have an amazing experience when you move to the end and you will fall in the nostalgia of that ancient era. 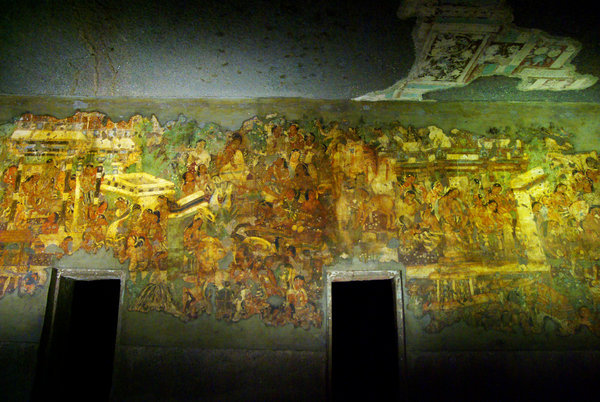 a composition performed widely by accumulating all the wall.

From the next chapter, our objective will be to find out; what was the discipline they followed to complete a composition, what was the competence of the rule they admired and which law dominated the artistic value. Some of those compositions were easier that based on the equal symmetry which we found on the groups related to Buddha. Those are not so significant composition; however, the aphorism of symmetrical painting has already settled before the time period of Ajanta as well as the repercussion of such method, we found in several Buddhist monastery and temple. Nevertheless, there are some paintings bearing significance without having the impact of the traditional symmetrical composition. One of the paintings titled, -“ The temptation of Mara” has broken out such tradition and vindicated the talent of the artist. (MARA, a supernatural character well known as the demon or the Lord of Death who challenged Lord Buddha and repeatedly baffled all the efforts of Buddha to fail to get his spiritual destination.)

Thank you for being a part of this journey. Will meet you in the next episode.